At this time of year it is my custom to review the year's posts to see which attracted the most visitors. According to my Blogger 'view count' stats*, the 20 below are the most-visited mitchmen posts out of the 119 published in 2018 (titles have links to the original posts).

The winner this year with an astonishing 2519 hits was my review of the IFNB fantasy site. This count smashes Woodunart's record of 1443 in 2016. I rarely feature full-on body-builders in this blog because I don't like vein-y skin, but IFNB's imaginative scenarios and sexy humour were irresistible. Interestingly my article on Musclemorphs created by 'BuiltBySteve', which was published late in 2017, had scored 895 by the end of 2018 and probably would have made the 2017 top 10 had it been published earlier in the year. IFNB attracted steady interest throughout the year and it will be interesting to see if that continues in 2019
.
Runner up Homoeros also exceeded the 1000 mark and just pipped Sparkieshock in the final days of the year. Six of the eight articles I published on this artist made the top 20 with the other two not far behind. This artist combines some fairly extreme fetish areas with visually attractive images and I expected him to do well here but it's nice to see his subtler, non-S&M imagery also doing well. Of course, Homoeros' multiple successes tends to diminish or block out other worthy and popular articles so I have also prepared a table limiting Homoeros to just his top scoring entry.

Sparkieshock's art at No 3, has similar qualities to Homoeros but with a slightly softer and more accomplished style. He takes Bound Gods style electro-torture scenarios to a level that you might call hyper-realism. In their different ways, these two artists show how art can depict what video makers cannot. The lycra art of Opemam77, further down, unexpectedly completes a trio of 'modern' artists.

Last year my article about Mitch Colby and his dual fetish and wrestling careers did well, but that was eclipsed in 2018 by the 'Wrestling Arsenal' review which is the first ever December post to make it into the top 20 (thanks more to the referrals from that site rather than my journalistic talents!). Naturally posts from January have an enormous advantage over December in simple hit counts terms, in fact 11 of the top 20 articles this year come from Jan and Feb! So it's not surprising that nothing else after August even made the cut, which at 472 was the highest ever, beating the previous record of 426 in 2014. All articles scored higher than the equivalent ranking position last year, most by substantial margins of 50% or more (View last years table). This is partly only partly accounted for by the 25% increase in number of visits to mitchmen overall.

Other notable entries are the two follow-up articles featuring Milking Factories which almost matched the success of the original Milking Factory fantasies published in 2017. The popularity of this scenario is not hard to understand, being built on a fundamental male fantasy for tops and bottoms alike. The best of these artists bring it to life on a scale video creators could not afford.

The remarkable Tentacles GIF not far behind completes a memorable top-6 line-up
(with 'Rogue 11 at no 20 making it a double debut year for GIF's in this review).

'A-Z of Fetish Artist' articles used to feature prominently in these charts and it's good to see 3 of the old-guard (B2, Malex and Ajay) making an appearance. I'm pleased two of my own creations also made the adjusted top 20 – 'Last Chance Saloon' and the re-captioning of Julius 'Pirates' image. Seven of the top 20 articles were photograph-based up from 4 last year

Average Hit Rates
I mentioned above how early articles benefit from being visible for a longer period of time, so finally, I worked out how this table would look if I took into account the publication date (i.e. days on the site) as well as the total hits.

On this measure (ave hit rate per 365 days) Wrestling Arsenal (9,195) takes top spot by a colossal margin with IFNB (3,096) second. Then comes Homoeros-1 (2,426), Milking Factories and Sparkieshock. The rest of the order doesn't change much.

However this method is no less flawed than the simple comparison of totals, giving undue weight to later postings which fit their initial surge of readers into a shorter timescale. Wrestling Arsenal is a telling example and most December posts multiplied by 12 would challenge the leaders.

Remember, this comparison is only made for entertainment, since I don't really know how accurate Google's stats are, I suspect they don't even count people who just browse through the blog roll.

Thank you to all my readers for your interest in my blog,
I will publish the updated all-time list of favourites shortly. 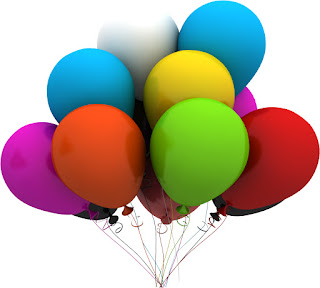