Guys in Uniform - 10 A sailor and a soldier

Postscript (September 2011)
It turns out I was completely wrong to attribute this picture to GIU
- it's a genuine Royale picture, see Royale Article 17.
But otherwise my observations stand. 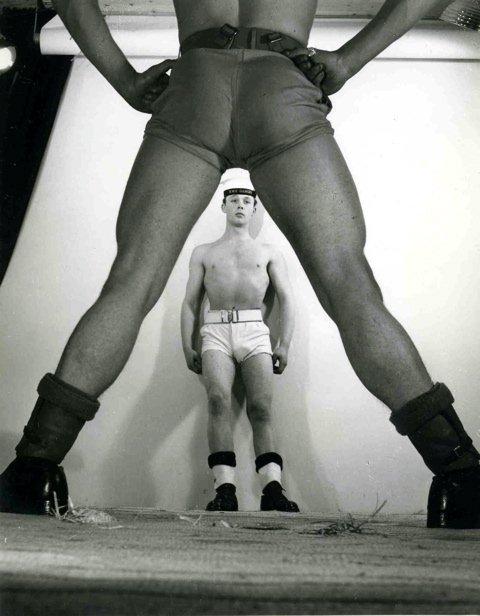