Greg Garcia doesn’t have a strong presence in my collection so I won’t attempt to provide any sort of authoritative analysis. His cartoon series called ‘Hawk’ has attracted my attention, it depicts the adventures of a motorcycle-riding, S&M enthusiast. The characterisation of the ‘tops’ with walrus moustaches and long swirling hair leaves me cold, but that’s just a personal preference. On the other hand the depiction of young men undergoing training as shown in this example does have great appeal.
. 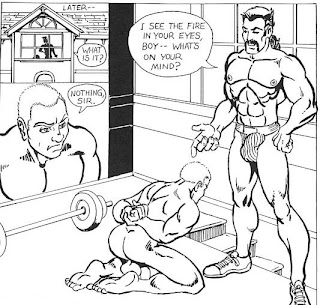 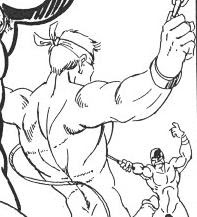 You can turn up references to Greg Garcia on the internet. He has contributed to the ‘Meatmen’ series of books, but I can’t find a website for him. I hope to expand this article some time in the future.


After the rich choice of artists for the letter ‘F’ the only names I have found for the letter G are Garcia and Gicquel. There are some interesting artists working with computer generated images in the ‘G’s (Gorka, Gilgamesh, Greasetank) but sadly CGI doesn’t qualify under the criteria for this series.
.
Xavier Gicquel is a mainstream artist with a fascinating style. He uses strong lines to delineate the figures and their clothing and often uses a palette of rich bright colours. The backgrounds are equally strong and this, combined with the use of “naïve” perspective produces an ‘flat’ effect. The overall result is reminiscent of mediaeval stained glass windows and very attractive to view. The stylised trees in the example shown enhance this feeling even more.


The naïve feel carries through into the depiction of the figures as well who are often slightly overweight with chubby, short legs and dressed in clumpy shoes or boots producing a bottom heavy effect. However the naivety stops at the waist, he does a nice line in hairy bodies and manly faces which always wins my approval.
. 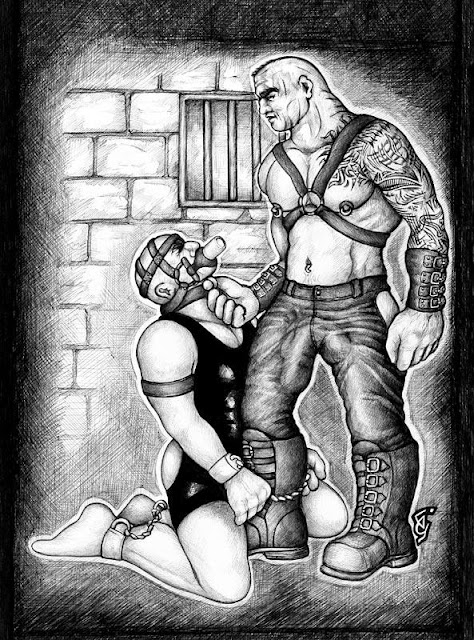 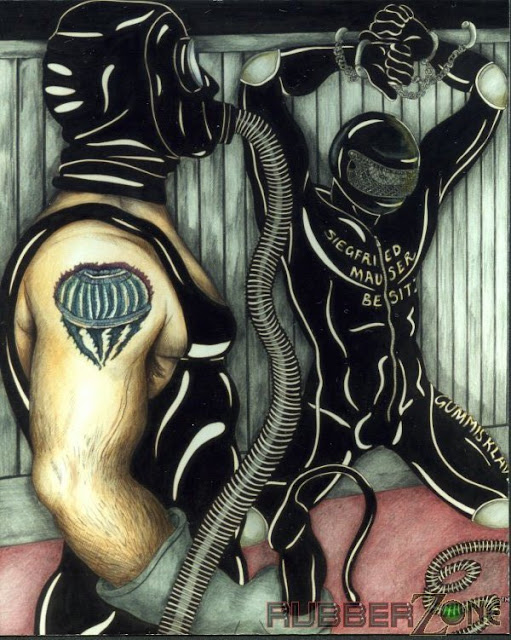 This is a detail from my mini-series of drawings called 'The Desert Rat'.
It's one of my earliest sets.
I'll be posting the full set at mitchmen (yahoo) this coming week.
. 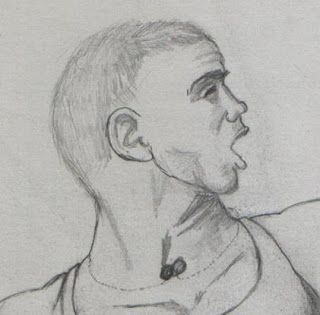 The story is set in the Western Desert during WW2 and concerns an English soldier who is captured whilst observing enemy troop movements and faces a long and painful interrogation.

Posted by Mitchell at 07:55 No comments: