With Tom completely stripped and totally unresisting,
the two security men force him to sit on a kitchen chair
they have placed in front of the fire.

Tom hopes he might get the chance to plead his case with them now.
Without his clothes, he can hardly run away from them.
Not on a frosty night like this.

Behind him the fire begins to blaze merrily,
consuming his peeled off jeans.

Read this series from Part 1
Posted by Mitchell at 15:38 1 comment:

Despite Tom's willingness to co-operate,
his captors continue to forcibly subdue him.
In the struggle expensive Christmas packages are sent flying
and Tom's cheap and well-worn T-shirt is ripped from his body.

Read this series from Part 1
Posted by Mitchell at 11:20 No comments:

Tom notices that his attackers are not Policemen.
Perhaps, if he can tell them his story,
he can persuade them to let him go.


But before he can even try,
their unconventional procedures reveal
damning evidence of premeditation.


Read this series from Part 1
Posted by Mitchell at 10:00 No comments:

The attackers measured violence
has been designed to work on hardened thugs.
But Tom's not in that league,
his resistance is snuffed out in no time.....

.
.
The lights go on.
Tom sees the uniforms.
Caught in the act, cowed and shamed,
He submits to their indignities.

Artists Note - this image (and others also numbered 306 that will follow soon) are the original drawings that made up this story when I dreamed it up many years ago (more details here). For this series I have elaborated the narrative a little particularly the characterisation of Tom. I have also coloured the pictures to take advantage of the Christmassy setting.

Read this series from Part 1

Posted by Mitchell at 10:00 No comments:

Tom is totally bewildered by the sudden, unexpected assault.
The perpetrators are calculating and efficient,
Intimidating him - and processing him
so he cannot harm himself in custody.

Read this series from Part 1
Posted by Mitchell at 10:00 2 comments:

This posting is especially for anyone who is alone or who feels alone this Christmas.
I hope you all are enjoying my little drama.

Tom is indignant.
Only a banker would give his child
a present of an empty box, which he has to fill for himself!
Tom's emotional and angry feelings distract him........

Read this series from Part 1
Posted by Mitchell at 10:00 No comments:

"A Christmas Criminal" by Mitchell (Parts 6-9)

Tom has decided that there's only one way to salvage Christmas for his family
Since that fateful evening in the pub he's been here several times - just looking.
It's so remote he's convinced he can be in, out and away before anyone can react.
He puts on gloves and a mask.

To his surprise, Tom finds a way in quite easily and it's clearly not alarmed.
It's his first bit of luck since he lost his job.

Inside it's warm and cosy, coals glow in the fireplace.
There are sparkling festive decorations everywhere.
Extravagant presents are piled under an enormous tree.
Tom had come looking for money and valuables he could sell easily,
but now he sees an even better prize.

Tom's unable to resist the lure of Christmas offered to him on a plate.
But finds on closer inspection that all that glitters is not gold in this household.
Even though he's disappointed, Tom's first thought is sympathy for someone else.

continued in Part 10
Posted by Mitchell at 10:00 No comments:

"A Christmas Criminal" by Mitchell (Parts 1-5)

This series has been running at my Yahoo Group for some days
and I am replicating it here over the Christmas period.
Click on the pictures to expand.

It's a cold night in December, a few days before Christmas.
In the 'Bricklayer's Arms', deep in the shadows of Canary Wharf,
a young man sits alone, grimly contemplating his future.

Even in his misery Tom can't escape from bankers.
Two of them come in, noisily celebrating their Christmas bonuses.
Loudly they discuss the burdens of extreme wealth.

The banker's life of luxury makes a stark contrast to Tom's bleak outlook.
Drunkenly he visualises taking his revenge.

Finally Tom can't stand the bankers bragging about their money any more.
He downs his drink and leaves, so not hearing the end of their conversation.

Christmas Eve.
In the distance a choir is singing ...... 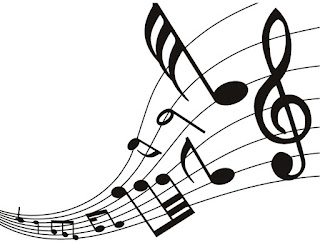 Tom still hasn't told his family that he's lost his job.
To hide his terrible secret he walks the tinselled streets alone all day.
Now on Christmas Eve, he finds himself in front of the banker's mansion. 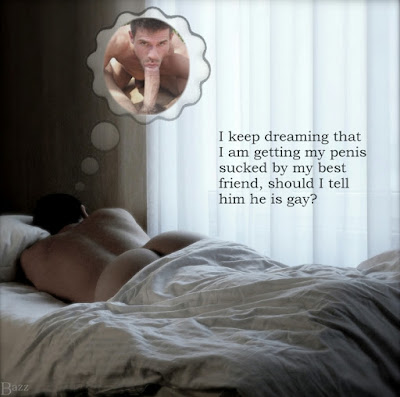 Bazz is a regular contributor to GMBA (see sidebar for current link) where his photo-manip posts are quite often gory and shocking, but I very much enjoy his gentler humour too.

I've posted another sample previously: - The Job
Posted by Mitchell at 17:02 No comments:

I have updated my A-Z article on Axel by adding more pictures which give a better idea of his style. This is in support of the reference to him in my last post but I haven't done a full upgrade on the text yet.
Posted by Mitchell at 18:22 No comments:

There's a good selection of fetish artists under the letter 'V', notably Valentine, Victor and Viste. As usual I have excluded CG artists like V-Teddy. To start the series I've picked out this image. It's attributed to an artist called Veresk. 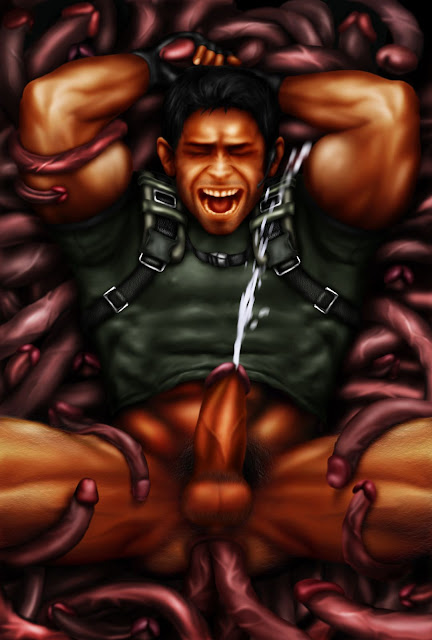 Tentacle imagery is creeping into this series with increasing frequency and, as I have remarked before, this very static, open-legged position is the hackneyed, standard format of the genre while Chris Redfield as subject matter is not far behind in repetitions. It's a bit like the song writing competition in "The Mastersingers of Nuremburg" where every entry has to conform to certain ancient, unchangeable rules. It ain't a tentacle picture if it doesn't have these features. The contradiction between Redfield's supposedly dynamic 'game' personality and his passive, relaxed, receptive pose in this nest of tentacles is hard to understand but I've let this illustration through because of it's obvious quality.

I've not found any other work by this artist, which is surprising considering his obvious skill so there's a bit of a question mark against the name attribution. The colouring and fuzzy style is not unlike the artist Axel.

Posted by Mitchell at 09:16 No comments:

The Art of Tacitus

Tacitus has created a nostalgic selection of bondage images in the semi-realistic cartoon style traditionally used in the commercial marketplace for comic books aimed at the 'intermediate' youth bracket. In keeping with that tradition the age of his captured heroes is somewhat ambiguous but they seem sufficiently mature I think to include here.

This image depicting the capture of a young man, who has no doubt been interfering with the plans of an evil gang, is carefully drawn and full of endearing little details - like the crumpled bottoms of the jeans, the puckered stitching of the villain's puffer jacket and the dangling belt tongue.

In this sequel, the bondage has been augmented with a good deal of rope but as you can see the treatment of the captive by the gang is otherwise entirely proper and Tacitus leaves it at that, in keeping with the mores of the mainstream publications which he emulates.


The artist is rather less circumspect in this example with a mildly erotic depiction of a young Tarzan being taken prisoner by a gang of slave traders. Tarzan's skimpy outfit is in accord with the original story but the interesting shaping speaks volumes! The contrast between Tarzan's near nudity and his fully-dressed captors creates a frisson of helpless as he is abducted into a very different world. The attachment of ankle irons is a hugely symbolic and effective detail. I need hardly point out that the stereotyping of the Arabs is questionable, but it does lend power to the drama of Tarzan's emphatic subjugation. The representation of the other, Black captives in the background as would-be slaves is less easy to defend.

Another slave scenario, from the Roman era ostensibly, but the captive's trousers and belt suggest he might have arrived here from a later time making his predicament in the pawing hands of another unscrupulous slave dealer just that bit more strange and frightening. (And perhaps a little stimulating).

Stripped naked, the slave's body has suddenly acquired an attractive, sensuous quality and he trembles as two potential buyers explore those attractions at close quarters. This picture is the most overtly erotic of my selection but the conventional teen-comic uses of this drawing style seems to apply a veneer of  harmless adventure to the scene. In a way this gives it a nightmarish quality, a world not behaving as it should. It trivialises the gravity of the prospective slave's situation, but we (like him) can perceive in the portrayal of the two wealthy Romans two different but both unpleasant and demanding personalities. The captive seems to appeal to us to intervene, but he is trapped in the comic dimension and beyond all help.

~
See also Tacitus abducts a swimming team at mitchmen blog 2022
He has a small volume of work published at Tacitus on Deviant Art.
See also TacitusComics (link copied from Telemachus)
I'd welcome any other information about him
Posted by Mitchell at 16:00 No comments: