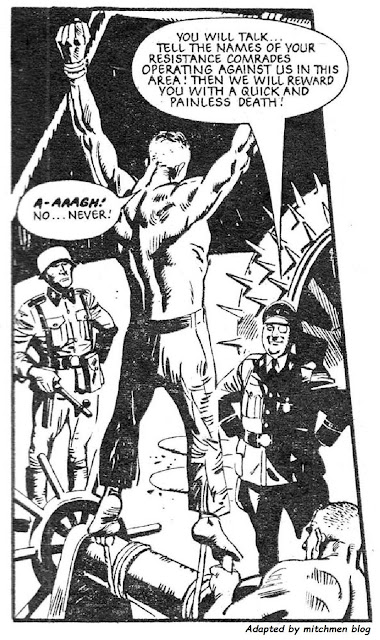 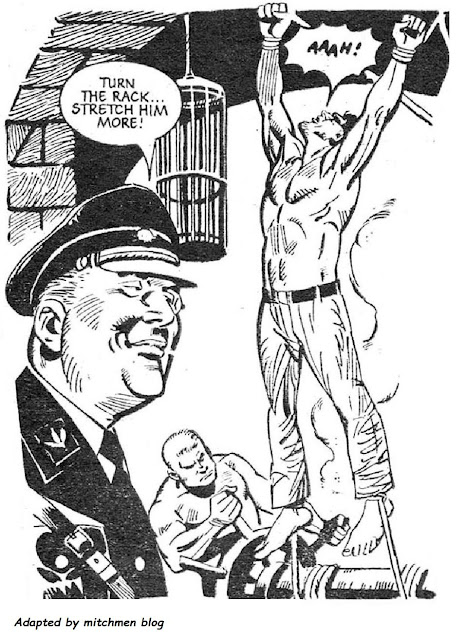 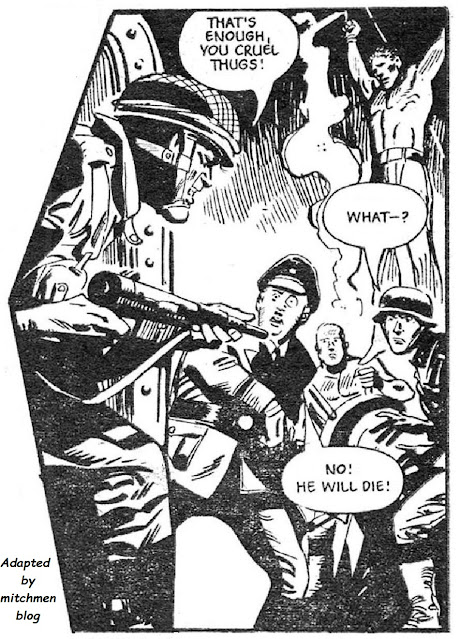 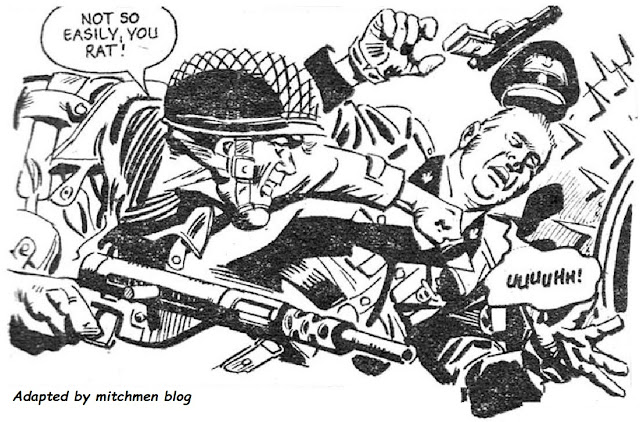 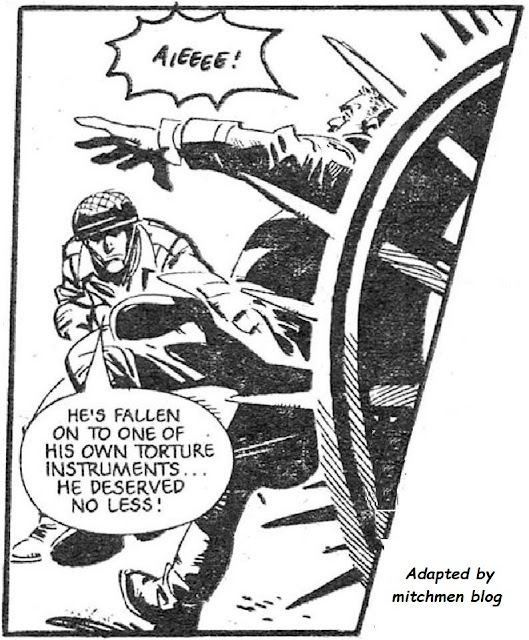 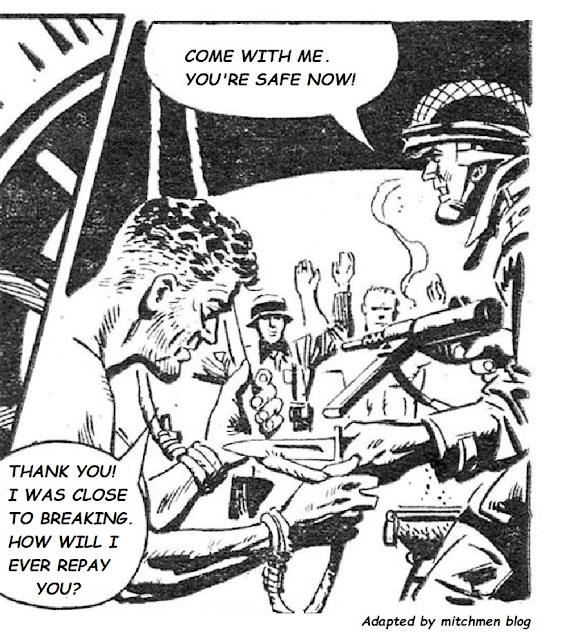 I expect he'll think of something!

Following the suspension torture of 'Hung Out To Dry', an evil villain with a taste for retro-torture in the medieval style. The hero and his torturer are both stripped to the waist in accordance with ancient norms although the swirling smoke/steam suggests this dungeon is quite warm anyway. Converting the traditional rack into a vertical, unsupported position is a fiendish adaptation which provides extra scope for access for all kinds of purposes, although intimate interrogation as the evening wears on might require a step ladder. The giant spiked wheel which brings about the demise of the villain is not entirely original, but it's presence adds to the sense of macabre brutality. The investment in this dungeon must be quite considerable!

These pictures are taken from Battle Comic 345 (1981).  They are pretty much unchanged apart from the dialogue in the last frame where I have added a suggestive twist to the original words. I have also removed obvious indicators of nationality which are not relevant to these posts. This could take place anywhere in the world in wartime. The original page is shown below (click to enlarge). Strangely the prisoner stops to dress himself before he makes his escape with his rescuer, dimming hopes of a raunchy celebration afterwards. 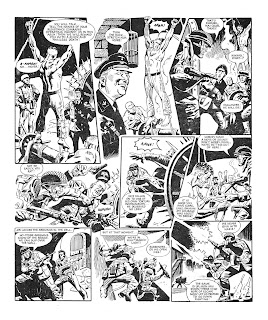 This is No 22 of the 'mitchmen at war' series,
to see the rest click on the 'War Comics' label below.
'Bizarre Punishments' is a subset of that series,
there's an index of the previous ones in 'Hung Out To Dry'
~
N.B. I have also updated the images for No 11 of this series
Posted by Mitchell at 09:53