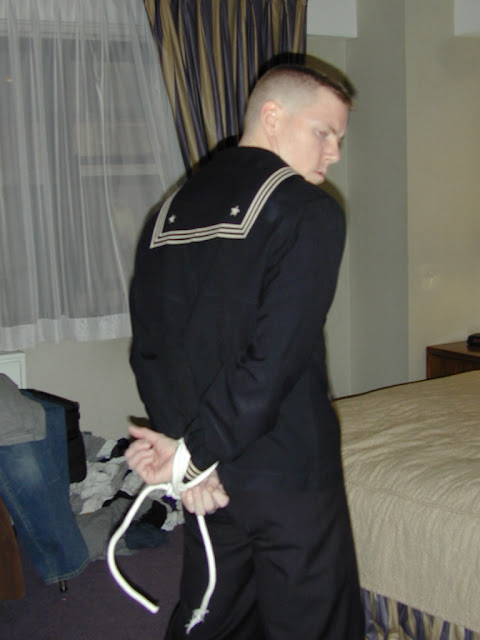 Another classic bondage scene by Bound and Gagged
A sailor on the town in full dress is not a common bondage subject
surprisingly so given the head-turning attractions of the uniform. 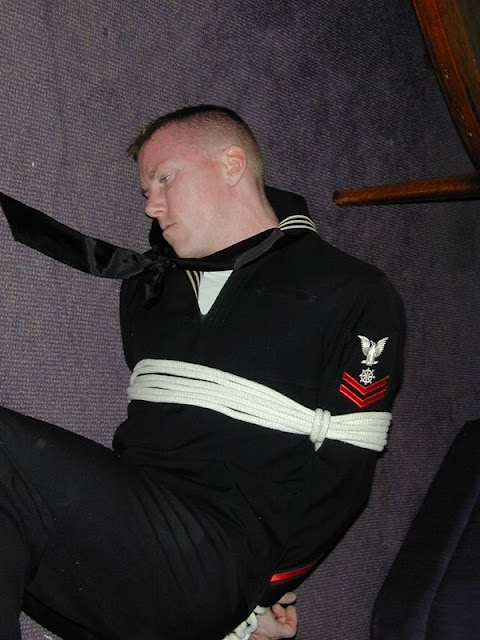 There's a sophisticated sexiness about this fully clothed series.
I love the authentic, neck-enhancing haircut and slightly glum look
As though he thinks he's seen the last of his wallet. 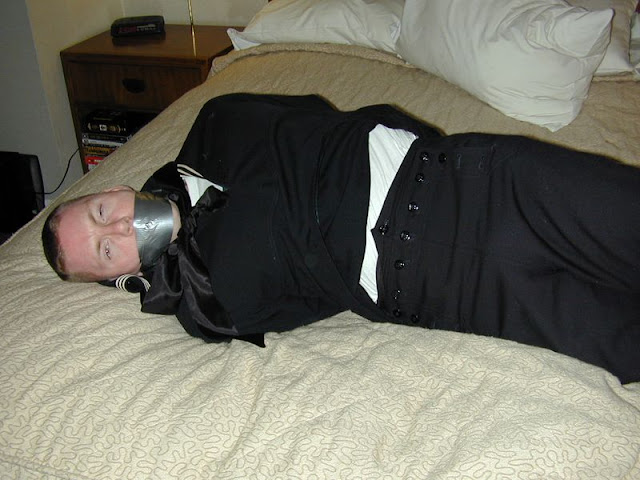 How can a row of buttons and a flap look sexy?
Well they do and who could resist tackling them? 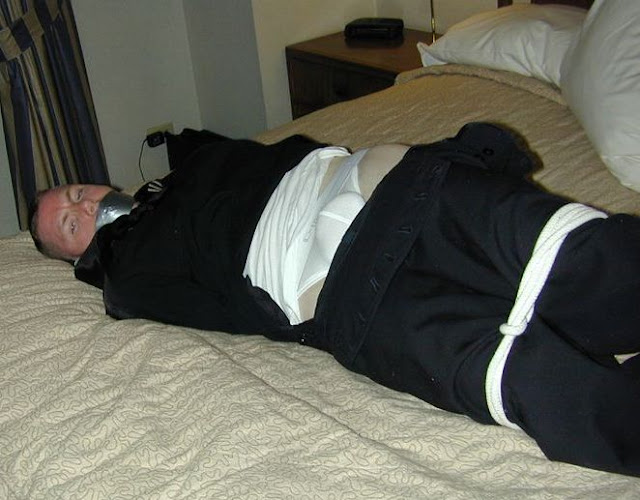 With buttons undone and flap down, a very nice tight package is revealed
tantalisingly peeking over the top of the lowered trousers 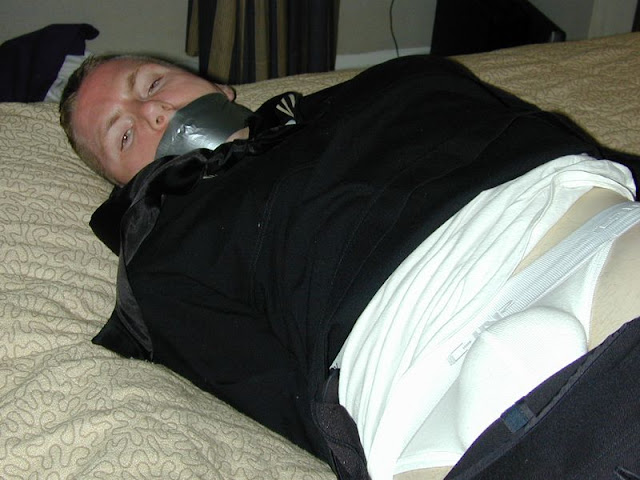 Unfortunately white underwear is vulnerable to glare in informal photography
but close up, the mound close is still enticing.  Yum, eat me, eat me!
(Is that regulation underwear?) 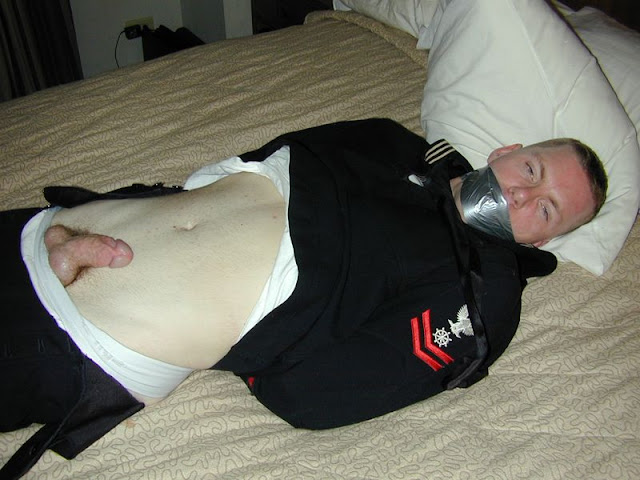 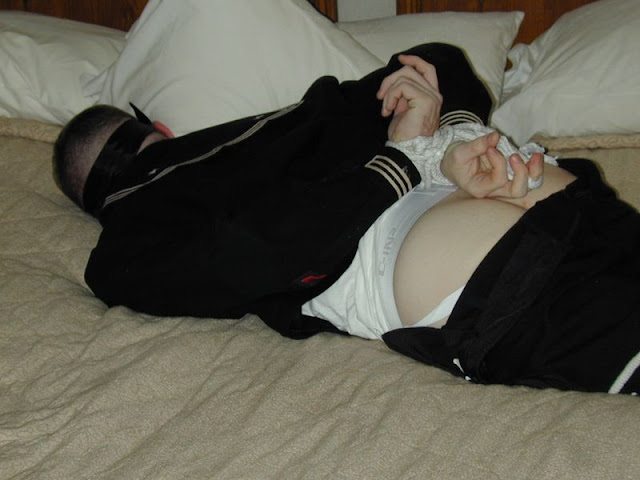 Full Nelson - England expects every man to do his duty.
The rope ties on the wrists look exceptionally  secure in this shot.

You can see more of model Austin Edwards at Bob Wingate's blog
which is crammed with other B&G photo sets you didn't know you knew.

There's also more in my Tribute to "Bound and Gagged" Magazine series of articles.

The title of my article is taken from Etienne's well known 'Sailor Beware' series about two sailors who are plied with drugged drinks in a Middle Eastern bar and kidnapped to be sold into slavery.

For more posts on sailors click on the 'sailors' label below
or see 'In Praise of Sailors' series
G
M
T
Text-to-speech function is limited to 100 characters
Options : History : Help : FeedbackClose
Posted by Mitchell at 07:01