A-Z of Fetish Artists - 'The Overcoat'

The Overcoat
I'm not sure this artist regards himself as a fetish artist, his site at Deviant Art contains mainly vanilla stuff but I thought it was worth presenting this selection picked up via GMBA Group (current link in sidebar). 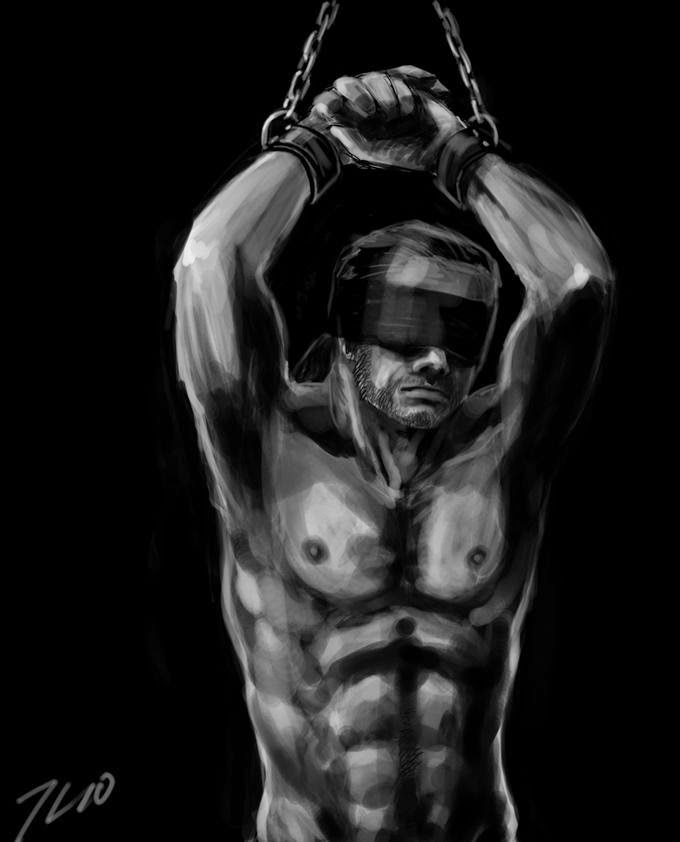 This single picture earns The Overcoat his entry here, I love the dark, brooding atmosphere. The painting style is quite coarse particularly on the torso, but the amount of character packed into the captive's face is impressive, all the more so considering he's blindfolded so the eyes cannot be seen. The waist level cut-off leaves us guessing about his state of undress but the bold highlights on the right side of the body suggest a figure worthy of inspection. 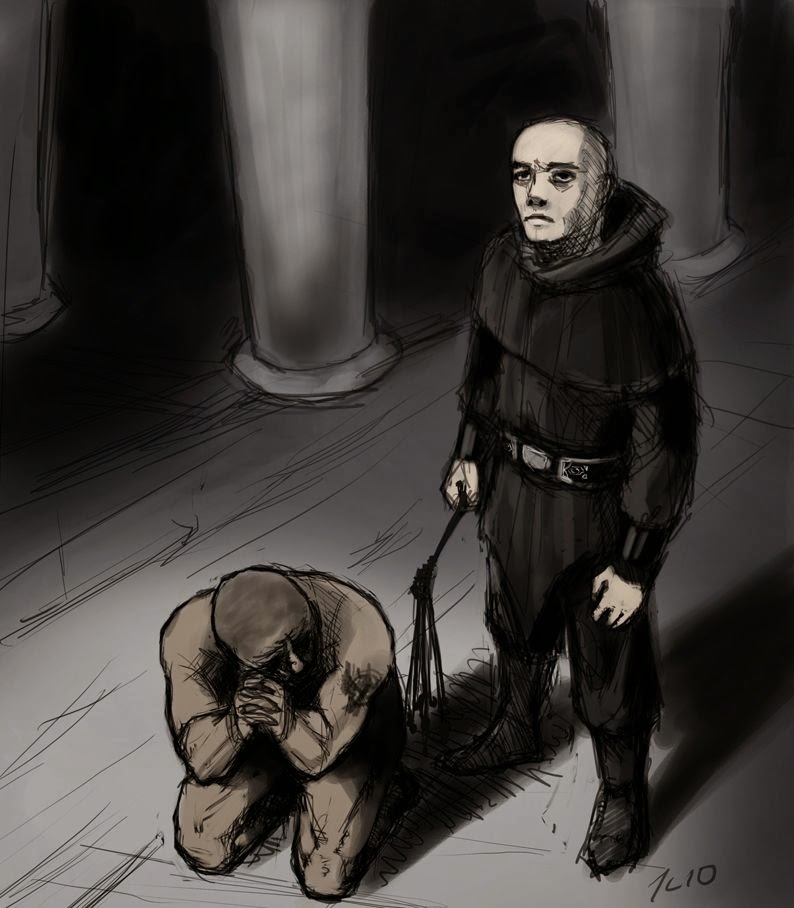 The Overcoat – Guide Me

The atmosphere of menacing gloom continues in this picture with clever use of an elevated viewpoint to embellish the pseudo-spiritual subject matter. Allusions to religion are a big turn off for me but it's easy to imagine a secular scenario.

The simply-depicted face of the monk is striking for it's authentic expression of pious respect, but it's blankness creates a sense that this is a man who is lacking in human warmth and feelings, hence his reliance on a higher power. The crouching, naked penitent seems to have taken on the near-human form of a gargoyle-like beast, a tempting target for chastisement in conventional religious teaching. However, this real-life confrontation with the deformed and despised seems to have given the monk an unexpected dilemma of conscience. 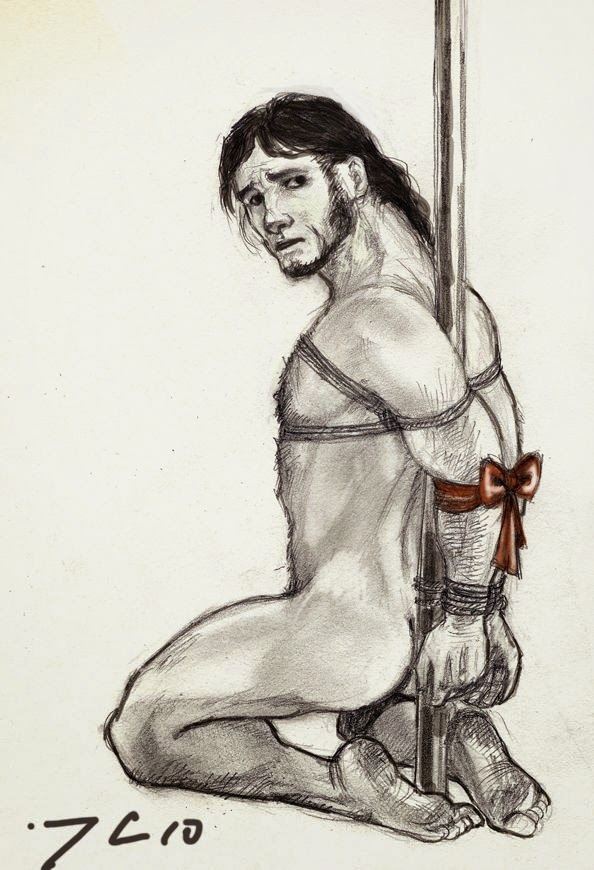 The Overcoat – and a Happy New Year

I like the simplicity of this bondage image, the captive's arms are pulled back just enough to feel the restraint and reveals a body which is refreshingly real, with just a touch of muscle and hair. He's been given another characterful face and looks pretty apprehensive about the situation (threat of a haircut perhaps?). His lack of festive joy at being cast in the role of the 'gift-wrapped man' is an unusual take on the theme and gives the normally clichéd bow of red ribbon a whole new lease of life as a symbol of ownership.

'Overcoat' is a Finnish artist and I suppose the odd choice of name conceals a rather more complicated real one. These dark and brooding pictures certainly fit with our perceptions of the Scandinavian psyche but contain few clues to the artist's thoughts beyond the simple situation portrayed. The pictures in this selection appear to anticipate scenes of unpleasantness, but in other pictures by the artist, the captor is kissing his captive so we're not necessarily in heavy territory here. However, their muted eroticism and lack of explicitness encourages the viewer to imagine for himself. His skill with faces helps in making a connection with the individual portrayed and his helpless state.

See more of The Overcoat at Deviant Art,
if anyone knows where he posts more fetish-y stuff please let me know.
Update:- I have now stumbled across a second gallery for this artist at Deviant Art called 67percentobsession

For previous articles in this 'mitchmen' series click on the A-Z label below
Posted by Mitchell at 09:41