The Heavy Bondage blog has a good selection of images, I thought the ones below were particularly interesting, all of them having the great virtue of simplicity. 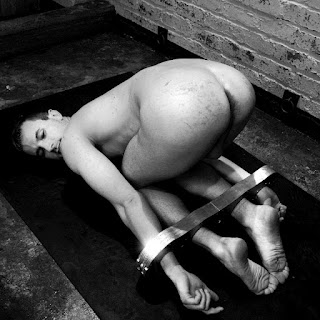 This restraint device is uncomplicated but apparently highly engineered and solid, suggesting that escape is not an option. It's an embarassing and vulnerable position for the handsome prisoner. Closer inspection will reveal that he's begun to sample it's possibilities. 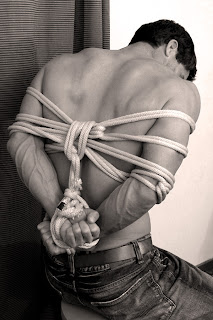 This rope harness is equally tricky, the upper arm restraint makes it harder to wriggle the wrists free. The jeans allow us to think that this is not simply part of a dungeon game but something more real. 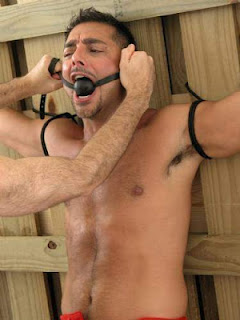 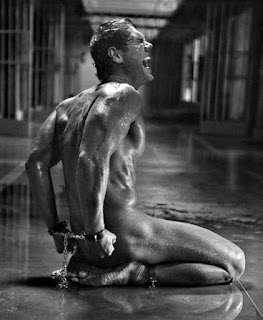 I like to see clothes but nudity certainly works in this image.
The shackled prisoner cries out in despair, his body gleaming with the sweat of his torment.
Posted by Mitchell at 11:42