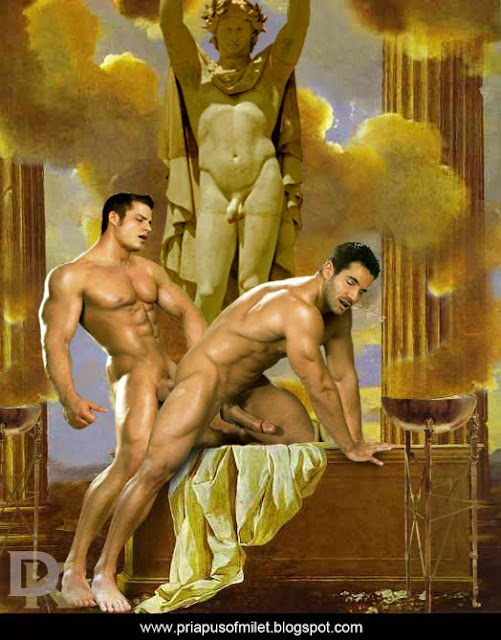 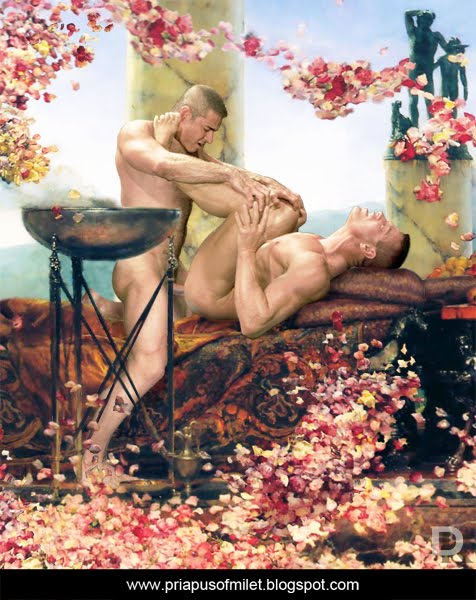 There is a self-conscious 'arty-ness' about his work as he shamelessly plunders the world of the great masters and modern art for ideas on imagery and presentation, including Pierre et Gilles in this example, but to me at least the end result is original and interesting, experimentation rather than copying. There is a sense of of gay love being given the respect it deserves by association with this great artistic legacy. 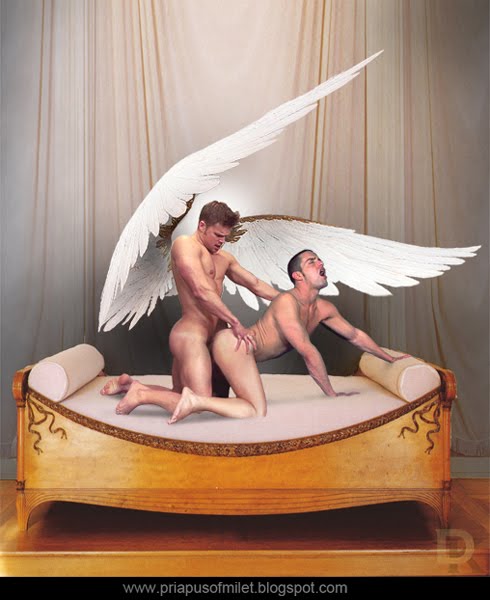 Inevitably traditional sources lead Priapus to mythological and religious subject matter. The 'Heavenly Creatures' series features heavyweight angels, who are muscular not only in physique but with mighty wings as well in classic renaissance style. They are shown copulating on painted ceilings or descending to earth to take mortal men in their beds where their wings become a striking expression of masculine, protective power and purity - truly the man of your dreams!

Wow, these are really remarkable. Thanks for finding this stuff.

Woof! No bondage but so damn sexy!

I've viewed laocoon at Priapeia and wanted to ask: can you make a comic in which a sexy devil statue comes to life and a real hard fuck guys? with kiss, suck dick, etc.

Well you can ask! I was quite interested in statues coming to life at one time but have moved away from fantastical stuff of late. I recommend you to check out Etienne's and Roscoe's work on this subject.