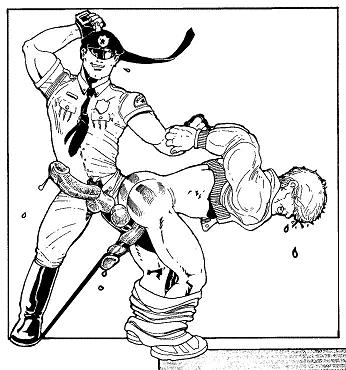 A brief mention for Brad Parker aka Ace Moorcock whose comics depicting the wild adventures of Jason,
a seemingly naïve country youth complete with floppy blond hair, are often sprinkled with fetish references like restraint and spanking. 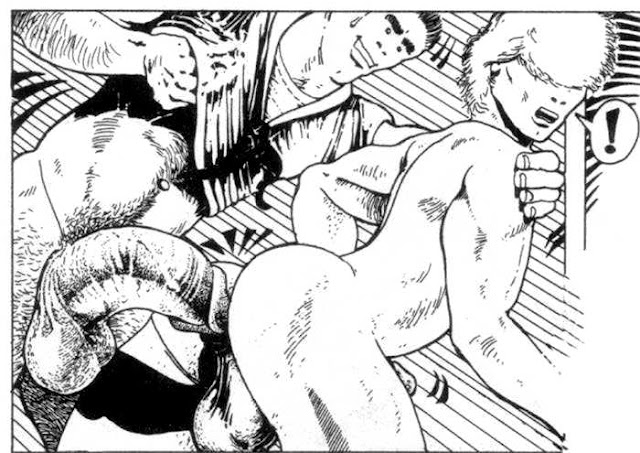 His downfall is his clothing which invariably reveals a bulging appendage, irresistable to the men he encounters. Parker graphically depicts their lust-filled eyes as they sieze poor Jason and plunder his buns with their own ample organs and you are never quite sure if the activities are consensual or not. 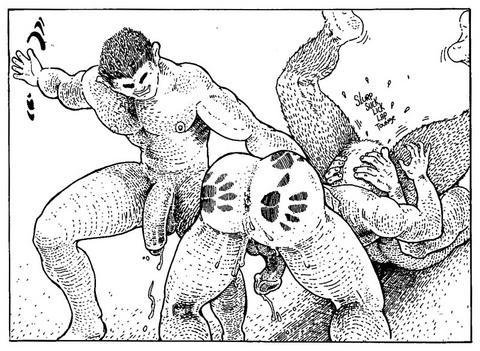 These are primarily sex comics and as such they work very well with close-ups and strange angles of view that sometimes take a bit of working out but give a tremendous sense of sexual energy and sheer lust. Somehow though, for me, the fetish scenes don't seem to reach the same heights as the purely sexual ones and this selection reflects that odd discrepancy.

I've not found a website for Brad but you can Google lots of examples of his work under both names.

For earlier posts in this series click on the A-Z label below
Posted by Mitchell at 08:09