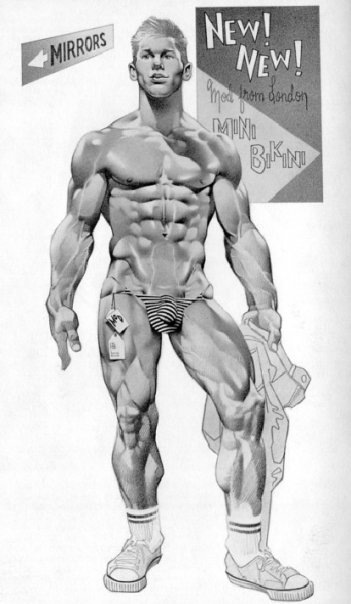 Skimpy Bikinis with bold designs were a feature of many of Harry Bush's stylish drawings in the 60's. The mini bikini above attributes the style to London fashion - this was the 'swinging sixties' - but I doubt that you'd see clothes like this (or men like this!) on any British beach in that era. 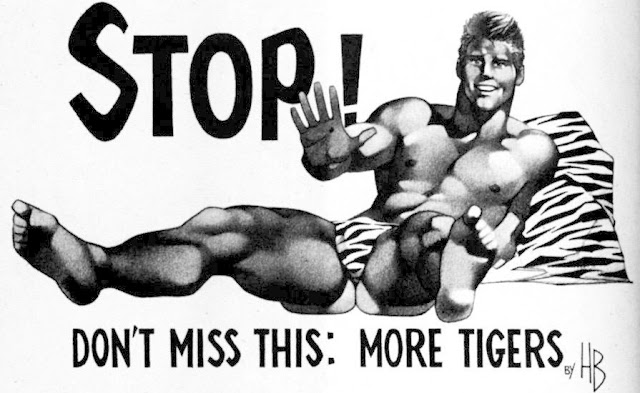 Bush's pictures show them being worn by a handsome, young adonis who wants to show off his assets and torment and exploit older men, less gifted by nature, who happened to pass by. 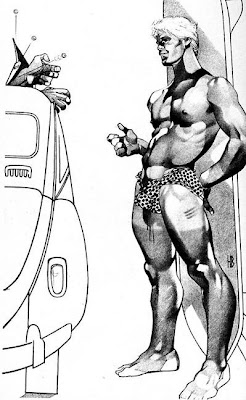 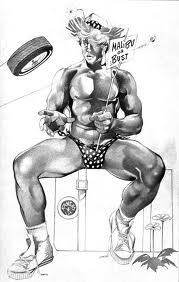 I always assumed there was a lot of artistic licence in the flamboyant designs especially the polka dots used to stunning effect on these passing motorists, surely no-one wore these! 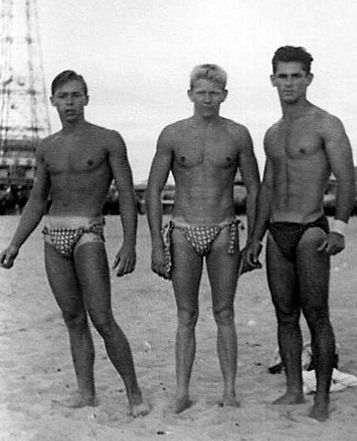 However, I recently discovered. this interesting photo showing two guys wearing identical side-knotted polka dot bikinis. It's from the 50's according to the title, quite daring I would have thought for that time. Two on the same beach seems quite a coincidence, perhaps this was Life imitating Art, two Harry Bush fans paying tribute. Who knows?

See more in my A-Z article on Harry Bush
Posted by Mitchell at 20:18

Sorry Mitch! Britain led and the US meekly followed the diktats of fashion!

At my boy scout camp in the 50s one of the lifeguards always wore a bathing suit like these. There were no gay people then so obviously he couldn't have been gay. And all the other "straight" boys enjoyed looking at him.