A selection of pictures from Turquine's blog . Turquine has been producing spanking pictures for quite a while using CG techniques - which means he won't be eligible for my A-Z of fetish artists when it gets to 'T' sometime next year - so I'm giving him a mention now. 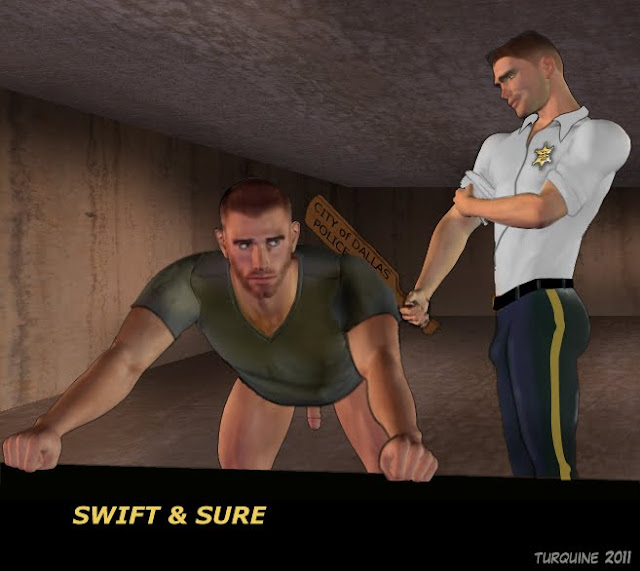 I love the willowy figure of the the cop in this picture - and the victims face, which is handsome and seems too masculine to be the face of a person who could end up in this situation. His anxiety and humiliation are clear.

Recently Turquine has been experimenting with soft textures in his pictures, a development which I am following with interest. It means his characters don't end up look liking like plastic dummies but have an essence of realism in a painterly sort of way.. 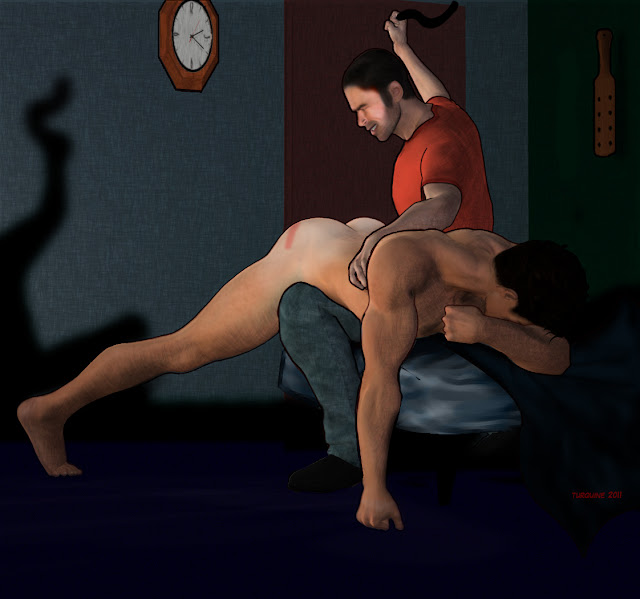 
In this picture the severity of the punishment is neatly expressed by the drawn back arm about to descend and the victim fighting back his tears. The rugged face of the spanker has an evil leer which suggests he has waited a long time for this moment of satisfaction. I also featured some of Turquine's faces a while ago at mitchmen.com

There's a simple directness in Turquine's art that captures the violence and pain of spanking very impressively. The addition of 'speech and sound effects' may upset purists but it certainly adds to the impact (!) of the image. This picture is from a lengthy series depicting the punishment and humiliation of Jason, a student, by his father.

You can follow the story at Turquine's blog here