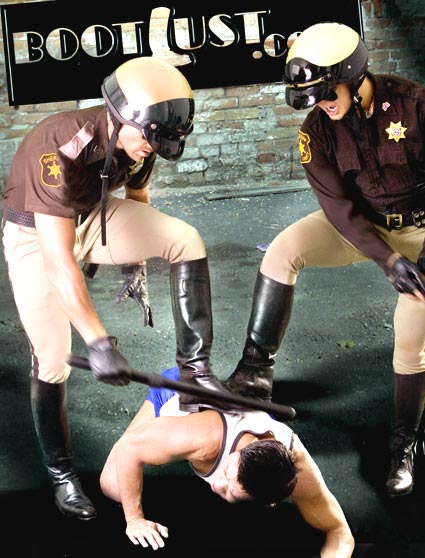 Dawn Patrol in the City Park now became a popular shift.
Vagrants and homeless people sleeping out on the benches were left alone
and attention focussed instead on the abundance of athletic men
that were to be found there exercising before going to work,
blissfully unaware that jogging in the Park precincts
(especially in skimpy clothes)
had become a misdemeanour under the new stricter regime.

Orig published as part of ‘The Cops Companion’ a series of photos selected to accompany and complement Mitchell’s story ‘Neighbourhood Cops’  at mitchmen at Yahoo! See sidebar for link.
Posted by Mitchell at 11:32