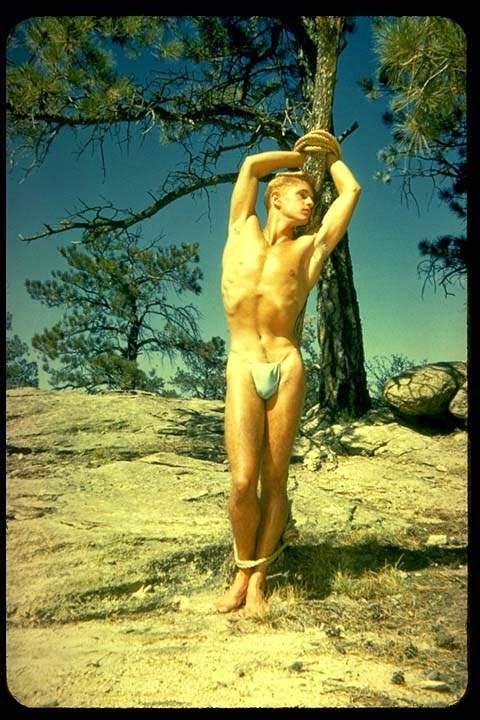 This image of Mark Nixon by WPG has many of the bondage shortcomings I mentioned in my last post  - loose ropes which are not really tied and a fairly relaxed model - but it has it's compensations.

The hands over head and feet together pose really shows off the model's lean physique and long, long legs.  This also constitutes a seriously vulnerable position when in bondage, particularly when coupled with his near nudity and the open air setting. It closely resembles the classical images of St Sebastian and hints of serious danger to that beautiful body. 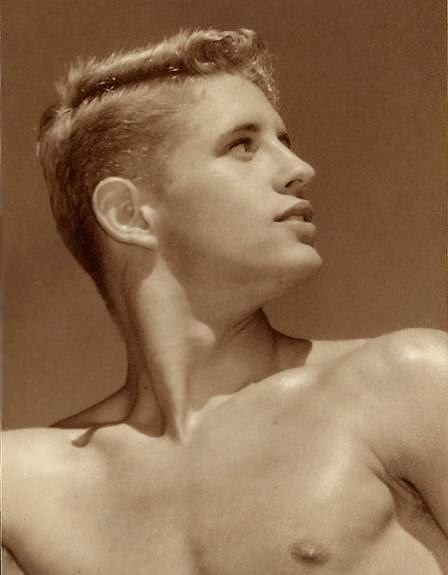 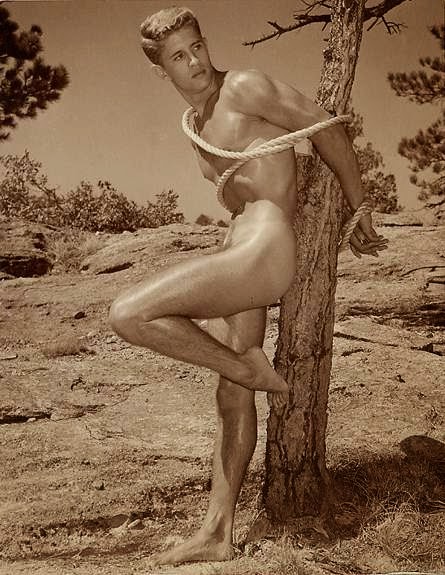 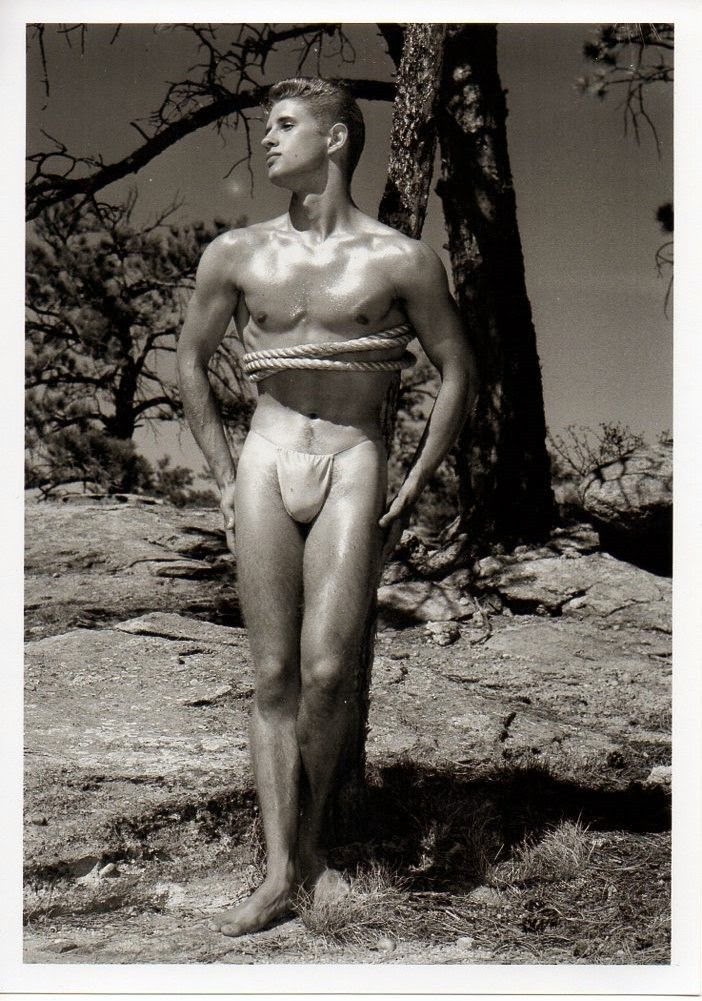 Two more pictures from the same set which are rather less exciting but I like the hands behind pose on the right. The raised leg trick does nothing for the fetish atmosphere but it does allow his total nudity and you can imagine tying his ankles together yourself. The model's slightly worried look in this picture adds greatly to it's impact. You might think he's seen an archer approaching, but more probably he's concerned about losing his posing pouch! The controversial garment in these pictures is slightly better fitting than those in the last post and fits into the pseudo-classical theme more naturally than the motorcycle scenario seen there. 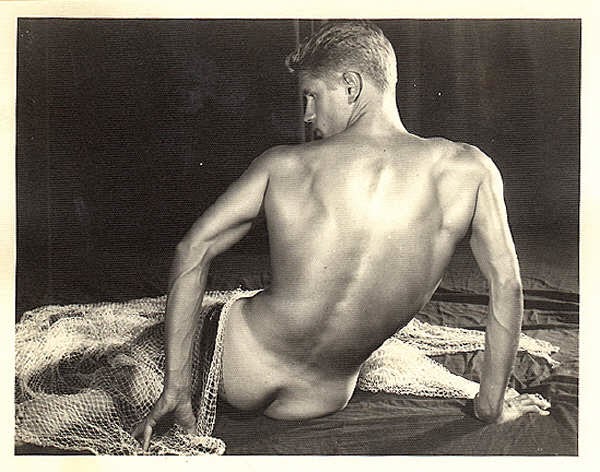 Mark Nixon caught in the Net
This rear view is another classic male nude pose and shows Mark's well developed upper torso to good effect, the glimpse of his bottom cleavage presumably being acceptable. The net is another regular beefcake accessory, suggestive of fishermen and gladiators ensnaring their quarry. Draping it over the model's lower body creates something of a merman effect for classicists - and a suggestion of captivity for those with baser interests. 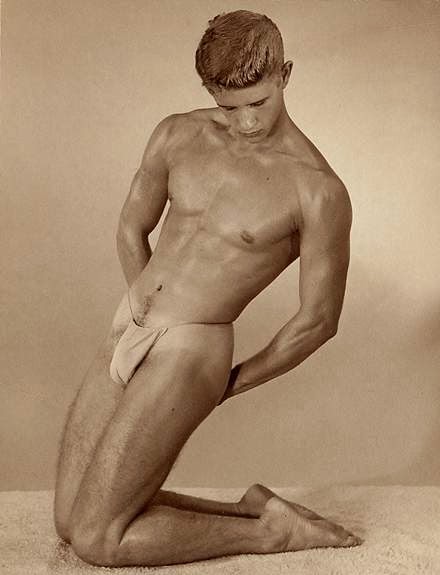 A powerful study of subservience with a hint of  bondage, but not a rope in sight.
The 60's prudes would find it hard to criticise this image.
This model was blessed with an understated muscularity and slender proportions
which are a good match for his boyish face.

WPG stands for Western Photography Guild.
Like AMG (Athletic Model Guild) they adopted the Medieval term for a skilled trade association in order to impart respectability to their brand. Sunny outdoor images were WPG's speciality and this lighting (with the help of some oil) made the most of the model's muscularity and suggested health and vitality. They stuck quite closely to semi-classical studies but there's a stirring undercurrent of eroticism that is pleasurable but also frustrating, since it always goes unfulfilled (although you will find naked, frontal images of this model elsewhere if you search). The much reviled posing pouch, symbolically emphasising what it conceals, is actually a key ingredient in creating this feeling of sexual anticipation. WPG's 'duos' showing two gleaming male bodies intertwined in various pseudo-wrestling positions demonstrate an amazing capacity to suggest sweaty, erotic struggle while remaining strictly decent. This conservative approach no doubt allowed them to recruit body-builders who would not have touched more smutty stuff.
Posted by Mitchell at 09:32

Beautiful & classical. Note the great shoulder development does not
'read' in the frontal view, which with today's gym machinery etc wd be all pumped and pecked.