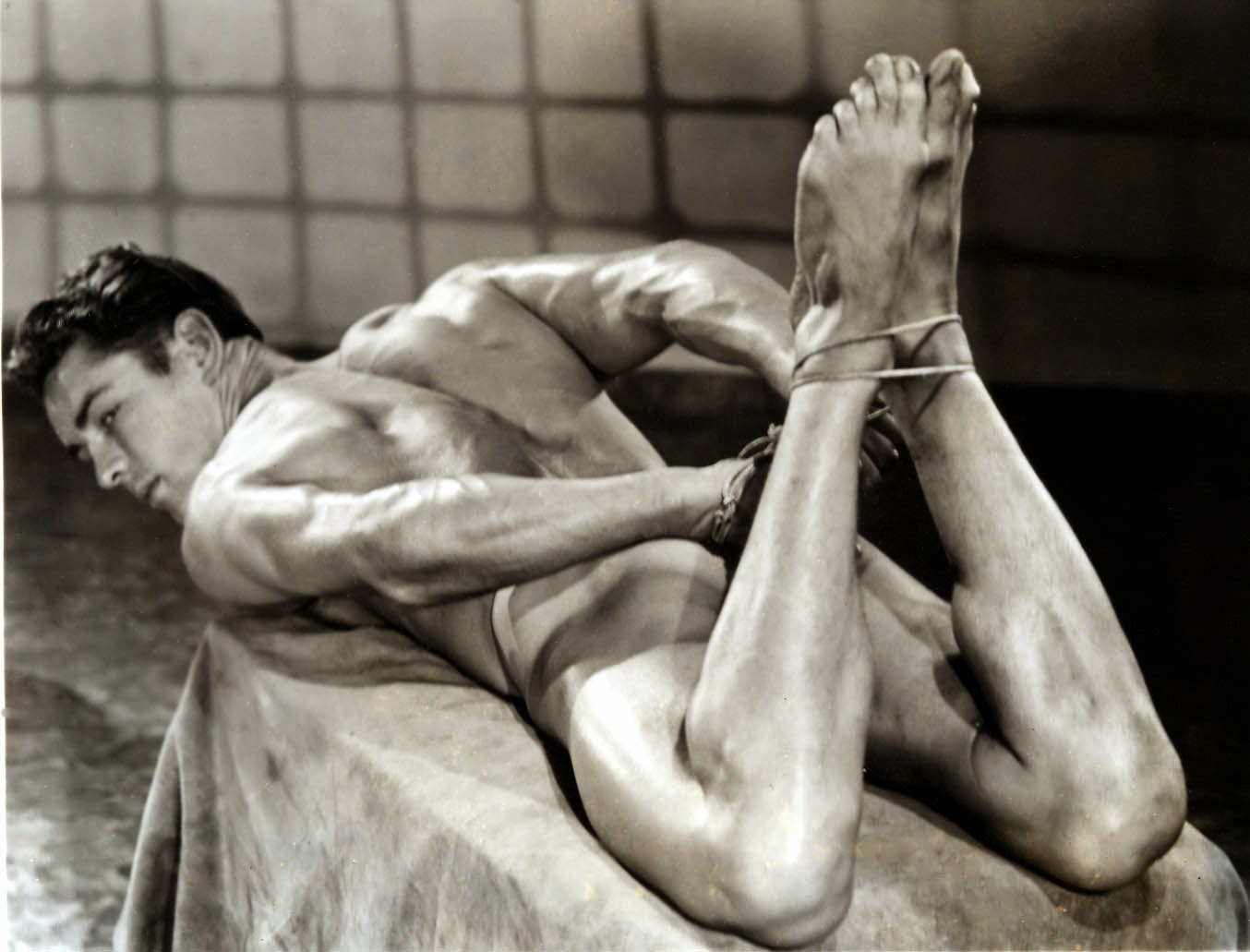 Vintage bondage imagery is usually pretty disappointing with ropes that usually aren't tied at all, but just wound round limbs or simply draped, and models who look as if they are suffering no inconvenience at all. These pictures of Leonard Chambers in a hogtie by AMG are a cut above that. The ropes are still loose but it's a genuine restraint position and Chambers muscular body reflects that stress, particularly in the image above. 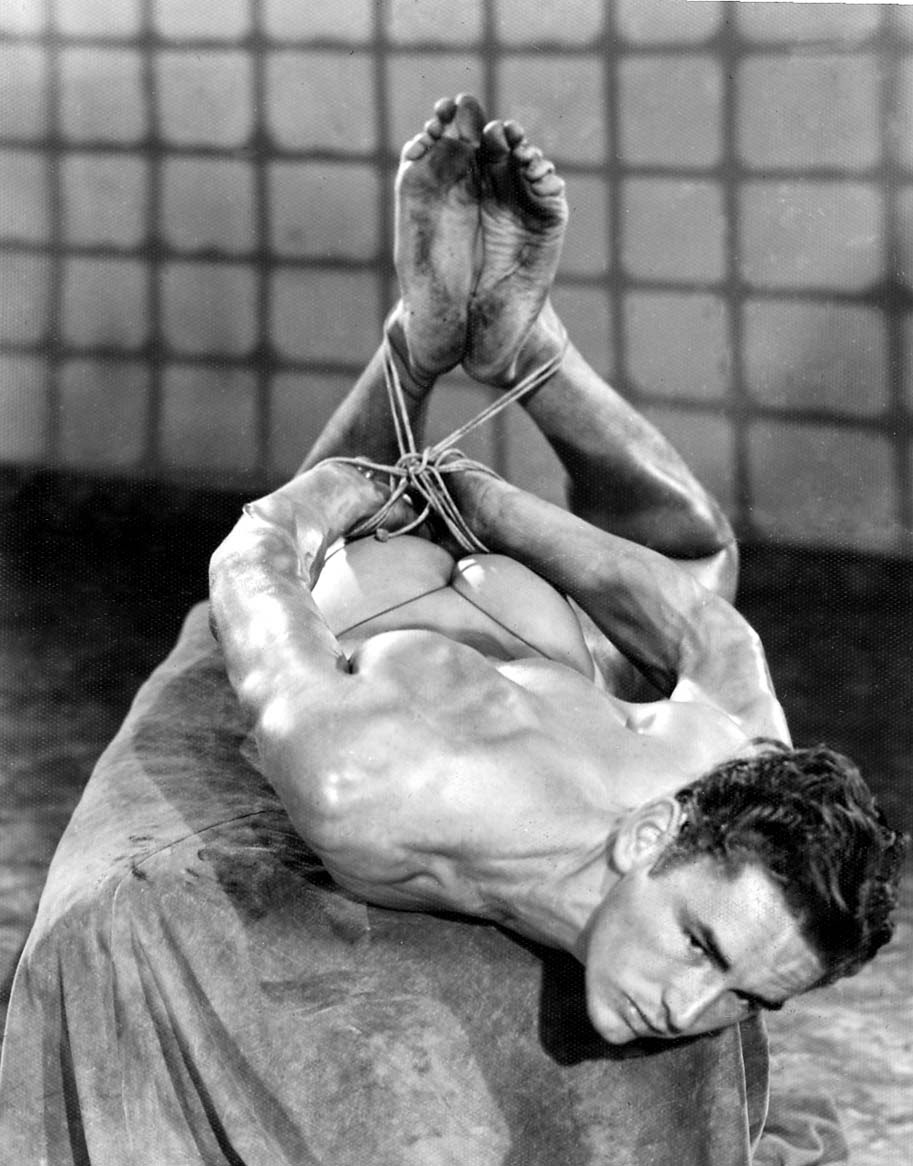 The draped podium on which Chambers is balanced is a typical device from 60's beefcake imagery. The model would normally stand or sit on it, imitating a classical statue. This flavour of artyness was supposed to deflect accusations of smut. With the model in bondage it conjures up rather more adventurous associations with ancient, ritual sacrifice. This probably seems more eyebrow-raising to us now than it did then - that was is the era of Tarzan, Lost Worlds and 'She' when scantily clad movie heroes routinely faced such threats on their way to ultimate victory over the superstitious 'natives'.

To modern eyes this arrangement conjures up a fantasy of the model as a trophy capture, displayed for sale or awaiting some other fate, probably non-terminal but possibly quite taxing. 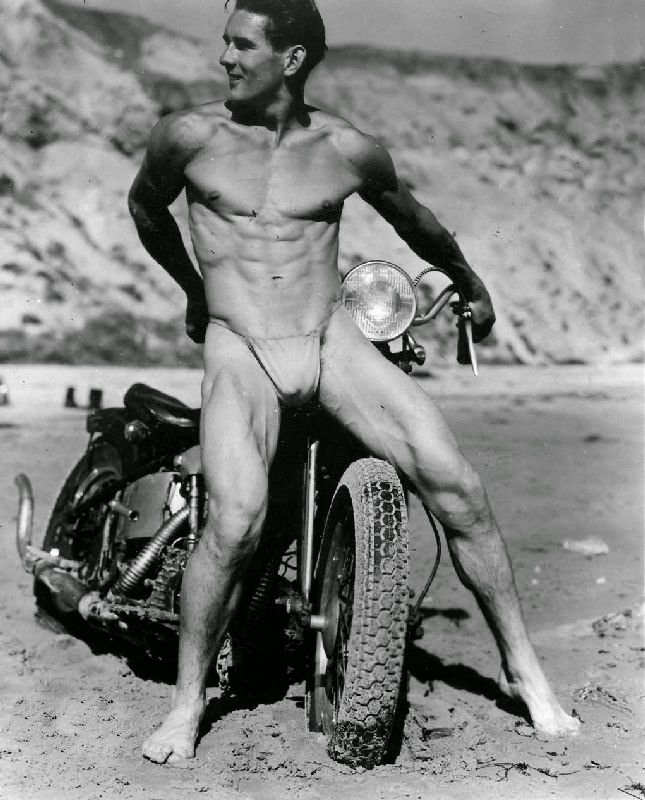 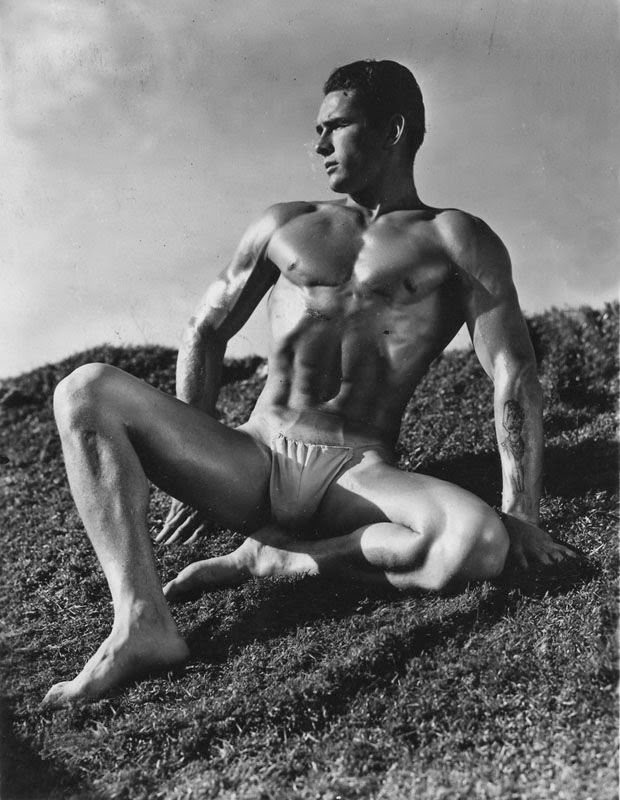 This pose is not exactly modest but showcases the model's muscularity - and that dubious pouch. 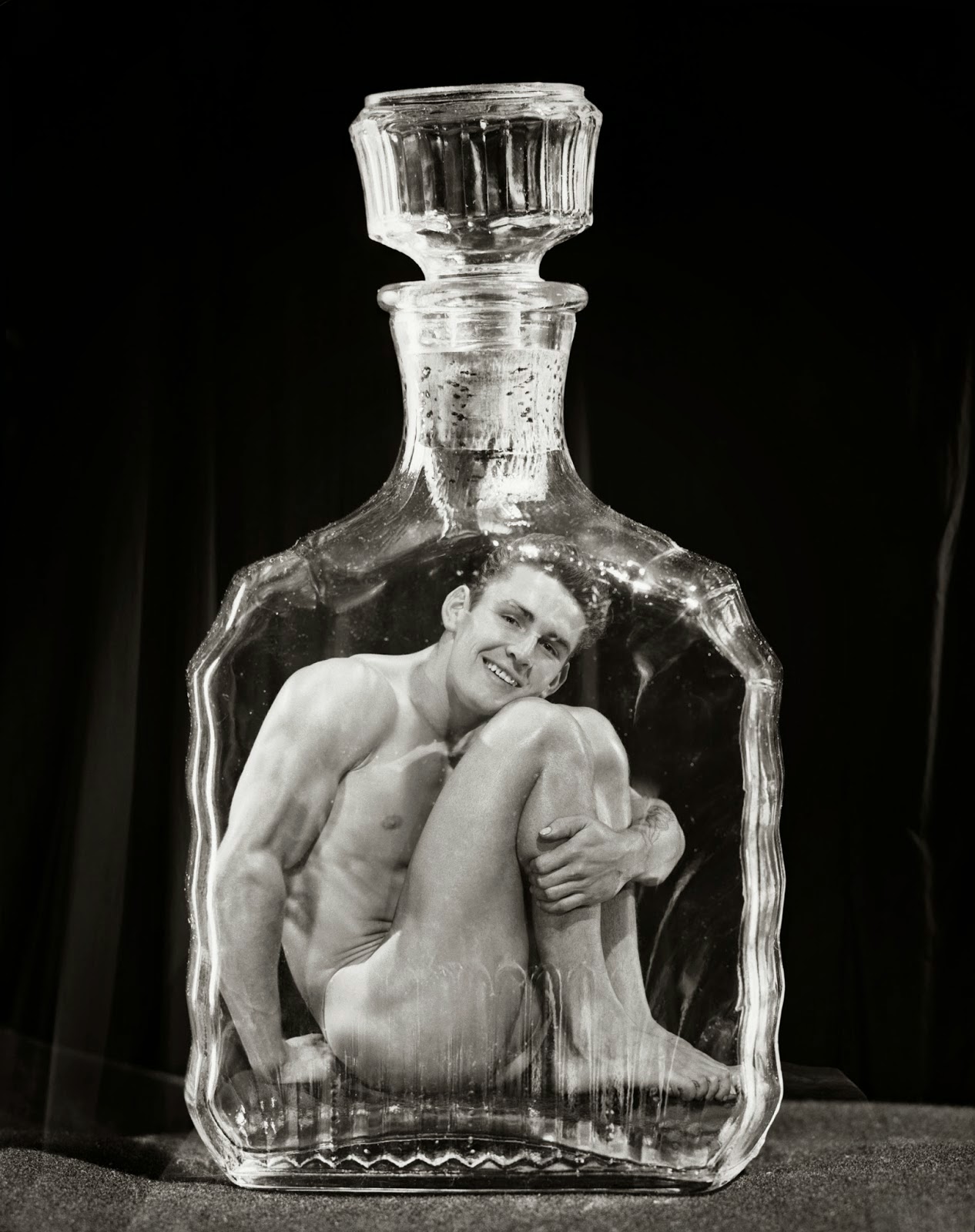 I wonder if the bottle is used for Eau de Toilet!

Restraint of a different kind. Images like this regularly appear up to the present day. It encapsulates a  romantic yearning to totally possess a beloved - or if you think about the genie in the bottle, the desire to control and contain a more powerful being. Both are universal and timeless desires and surely are the essence of the bondage fetish.

There are lots of images of Leonard Chambers on the net, use a search engine to find him with 'vintage model' or similar if necessary. There's an interesting story about his death at Vintage Male