The mystery of 'Madison' resolved 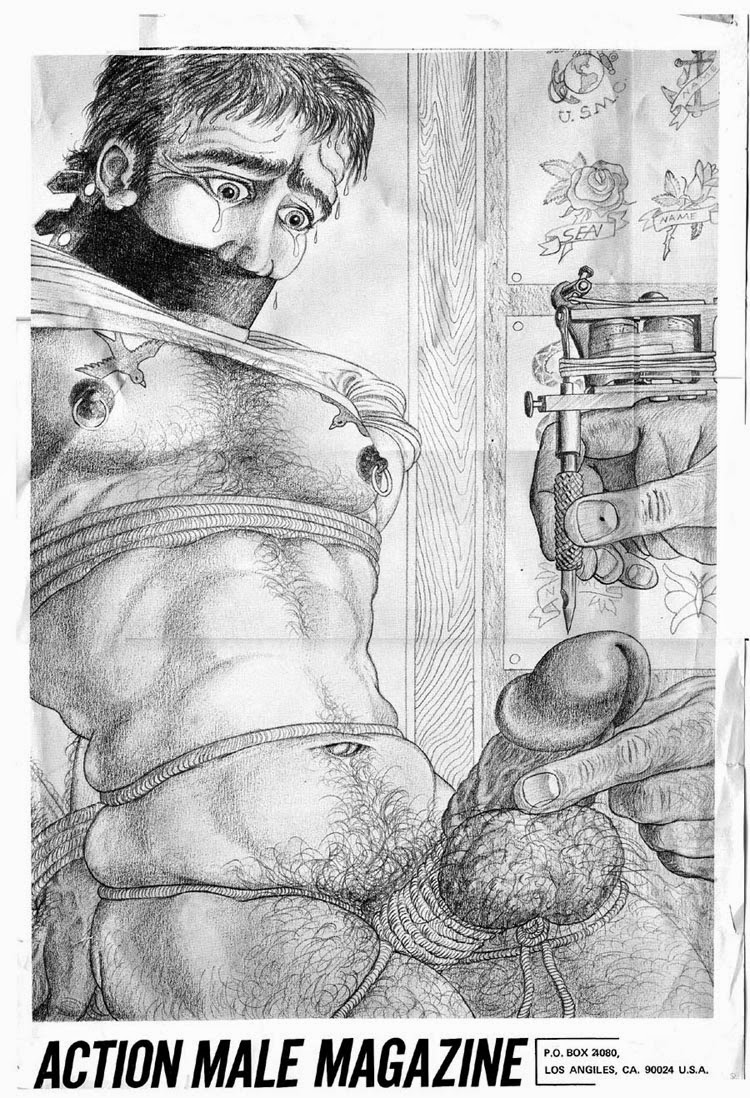 Tattoo Parlour
I previously published this image in the A-Z under letter 'M' believing it to be
attributed to an artist named 'Madison'. I said about it then:-

"It has been around a long time but surfaces regularly in fetish groups. It's actually a rather good drawing but the manic eyes of the captive grab all the attention and make it appear humorous but also rather trivial. However, on closer examination almost every aspect of this picture shouts class, the depiction of the man's slender physique and the twining ropes is exceedingly erotic and the detailing of his penis and the tattooist's hands and equipment are superb, never mind the fainter tattoo designs on the wall behind. The drawing of the head lacks the same finesse - it actually bears a passing resemblance to Sean's style but that comparison's not meant to be derogatory to either artist!"

I have now acquired a higher resolution image (above) and examination of the rose tattoo in the background immediately reveals Sean's usual signature with E and N combined. It's actually visible in my original post as well, I don't know how I missed it! The subject matter is Sean's bag as well. Anyway, I think I say safely say that this picture 'Tattoo Parlour' is by Sean. I have removed it from the original post.

You can find my A-Z article on Sean here
Posted by Mitchell at 16:13