Another Day at the Office - Mizuki Gai 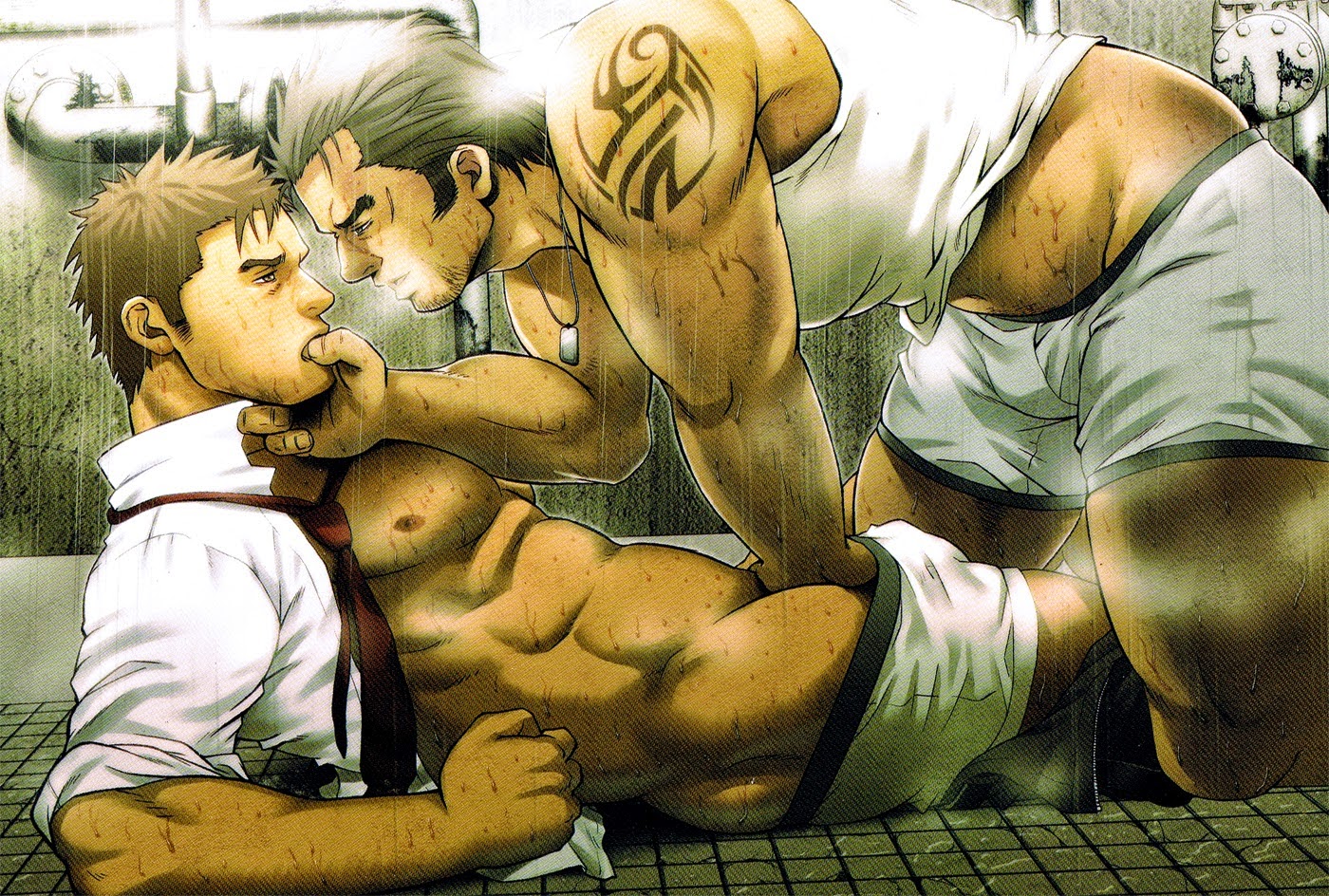 A marvellous image of a casual encounter in the men's toilets.
The handsome, muscular and neatly-attired office worker
is forcefully examined by a much rougher specimen.
A clenched fist and stony expression show his anxiety - or reluctance - or both.
Meanwhile both men are seemingly being drenched by a burst pipe or...?

It's more realistic than much Yaoi-style work. The close-up framing adds drama to the image and I love the faces and dishevelled shirt detail.