I'm exaggerating in labelling 'Tank' as a fetish artist but I thought this image complemented nicely the Cowboy picture from Timarcus in the last post plus I also usually like to start each new letter with a 'bonbon' and he certainly meets this criterion. 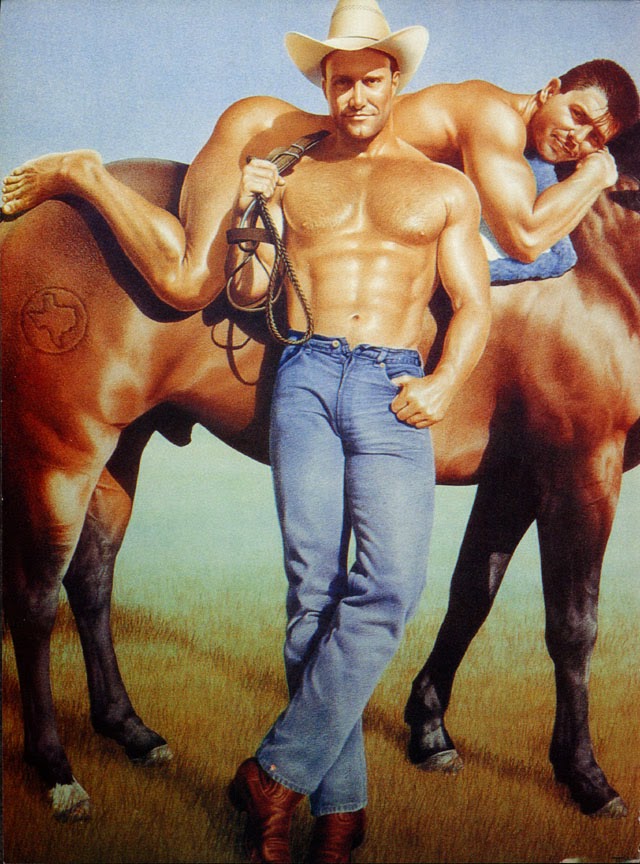 The situation depicted here is not devoid of S&M overtones - the anxious, rueful expression of the rider, the more determined, knowing look of his companion and the braided cord slung over the shoulder which looks suspiciously like a lariat. There are parallels with the domination theme of the Timarcus picture. However, in this case the story is artfully developed by including a symbol of raw strength and power, the horse (male of course) and the leather accoutrements used to control it. The drawing style is voluptuous and glamorous in a masculine way, it's not a million miles away from  'hyper-realism' of Tom of Finland (who is also included in this group of artists) but it's rather more accomplished in technique. 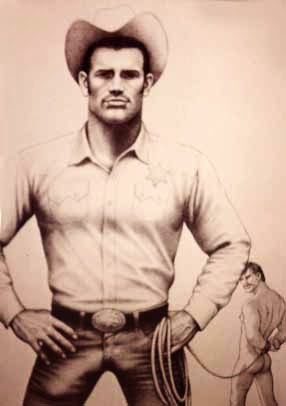 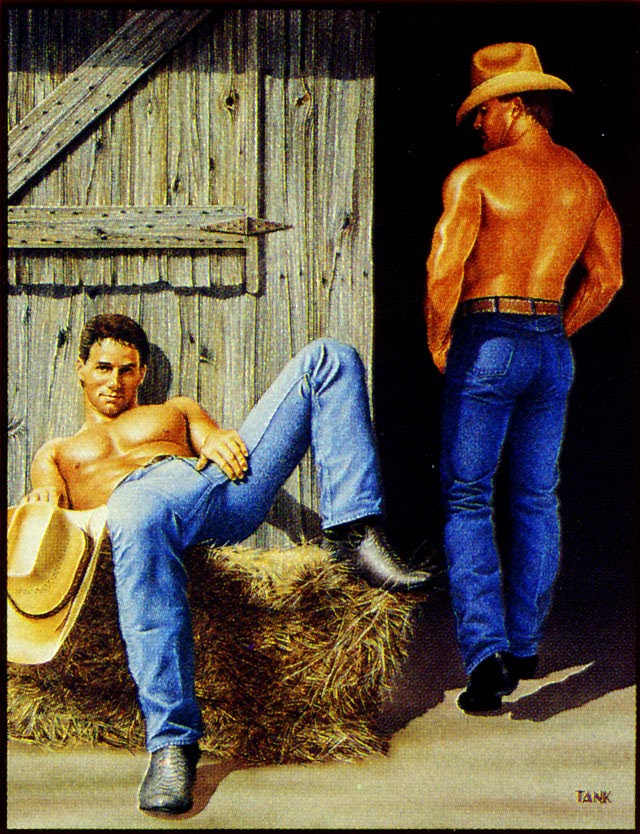 This is a rather unsubtle sequel and not a very good copy but I include it to draw more parallels with Tom of Finland's work. The lounging open-legged position was a favourite pose for him and the covert, guilty, sideways look of the second cowboy passing-by could have been plucked right out of early Tom. I hasten to add that I'm not seeking to characterise Tank as a Tom of Finland copyist, more of a heir and a kindred spirit. Actually it's the confident assertion of gay-ness, which is embodied in both Tank's pictures - especially the second one - that reflects the true essence of Tom's best work and that is far more significant than mere technical similarities.
I think Tom would be proud of this legacy. 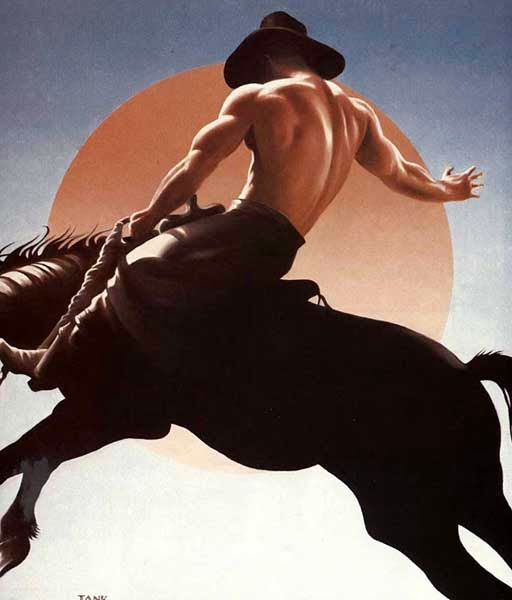 Tank - Cowboy
For the avoidance of doubt, Tom never produced a work as thrilling and vital as this, I'm not sure any European artist ever would, for this is the Spirit of America, excitement, achievement and freedom all packaged up in a stunningly beautiful image.

There's a decent selection of  Tank's work at Daddy's here Tank Collection
For other articles in this series click on the A-Z label below.
For other cowboy images click on the cowboy label
Posted by Mitchell at 08:48