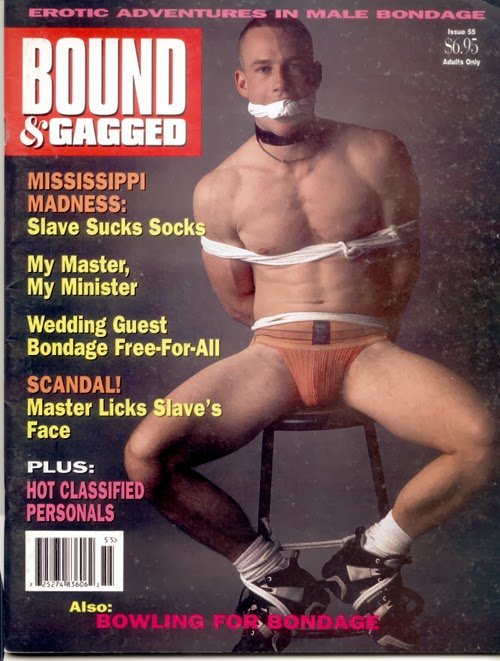 Fans of bondage imagery owe a great deal to Bob Wingate whose 'Bound and Gagged' magazine in the 90's was a trail blazer in producing good quality bondage imagery and making it widely available for the first time. 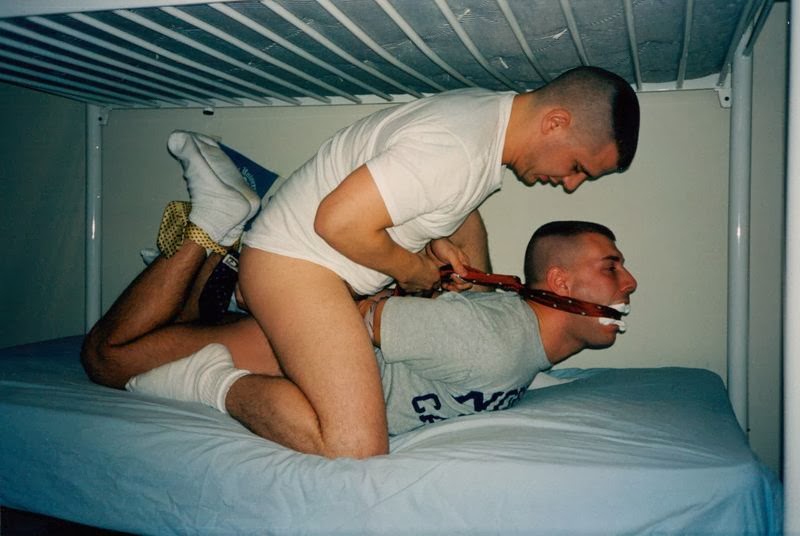 I imagine many of my readers will have experienced the thrill of seeing  forbidden images of men being tied up for the first time courtesy of 'B&G' and even if you never saw the magazine or the videos, you will certainly know some of the imagery, since a whole string of very familiar classics came out of this stable. 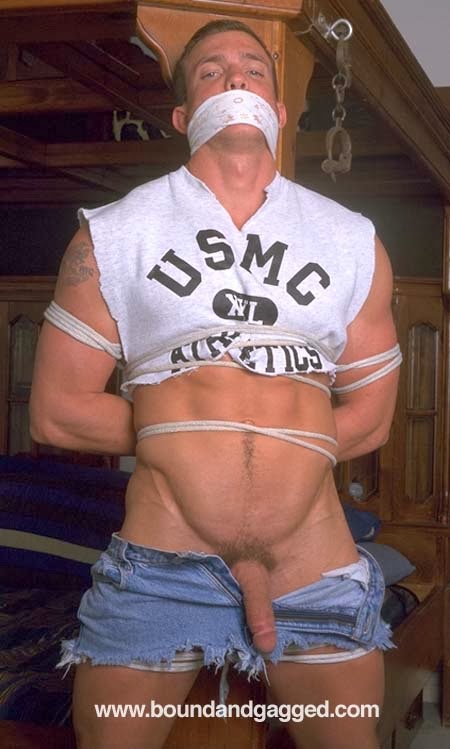 The pictures that accompany this article are a selection of some of the best ones. Some of you may not have realised just how many of these well-known pictures came from the same source 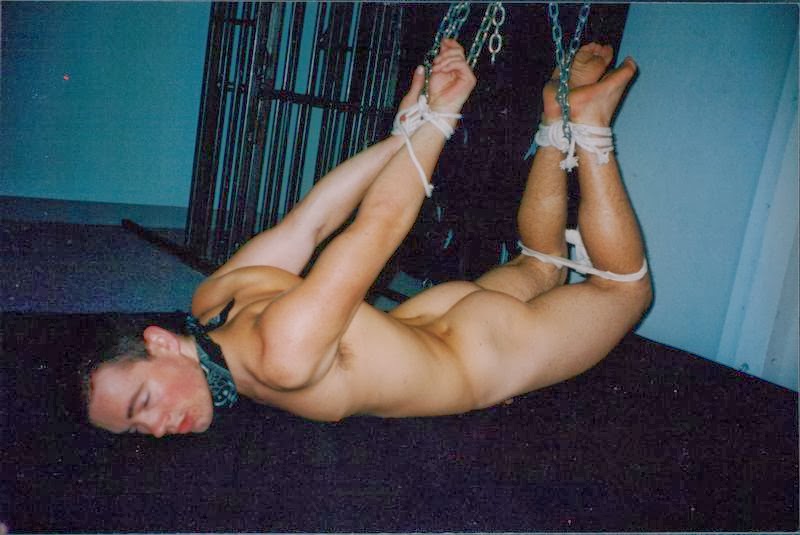 This one was a surprise to me, I have known it for years and always thought it a fantastic bondage image - super buns! - but I didn't know it was a B&G shot until I made the connection while researching this article. 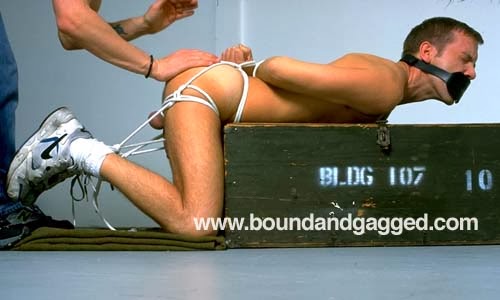 Ethan Starr - bound and spanked over an ammo box

If you are anything like me, you might have wondered what is the story behind this well known image and what other pictures came out of the shoot. 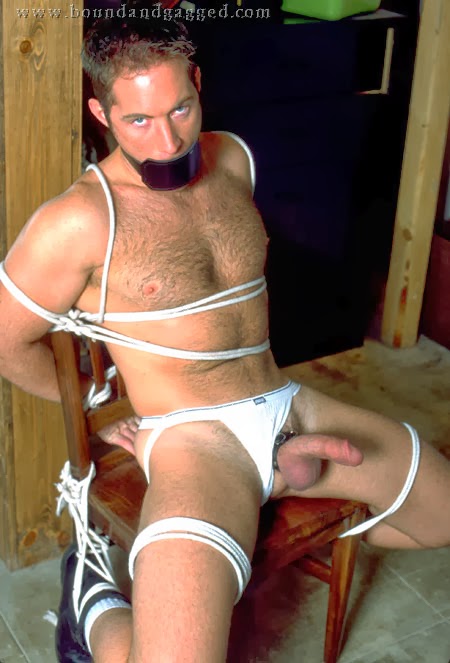