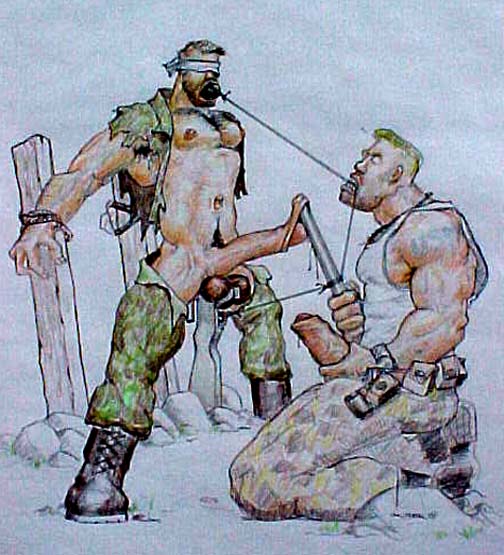 Skipper's art takes in some fairly grim subjects, such as shootings and impalements, so it doesn't get much of an airing outside specialist BDSM forums. In 'Don't Move' (above) the violence is implied rather than explicit. Skipper's originals are often large scale works, so some details, like the gag-grenade, don't make it to reduced images. When you've worked it all out, there's a degree of ambiguity as to whether this fantastical scene is a sadistic execution, an elaborate, tongue-loosening (!) procedure, a suicide pact or simply a bizarre test of manhood and bravado. It could be all four. The participants are uncompromisingly square jawed, rugged men, but their sexual communion is fueled by mutual fear and uncertainty, so there's a subtle but deep intimacy here which is not obvious at first sight. The kneeling soldier's abstracted, ecstatic expression as he savours his power is almost as scary as the hardware! Skipper's use of delicate water colouring for such an uncompromising subject seems a little incongruous, stylistically the end result reminds me of some of the work of Manflesh. 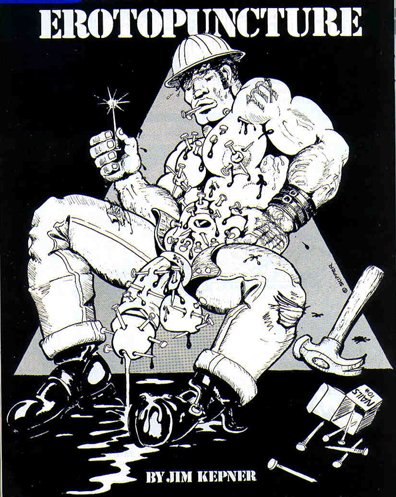 Skipper - Construction
A highly masculine, construction worker patiently applies a succession of nail piercings to his own body. I suppose this would be dubbed as 'self-harm' by those who like to police human behaviour, but that is hardly an adequate description of what's going on here. In fashion piercing (and tattooing) the pain is usually perceived as a short-term price to pay for a body-flattering decoration. Through Skipper's eyes it is seen as a private pleasure in it's own right, a painful, but erotically satisfying, test of inner strength. The sheer quantity of iron-mongery and the calm concentration of the Construction worker as he proceeds with his task gives the image a striking, obsessive, intensity while the upraised, gleaming nail-point adds an element of almost magical ritual. It's a thoughtful reflection on a little understood, but probably widespread, fetish. 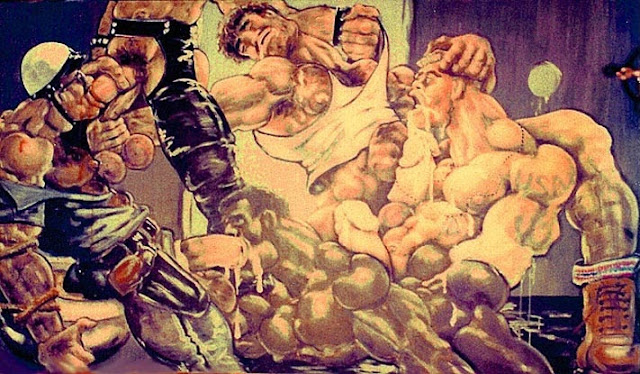 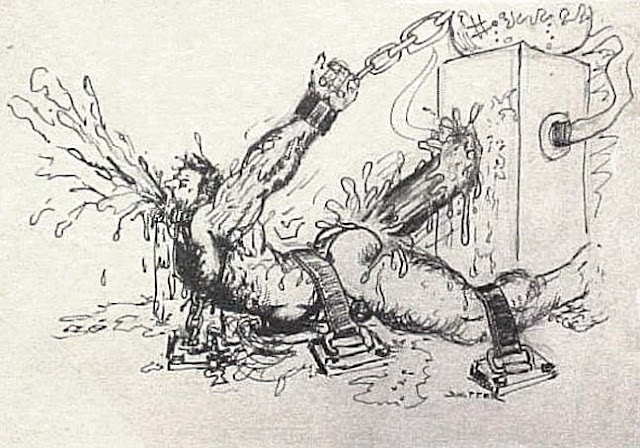 I've not been able to find a website hosting Skipper's art, but there should be some oddments in the GMBA archive (current link in sidebar).
Posted by Mitchell at 15:36

Wow! They're so damn hot n' sexy, Mitch! Thanks a lot!