Sketches' quirky pictures are a curious combination of caricature and realism. The faces have exaggerated Asian characteristics but the dialogue and comments included in his pictures are very American. 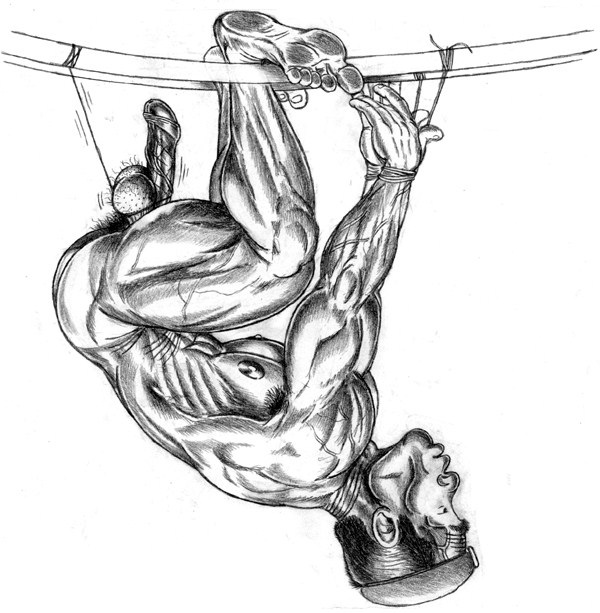 This first picture shows his deep interest in the detailed, sinewy musculature which is only ever developed by serious bodybuilders and if you invert the image you will immediately spot the weight-lifting origins of the pose. Sketches cleverly adapts it to produce a highly original and rather fiendish torture scenario. The captive soldier's flexed feet and legs are all that is preventing the fine, wire-like, c&b tether from doing some nasty work. 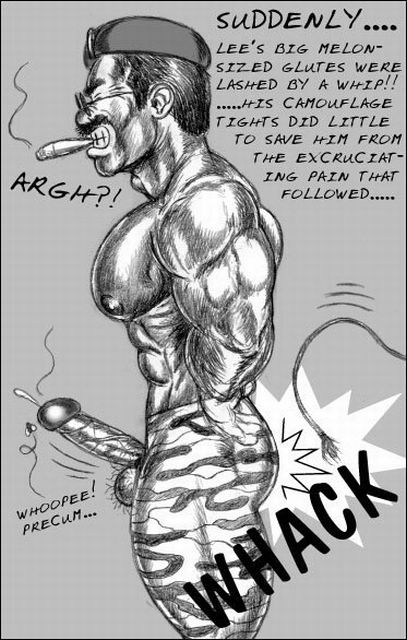 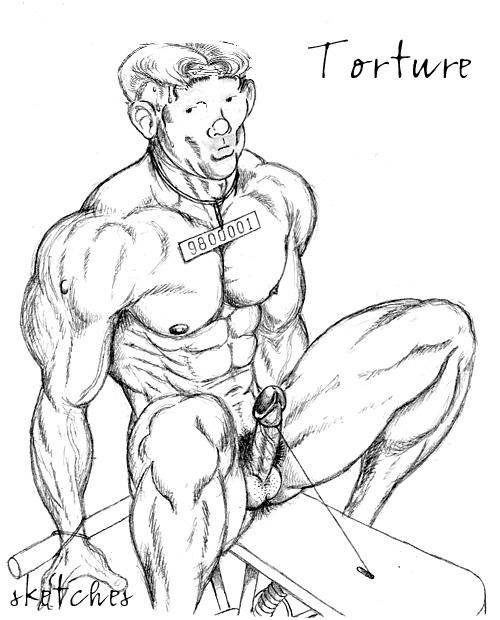 My final example shows a prisoner (of war?) undergoing some form of endurance torture (witness the perspiration). The mechanism is unclear except that it seems to involve more of that salami-slicing wire. The caricatured face and head are typical of Sketches style, it's coupled with a rather nice drawing of a squatting man with a fine physique. You can see his 'torture stool' is inspired by the humble gym bench. Sketches' interest in gym-based torture is shared with another notable fetish artist - Zamok.

Sketches' Asian, muscle drawings occupy a unique, fetish niche. They tend to inherit some of the posed, static nature of the source material used for the muscle detail, but he weaves imaginative, sexy scenarios. There is a Pridesites page for Sketches work, but beware of female presences! There should also be some oddments in the GMBA archive (current link in sidebar, it gets reborn occasionally!). He's also listed on 'Masters of Muscle' (paysite).

For other articles in this series click on the A-Z label below or search by name in the navigation bar.