Poor Lukas didn't do his homework properly. He'd found out that the owners of the house owned valuable antiques and that they had gone away on holiday. But he didn't know they'd asked their son, Dick, who's normally away at College, to look after the house while they were gone.

Dick was Captain of the College Rugby First XV, a Judo black belt and an exponent of kick-boxing.

So, when Lukas broke in, he was quickly caught in the act, over-powered and subjected to a painful and rather humiliating demonstration of Dick's Martial Arts skills.
.......which persuaded him to agree to an unusual way of making reparation.
.

Cheer up Lukas! His parents will be back again in another 10 days!
He''ll be going back to College then, so he'll have to unlock your cage.
. 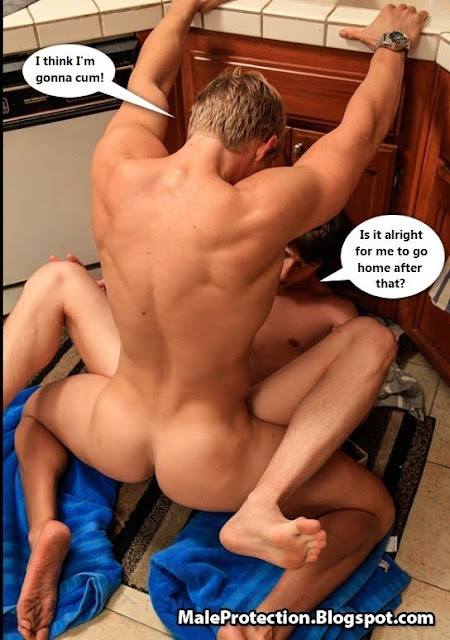 With apologies to Chirenon for pinching and tweaking his ideas. His Male Protection blog housed a large collection of male domination  scenarios but has been superceded now. Much of it is twinky or fem but there's some adult male to male stuff too, worth a look. Search for the current address using 'Chirenon'.

Click on the 'rogues' label below to see the rest of this series, No 1 is here
Posted by Mitchell at 08:35