Michael based his work heavily on the drawings of Tom Of Finland, quite often copying complete compositions and making modifications to clothing and faces to add his own mark. Regardless of the propriety of this, the results are sometimes quite interesting and not totally lacking in originality. There are fetish elements in some of his pictures but, in every case I have seen, the fetish ingredient had been copied directly from Tom's work (see below)
. 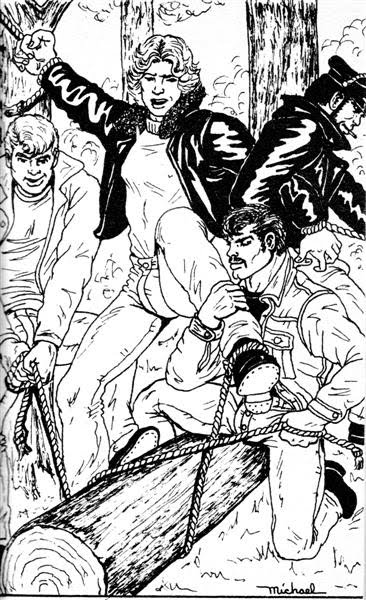 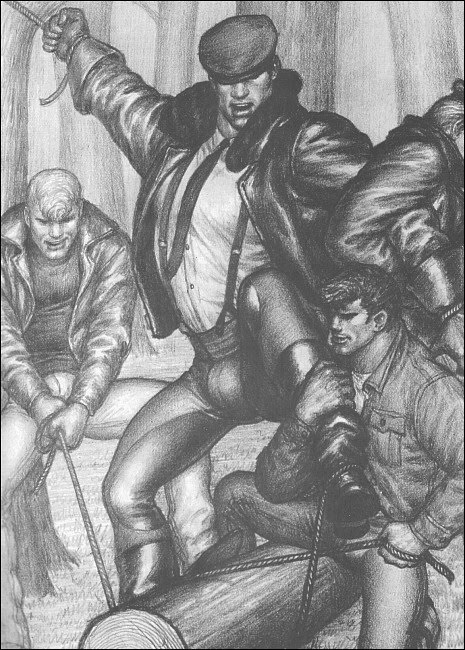 Although I might give Michael more credit in a general art survey,
it seems absurd to include him here except as a curiousity. 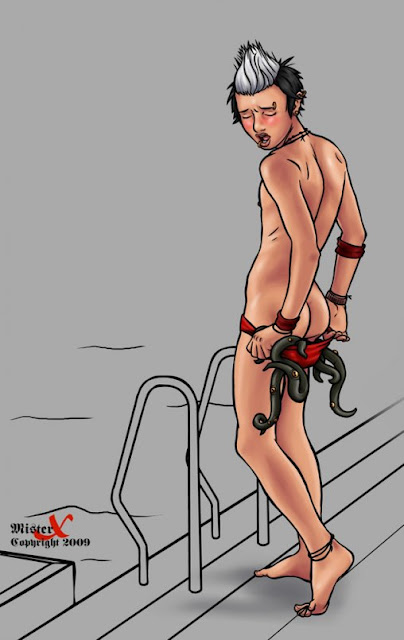 Mister X - The bulge in his speedo's

However I did find this image which I think is extraordinarily original and sexy
and it has an almost classic simplicity
.
To see earlier posts in this series click A-Z in the label list
Posted by Mitchell at 18:07