Like MacLane, Tom drew sailors together on board ship in the early 60‘s.
In (51) a sailor shows off his tattoo - Tom did quite a collection of tattoo scenes about this time. 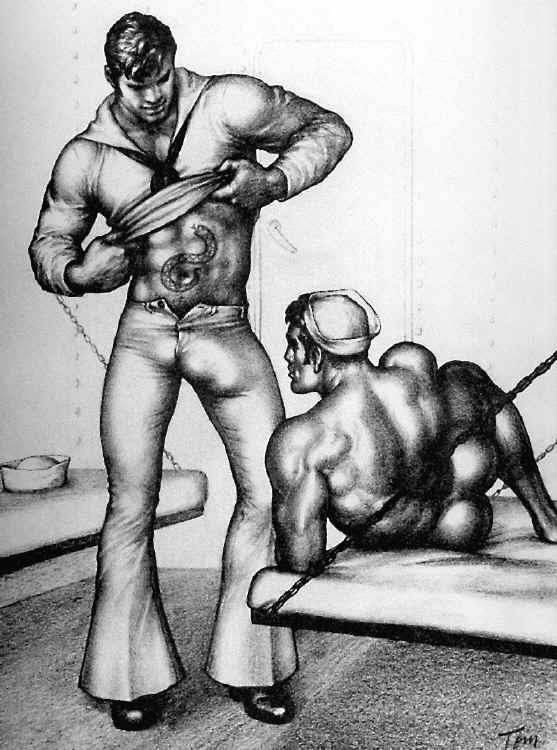 You can’t miss the bulge of course and the close proximity to it of the recumbent sailor’s mouth. This figure leaning on his elbow isn’t quite right but I admire Tom’s depiction of the standing sailor - the youthful face, strong hands and graceful long legs that show just how impressive those white bell bottoms can be on the right man.
-
My favourite Tom picture of sailors is also from the less explicit 60’s. There are no leathermen involved at all. Just sailors on board ship(52). 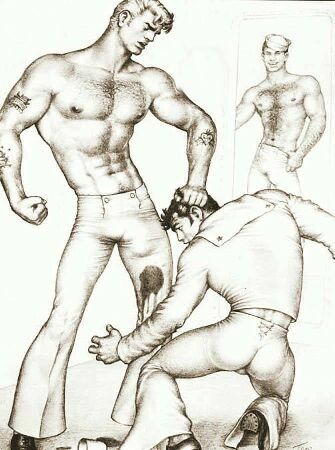 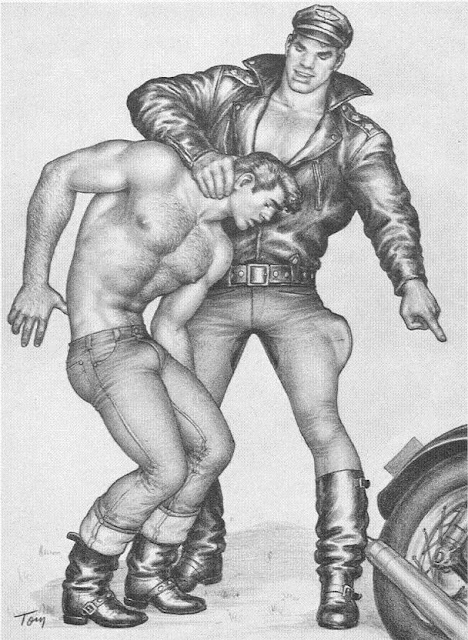 Tom produced a similar picture involving bikers about the same time and I have a similar high regard for this piece (53). This time the bikers muscular hairy body underlines the humiliation of his chastisement. 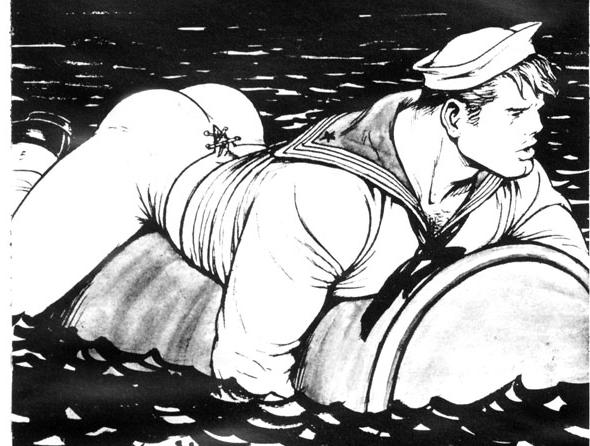 Read this series from episode 1