Tom of Finland included images of sailors in his pictures throughout his career but there are significant ‘clusters’ of work in the sixties and eighties. I have included a selection here. Sailors are usually presented as objects of admiration and desire with tight, white tunics and trousers showing off typically exaggerated masculine contours. The physical attributes are complemented by a relaxed masculine strength and confidence.
. 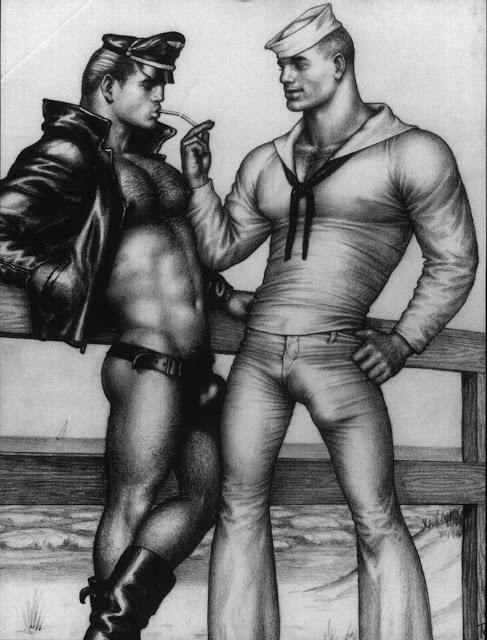 (48)
In the early sixties pictures Tom often shows leather men admiring sailors and flirting with them. Invariably the sailor is in control, as in the example here, (48) where a provocatively dressed, cruising leather man is chatted up in traditional heterosexual fashion by a rather laid back tar. The leather man’s unsubtle advertising is not dissimilar to the flamboyance on display in Art Bob’s ’Idols’. This self-feminisation highlights just how powerful the gay perception of masculinity in sailors was and how desirable they were.
. 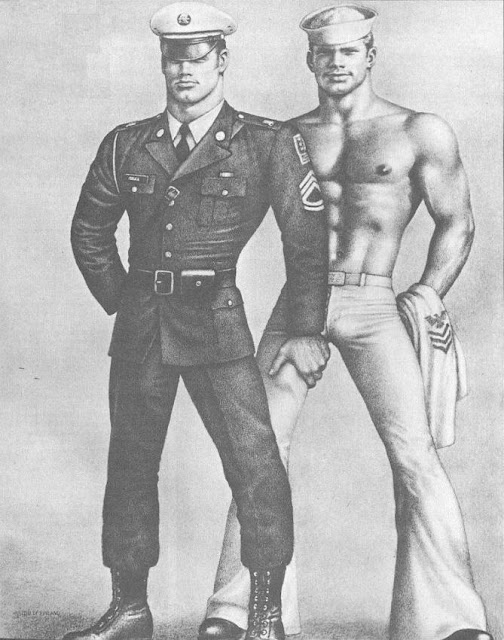 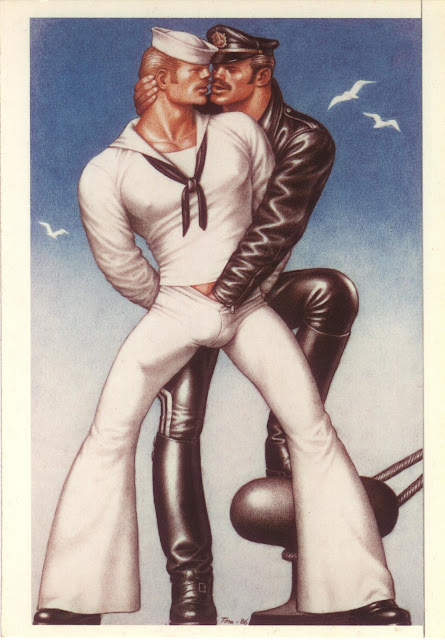 There is an interesting reversal of power about this time as the sailors start to become the hunted quarry (50) and are also seen chasing the leather men who are now the beacons of masculinity.