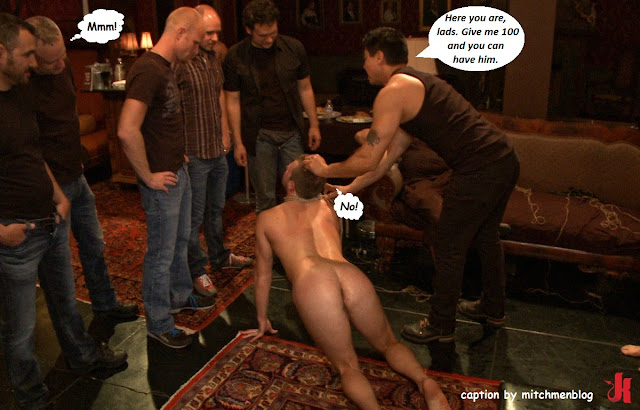 The big house had just been sold and Brian broke into it thinking it was empty.
It turned out the owner was still there, in the basement, practising his martial arts.
Brian's street fighting was no match for that.
A week later the owner threw a leaving party.
He'd enjoyed practicing his shibari skills on Brian
But he didn't want to take him with him to his new home.
Photo: Brian Bonds @BoundInPublic
Posted by Mitchell at 07:09