I previously attributed these two sketches to Damo* but he has been in touch to tell me they are not by him. If any readers can ID them please add a comment or contact me via the profile page. 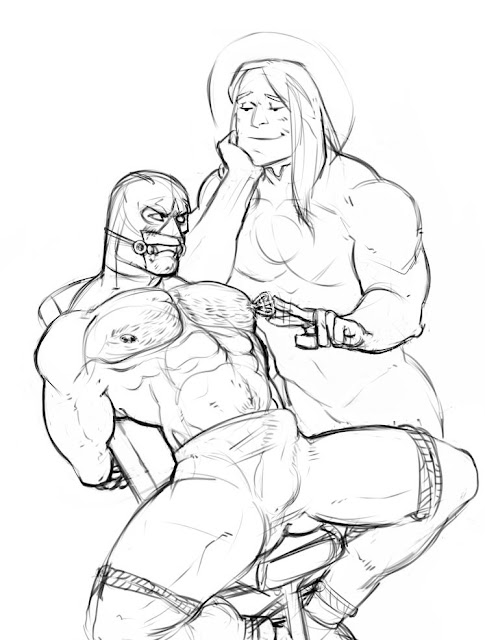 Although the drawings are incomplete they provide a impressive glimpse of three-dimensional capabilities with a genuine sense of physical interaction. The captive's angled, reclining position here is really difficult to get right and the crystal-clear delicacy of the tiny tit-clamp and teasing fingers is remarkable. 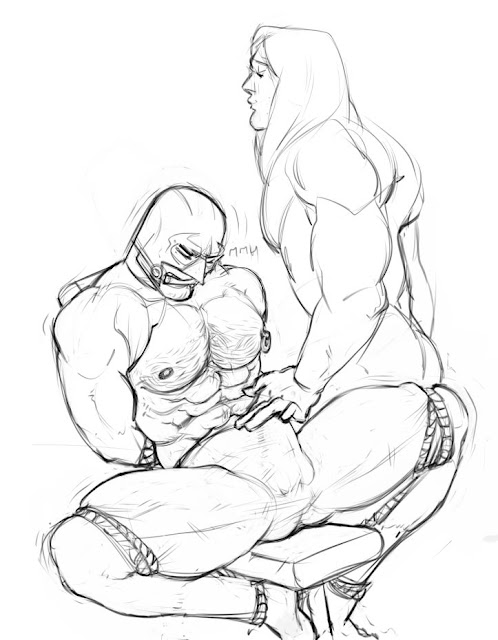 In this companion image the tormentor casually strokes the captive's cock tip and he's obviously chosen the right moment, causing a surge in sexual feelings that has engulfed the captive's whole body, so that he curls up defensively and raises his legs (but he does not close them, notice!).
It's a supremely inviting, submissive pose but the delicate touching of his tormentor is an equally masterly depiction of the subtle art of domination.
Presumably these hairy lines were destined to be polished up and transformed into a crisper style.
You can see how much subtle 'feeling' can get lost in that process.

If it helps your search I believe the characters are Apollo and Midnighter, a gay couple who originated in Image/Wildstorm and are now in DC.

Thanks for the info!