After a considerable break my A-Z resumes at the letter U. Actually this letter produces pretty meagre offerings for fetish fans by the time CGI work has been excluded, which is one of the reasons why I'm running my Ulf retrospective alongside it. 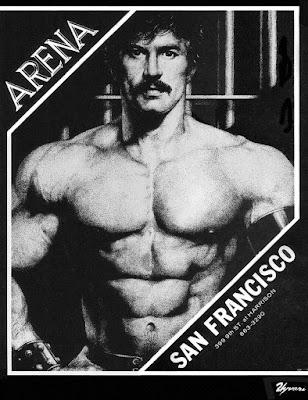 To get us started I am featuring the usual 'lollipop' and it's an artist who is something of a mystery (and a tongue twister) for me, Uyvari. He's obviously an accomplished artist and contributed to Drummer during it's hey day and similar publications but I know nothing else about him. 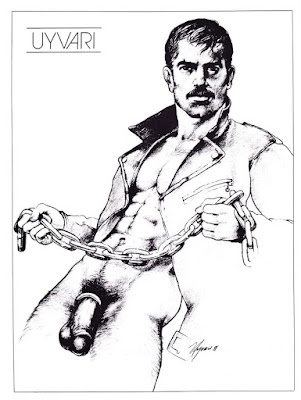 For other articles in the series click on the A-Z label below.
Posted by Mitchell at 09:23