Two studies by the artists Sherwin and Baron.
I don't know whose came first but they are both interesting enough for it not to matter.
. 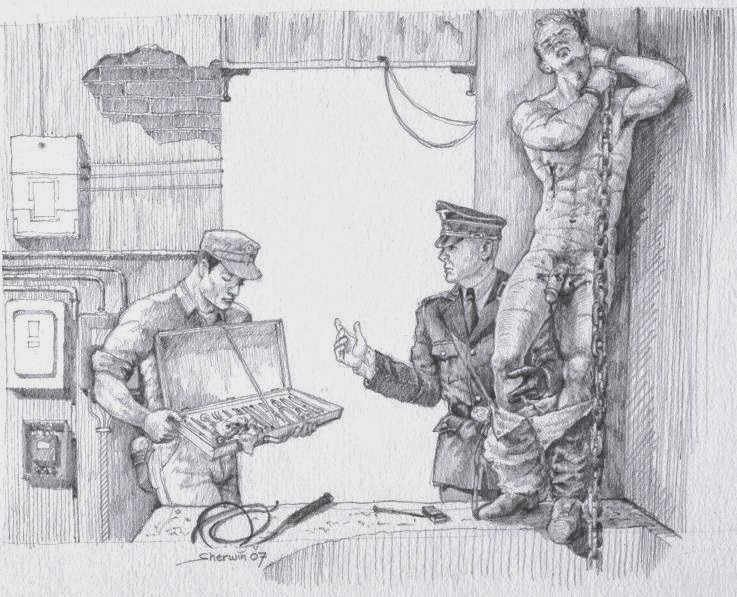 The portable compendium of nasty torture instruments is a fiendishly original way of indicating the prolonged and varied path of pain which lies ahead for the poor, suffering POW. In fact it almost takes over the image, relegating him, who should be the star, to the sidelines. 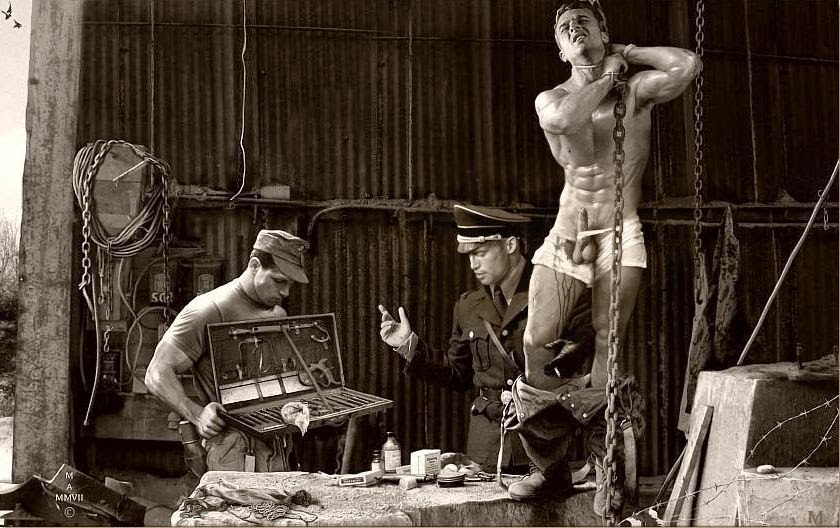 Baron quite often includes interesting underwear in his pictures. He's also added a loop or noose around the prisoner's neck whose exact functioning is unclear but it casts the gaping hole at the prisoner's feet in a rather disturbing light.

There are a lot of differences between the two pictures which must tell us something about the two artists interests - but there's no prize for spotting them all!

See also my previous articles on Baron and Sherwin

Baron has a site called Sub-terranean , Sherwin has a blog, The World of Sherwin
Posted by Mitchell at 07:38