As a reader pointed out, I didn't include Cambridge, the Light Blues in my previous post on the boat race and I am happy to rectify that with the picture below, which may also help to explain the omission. 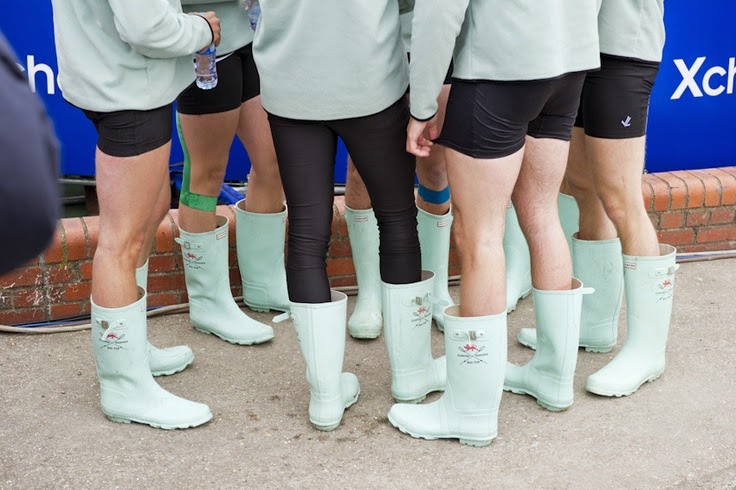 Normally light blue is very flattering to the male figure, especially below the waist.
I'm sure I'm not the only one who perks up when West Ham, Burnley or Aston Villa appear on ' Match of the Day'! However light blue Wellington Boots definitely do not cut the mustard for me. 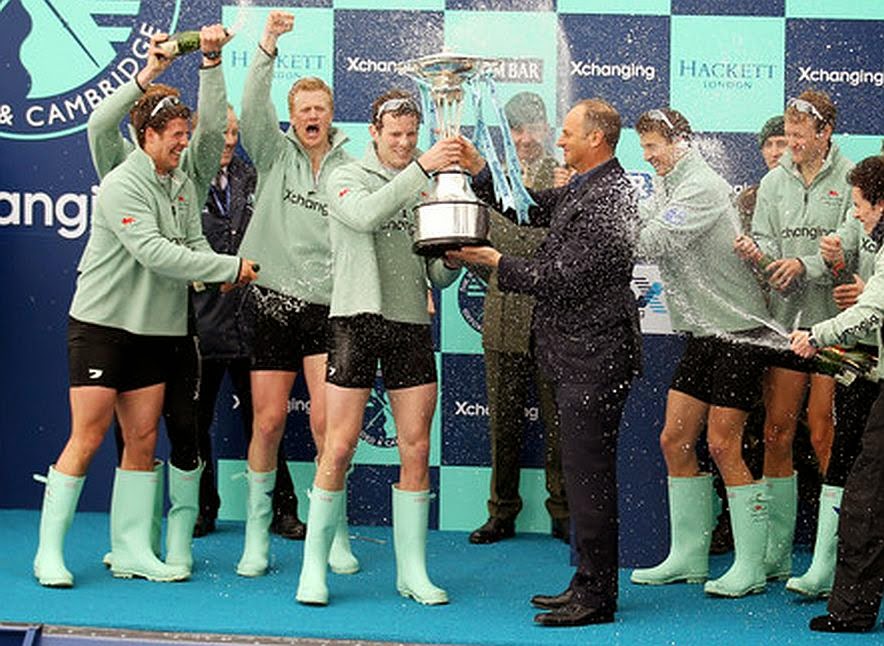 2010 Cambridge win
This is the sexiest Cambridge 'boots' picture I could find, but while their rowing legs are the equal of their rivals, the colour scheme is nowhere near as good at showing them off - and they don't even feature any light blue below the waist. 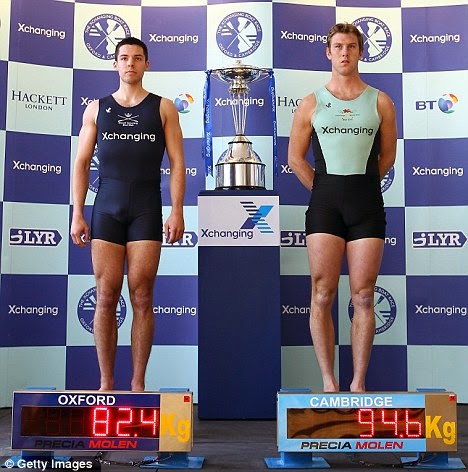 I am happy to concede the superiority of the Light Blue's outfits when other clothing is discarded. The lighter top and clever side darts here are very flattering to this chap's heavier build. This odd ceremony is not a slave auction (imagine!), but the weighing of each crewman alongside his opposite number in the other boat. The weight of the crew is one of those much discussed factors for betting men (yawn). Us fetishists can simply enjoy the gladiatorial pairing off of the crews - and their discomfort at being put on display in revealing outfits so that invidious comparisons can be made. 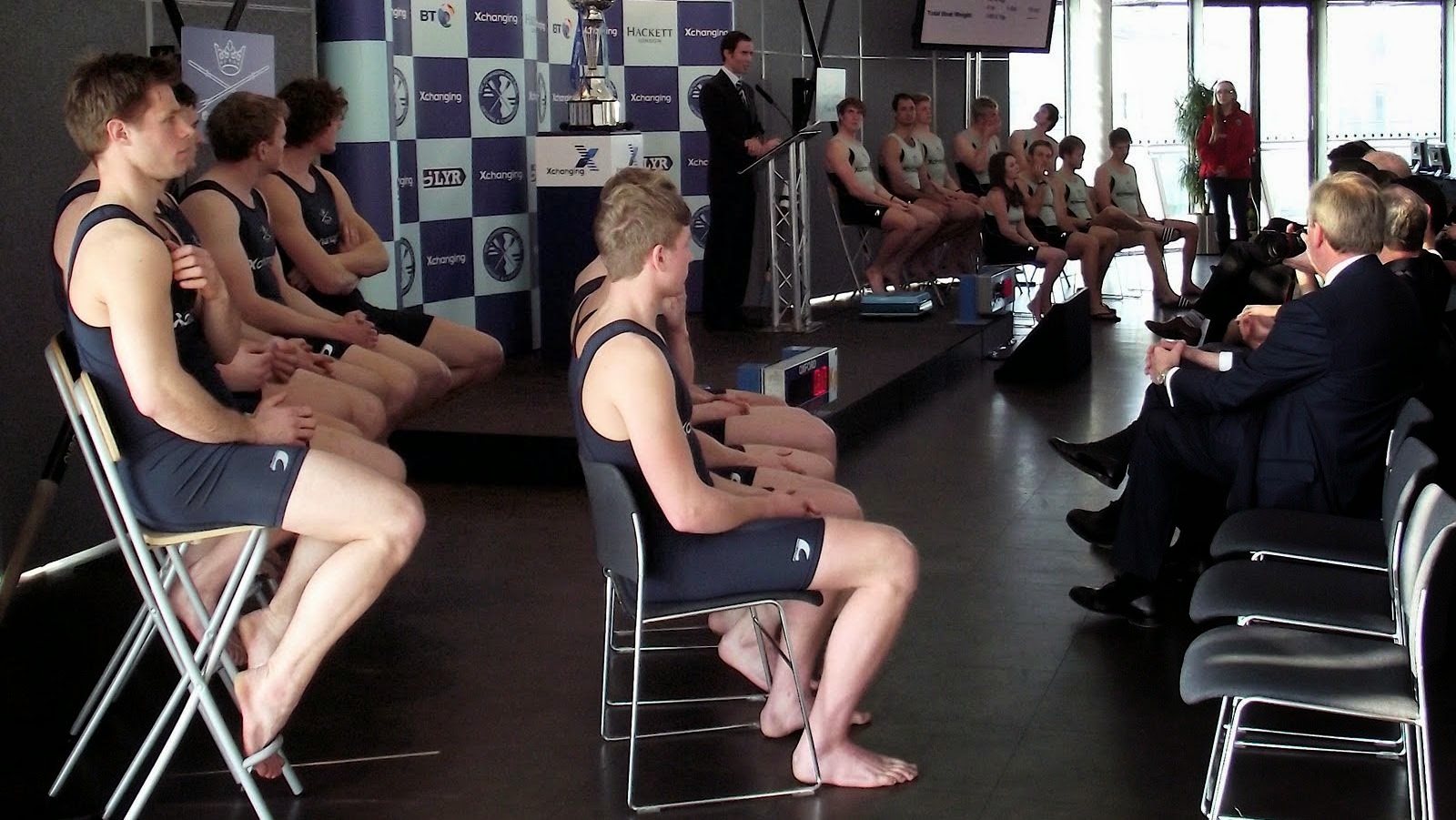 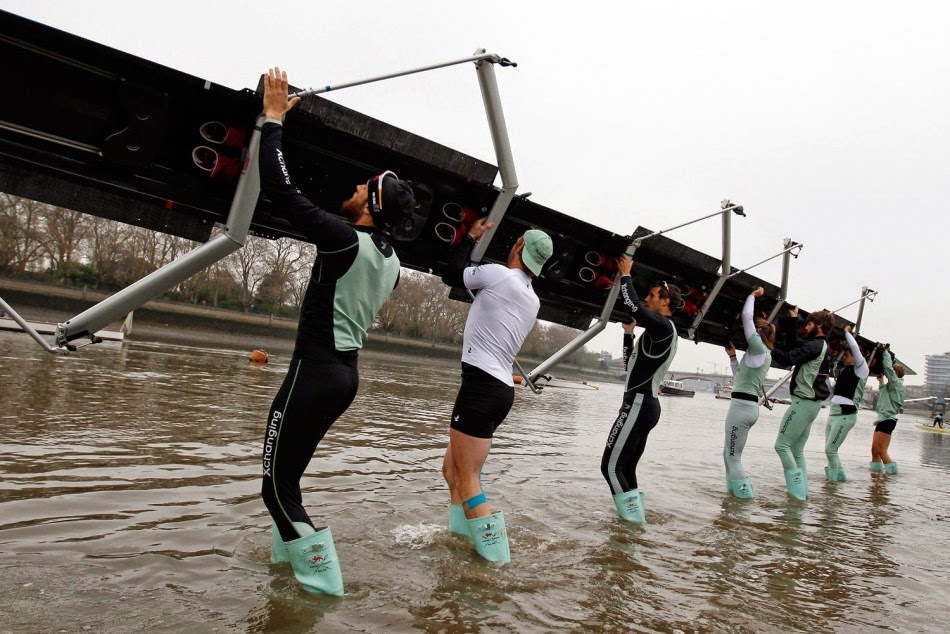 Preparation for the race involves lots of practice in the cold, early mornings of Spring, and Cambridge here sport some sexy leggings. Given the temperature it's probably just as well we can't see more of their fronts. The brave man at the far end deserves some attention - for chapped legs. During the race we can enjoy the sight of eight hunky men showing off their shoulders and being shouted at by the weedy cox (or even a woman, eek!) It's enough to reduce a real man man to tears. 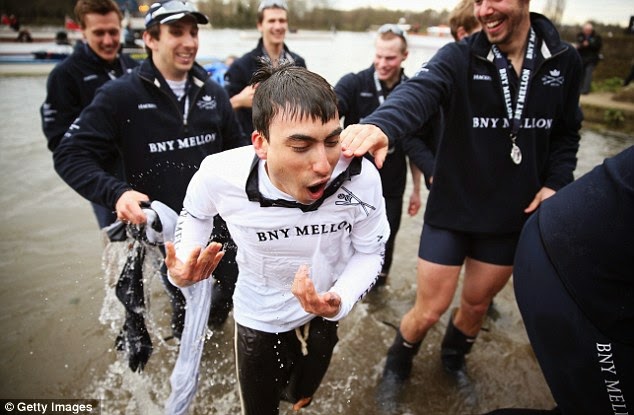 Even the losers get consolation afterwards in the ritual of dunking the cox, who loves it of course, manhandled by an eight man crew, mmm! 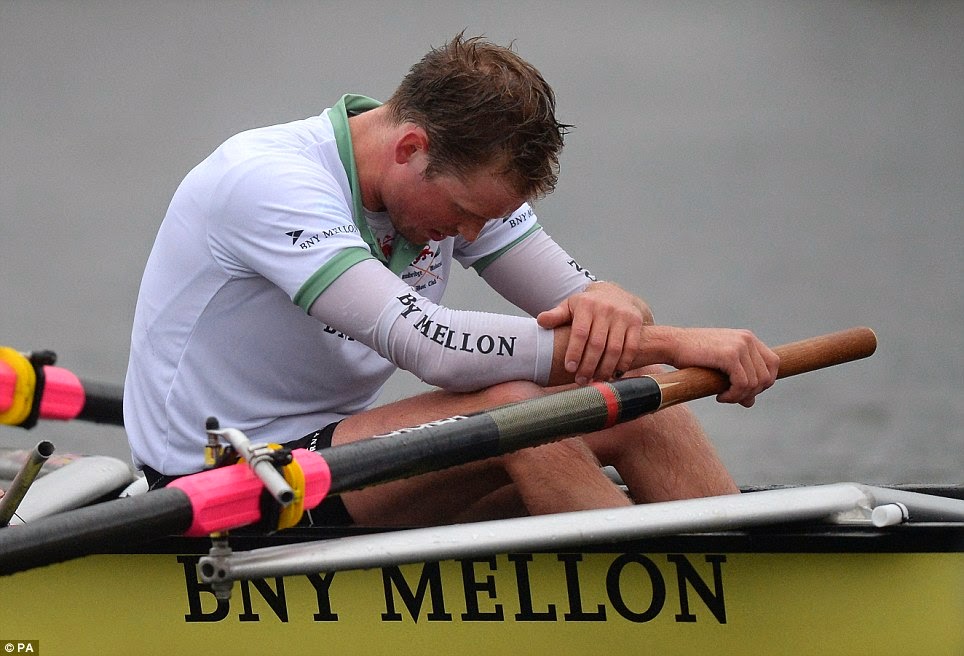 It's not much fun losing, but there's something very satisfying about
a big man who's been put in his place.
Posted by Mitchell at 09:39

Thx from an ex-cox & Light Blue