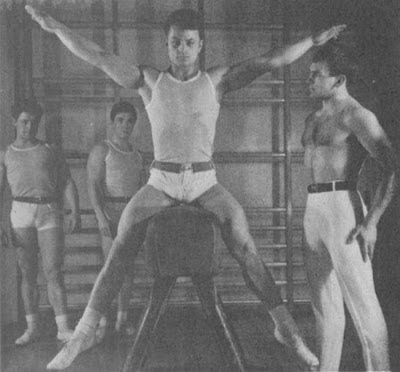 In my previous posts about Royale Studio series 'The PT Class', the Vaulting Horse straddling exploits of Timor Urgay above, prompted a diversion about sitting astride crotch-filling devices and a mention of 'The Wedge', a fetish torture tool. 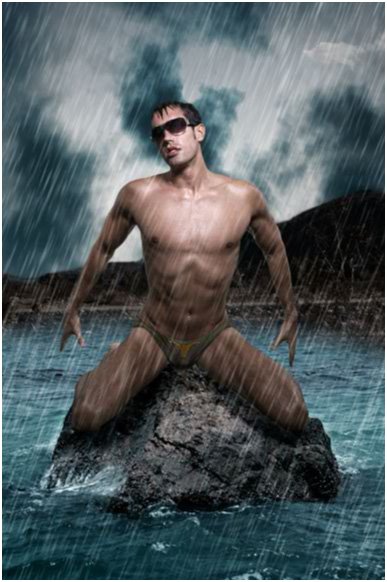 This, more modern version of the idea depicts solid, phallic bulk between the straddling legs and a man struggling to cope, it seems. The castaway marooned on a rock, exposed to the pouring rain is a very Japanese way of putting a man in his place.

Note the olive underwear, yummy! I missed this in my recent survey
(search on 'olive' to find it)
.
I don't know who the creator of this image is although I feel I should.
. 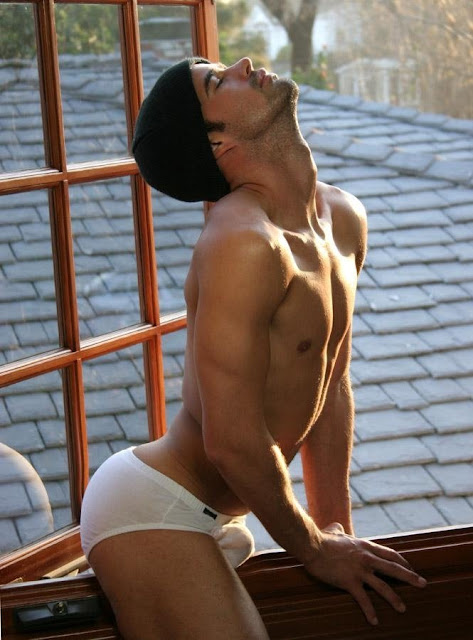 A touch of Twilight howling?
.
This picture eloquently demonstrates the sensuality of crotch rubbing,  using less of a blunt instrument, although the choice of a window frame, half in half out, is a bit strange. Is he a burglar? Coming or going?
.
I love the bubble butt + underwear combo here and  the upraised stubbly chin,
he's a pretty boy
. 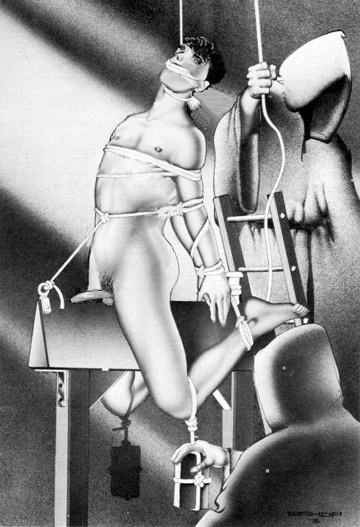 Bishop - The Blade
This classic image by Bishop demonstrates the fetish potential of the wedge device. The victim sits astride it, weighted down to increase the pressure.
.
Bishop actually calls it 'The Blade' implying a sharp top edge, but I'm glad he doesn't follow that idea through to a messy conclusion, this victim is still being lowered into position. Slanting shafts of light conjure up a forbidding basement location and the cowled monks intensify the sinister atmosphere - but their involvement raises the chilling suspicion, that this victim's offence might be rather inconsequential to you or I.
.
You're never quite sure in Bishop's work whether you're looking at a man or a woman - or an amalgam of the two, the cock here looks a bit of an afterthought and not exactly a labour of love, I'm not sure if it shows excitement or fear.

Footnote:- I have now added another example of 'Wedge Art' by the artist Fellows here (March 2013)