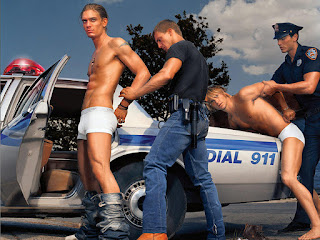 You're probably familiar with these first two iconic 'arrest' images. They were created for C-IN2 to promote their underwear some years ago (2004), but have been cherished by male domination enthusiasts ever since.

You can decide for yourself whether the two bad boys have been caught with their pants down having some fun or if the cops arrested them for some other reason and decided to carry out a strip search on the spot. 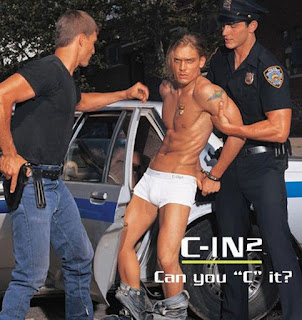 The villain shows a lithe body and sexy mound as he is bundled into the police car to be taken away. His facial expression conveys dismay and humiliation. I imagine there were other pictures published besides these two and I've always wondered what happened to the boy bent over the car boot. 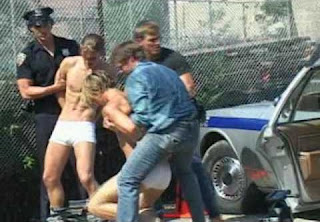 See the video here it has some good, but fleeting, glimpses of the arrest
Posted by Mitchell at 10:13