In Praise of Sailors by Mitchell - 5


In the Royal Navy the bottom hem of the jacket can be quite low showing off the crotch and lower buttocks to great effect - especially if the owner has chosen to tailor his trousers to a close fit (17). 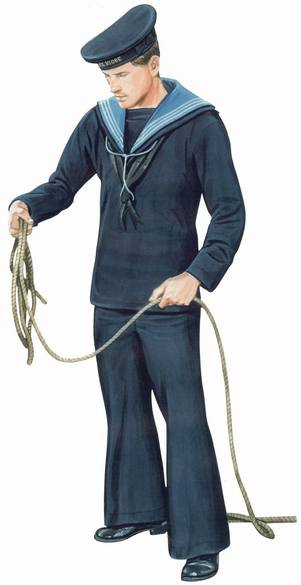 The sailors jacket is worn outside the trousers so there is no belt to emphasise the waist. White belts are sometimes worn over the top to carry weaponry but to my mind the result is not particularly attractive. The cut of the body is sometimes close fitting so that a trim body can be displayed (18). These are real sailors by the way!
. 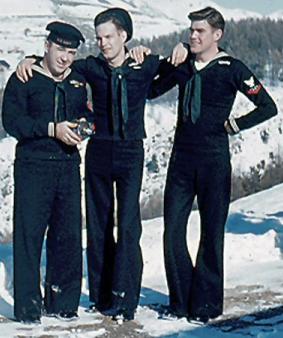 
In other uniforms the lower hem is often at waist level (19)
allowing the fertile mind to visualise a pose with pants removed. 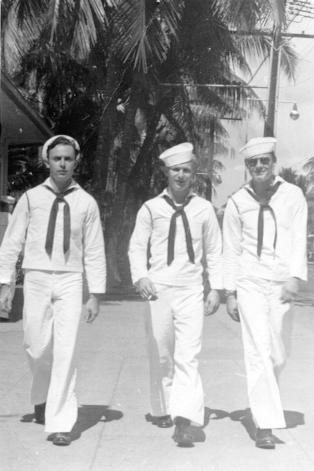 Underneath the USN short jacket the trousers sometimes have
a buttoned flap covering the flies (20). 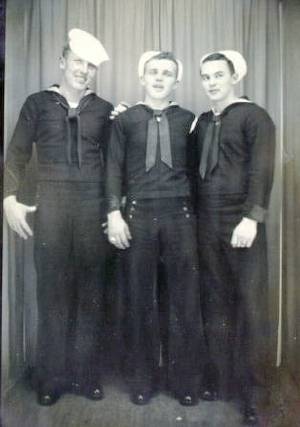 
This modern sailor (21) wears the same style if you look closely
- but I just wanted an excuse to show another attractive black sailor really! Continued in the next episode