Mitchell's 'In Praise of Sailors' - 4 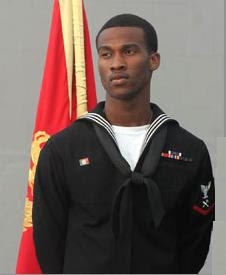 (11)
The shirt worn beneath the jacket further frames the neck - even if it is just a Tee-shirt.
I must say Black sailors look terrific in the USN uniform.
I warn my readers that I have a bit of a fetish for necks!

In the Royal Navy the neck is more open
and the under shirt has a square cut neckline which shows much more flesh.
. 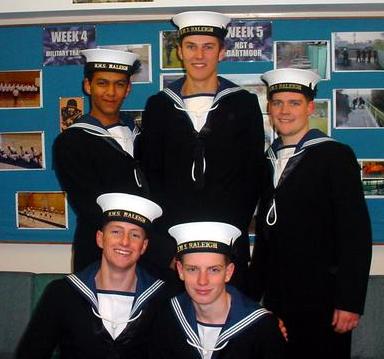 (12)
These young lads are posing in new uniforms for the first time and don’t quite carry off the style - you can see they haven’t got to work on the caps yet! (12) Yesterday’s picture (7) shows more mature men in the same gear but, speaking as a Brit, I do think the US style looks better.
. 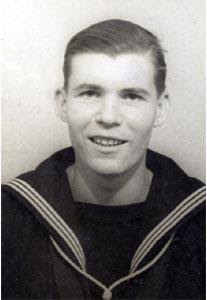 For cold weather there used to be an alternative under jersey in blue
which creates the same attractive result as the USN T-shirt (13). 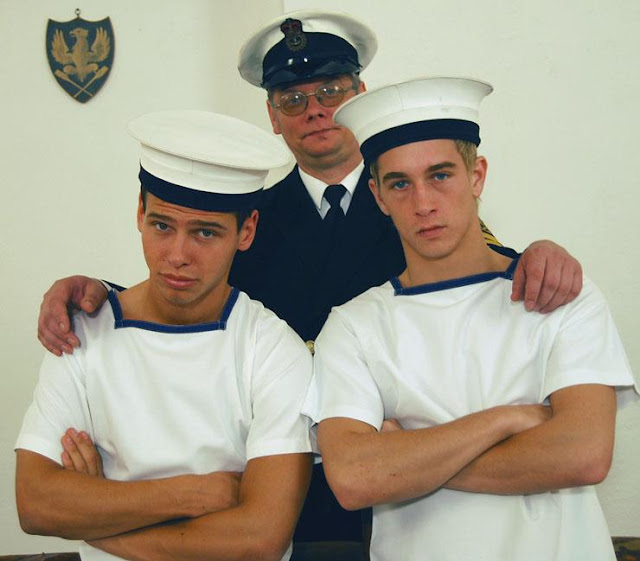 The RN undershirt comes into it’s own when the jacket is removed.
Long sweeps of neck are revealed and the blue trim creates a characteristic naval ‘badge’ (14a).
(This picture is courtesy of Sting Pictures) 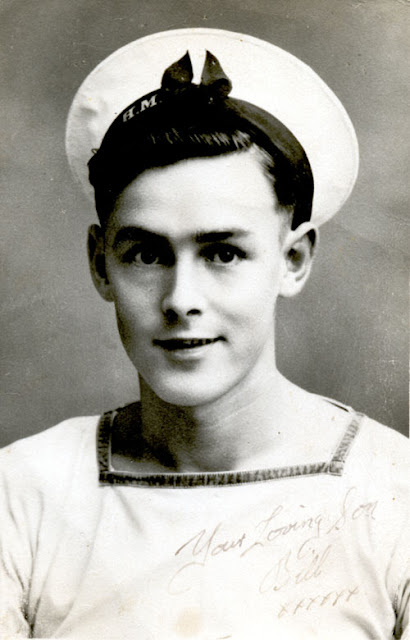 The blue trim fades with washing - a bit like denim does (14b).
I don’t know why this should look attractive but it does! 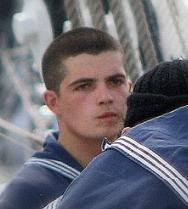 We can’t leave this area of the body without mentioning the distinctive collars which fold back from the neck at the front and drop as a square down the back. The open-ness created by the fold emphasises the neck line creating an effect which is similar to a hood in modern fashions (15). 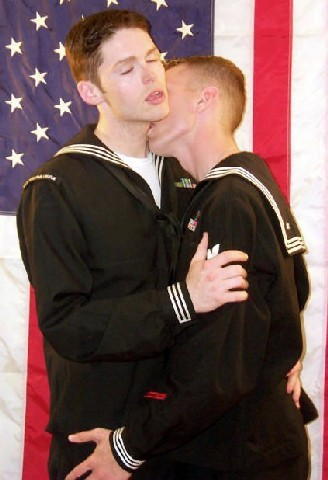 Continued
Read this series from episode 1