Mitchell's A to Z of Fetish Artists - 'C' of Sweden

'C' of Sweden depicts spanking scenes. Spanking as a 'mitchmen' fetish is primarily about domination, submission and humiliation - men on men and that is what I enjoy in 'C's pictures. 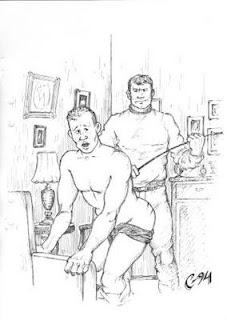