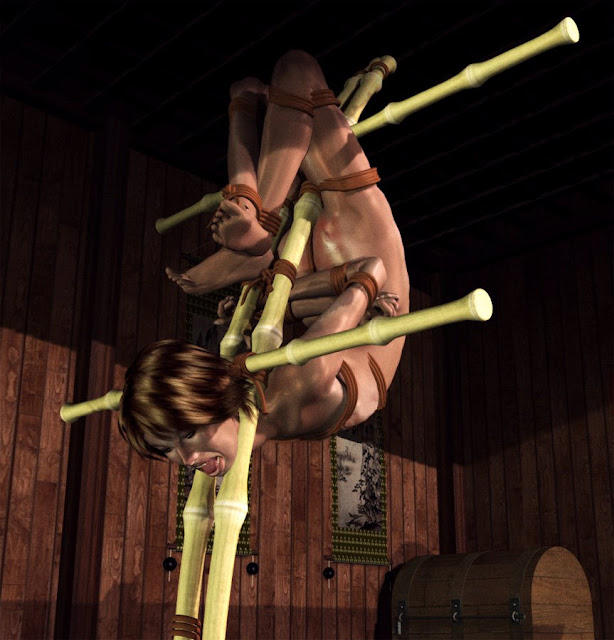 A spectacular image of a humiliating and demanding restraint.

The bamboo support frame is artfully constructed in true shibari fashion to be visually satisfying. It seems to be swaying in response to the captive's struggles, probably creating unpleasant friction against his neck and feelings of insecurity that must be amplified by the tight and fiercely demanding bondage position.

Interestingly, the upper cross pole seems to be just a structural and artistic part of the frame, having no direct role in the restraint although it would seem natural to flex the captive's legs over it. Perhaps that option was rejected as offering too much reassurance of safety to him.

There's evidence of a more conventional spanking having preceded this punishment, so this is corner time with a vengeance! I'd prefer a more mature subject but then again would an older man have the flexibity to endure this?

I have this image labelled as being by 'Murka' but it's not signed and I can't find any other reference to him on the net. Interestingly Google Image Search classifies this image as 'aerobatics'!