I'm on the train!

Budget cuts at the Ministry of Justice meant that convicted prisoners could no longer be transported to jail in private security vans.

Giving up their seats on the train was seen as a useful first step in their rehabilitation.

I can't credit the man responsible for this splendid GIF unfortunately.
. 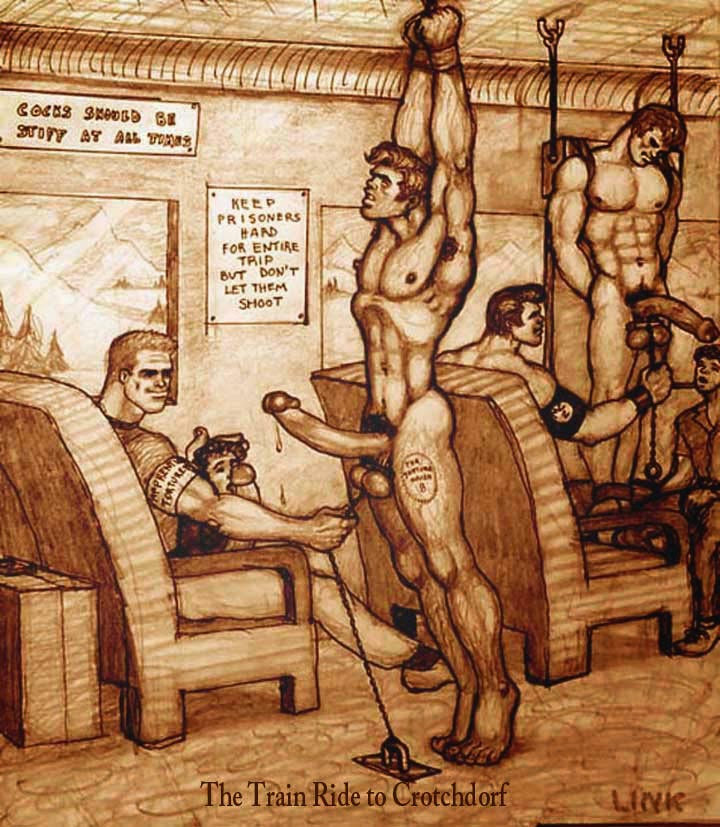 Link - Train Ride To Crotchdorf
The artist 'Link' was rather more generous in his arrangements for transporting prisoners. 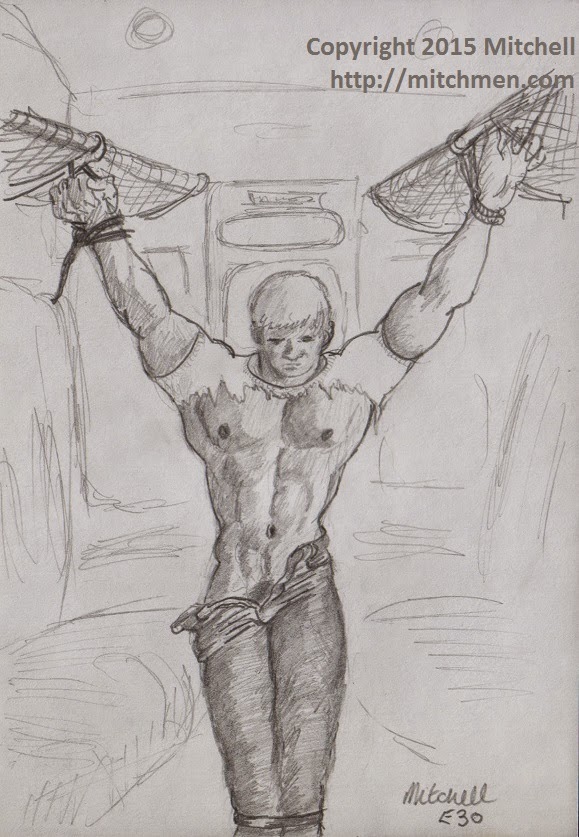 Mitchell - Mugger on a Train

This is an unfinished sketch I did many years ago in the days when railway carriages were not open with through gangways, as is universal now, but split into individual 12 seat compartments  which were completely isolated (and completely private) between stops, affording opportunities for all sorts of nefarious deeds.

This was an illustration from a story in which an over-confident mugger
had the tables turned on him between stations.
(Some of my readers may be able deduce the geographic area
from those distinctive carriage details)

It is readily re-envisaged as a prisoner transport scenario like those above with an unscrupulous escort introducing the newly convicted youth to the predatory nature of the prison life that awaits him. 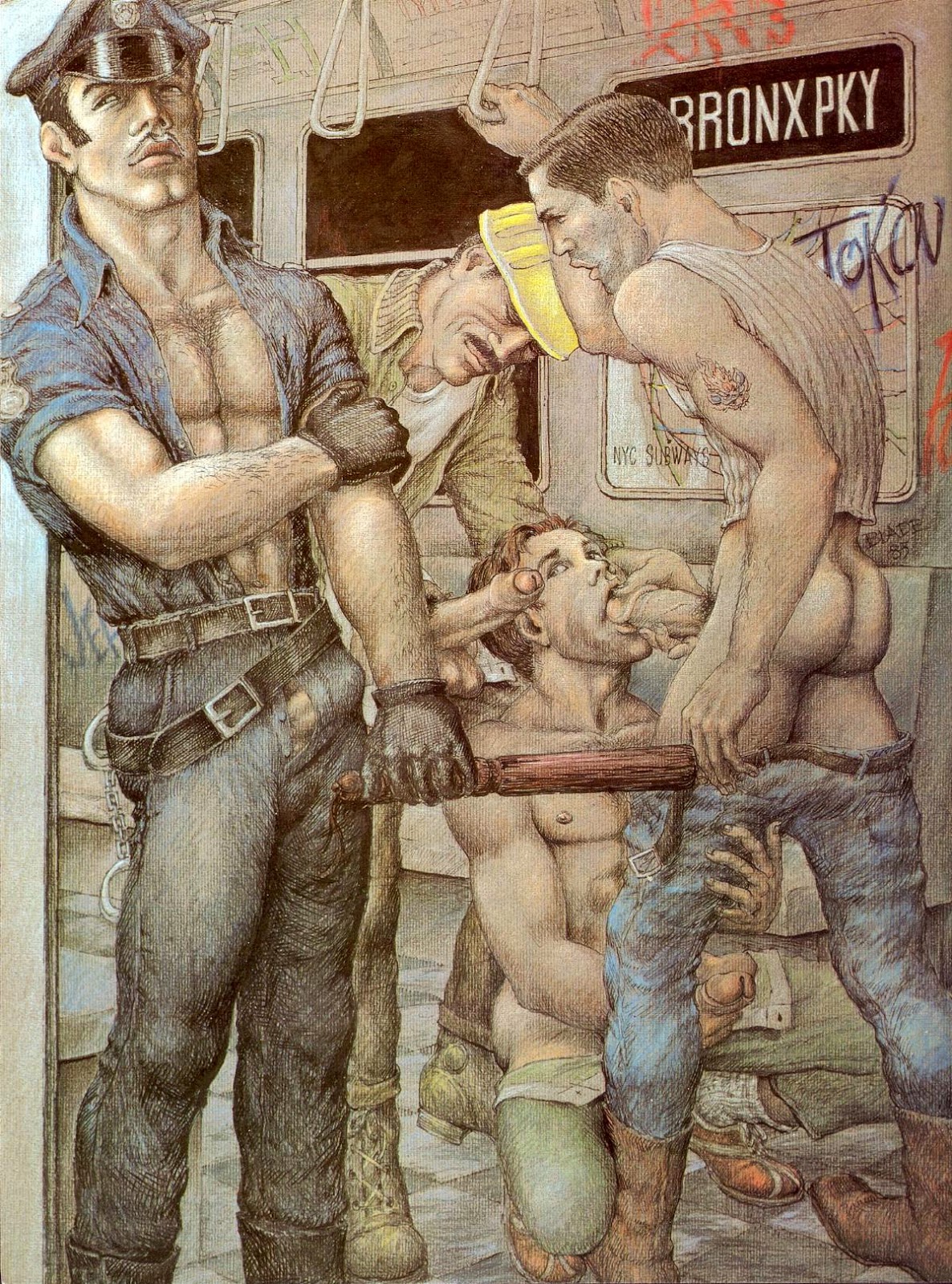 I don't think Blade intended this terrific drawing as a prisoner transport scene either, but it readily allows that interpretation. In this case the repentant felon puts in a bit of community service on his way to the clink while his guard/escort turns a blind eye.

If you discard my prisoner story overlay and view the picture afresh you can see that there's an equally interesting story here of a young man who likes the excitement of casual, rough sex (of a sort), being lured into something even rougher and much more dangerous, dark and forbidden. This is symbolised by the uniform (promising him discipline), the gloves (a barrier to intimate contact, coldness), the handcuffs and the wooden baton (suggesting the possibility of punishment too).

The apparent indifference of this man to him (clearly faked, as we can see) is only increasing his appeal of course. The dribbling baton-end signifies that this is where the young man can find ultimate satisfaction.

Paradoxically there's also an element of  'if only he would notice me' in the uniformed man's dreamy attitude, a frustrated desire quite at odds with his superficially powerful image. We've all been there, but in the more secretive era when Blade drew this, unrequited longing was an even more universal feeling. This perceptive realism tells you why Blade is so respected, you won't find this subtlety in Tom of Finland.

Southern Railway/Region and First class too!

I knew someone would spot it, but it's not supposed to be first class. If I remember correctly they had stickers on the window and the seats had more legroom (although you can't judge that from my picture). Some of these compartments were even reserved for 'ladies'.