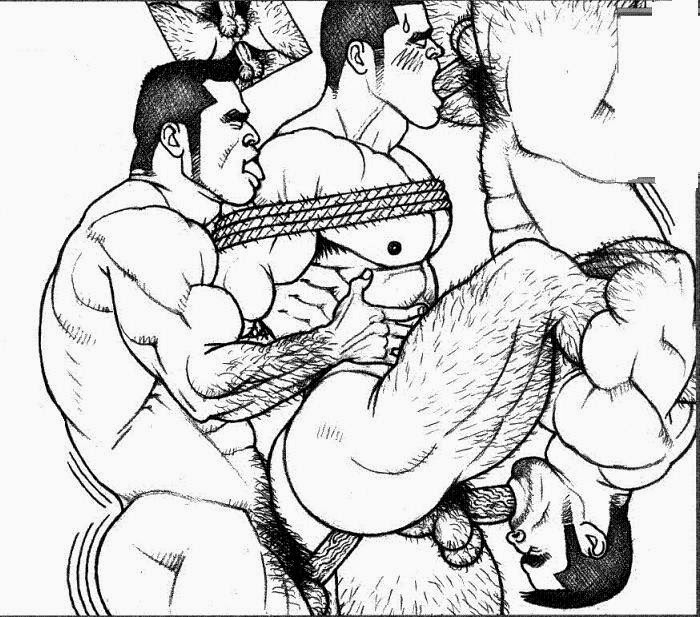 Another Japanese artist who I only know from a group of images which depict a selection of mildly kinky encounters of which the bound for sex image above is probably the most significant for this series. These pictures originally included substantial Japanese texts which some misguided soul has edited out. If you search for the artist and add the words gay art you should find the full version of this one. 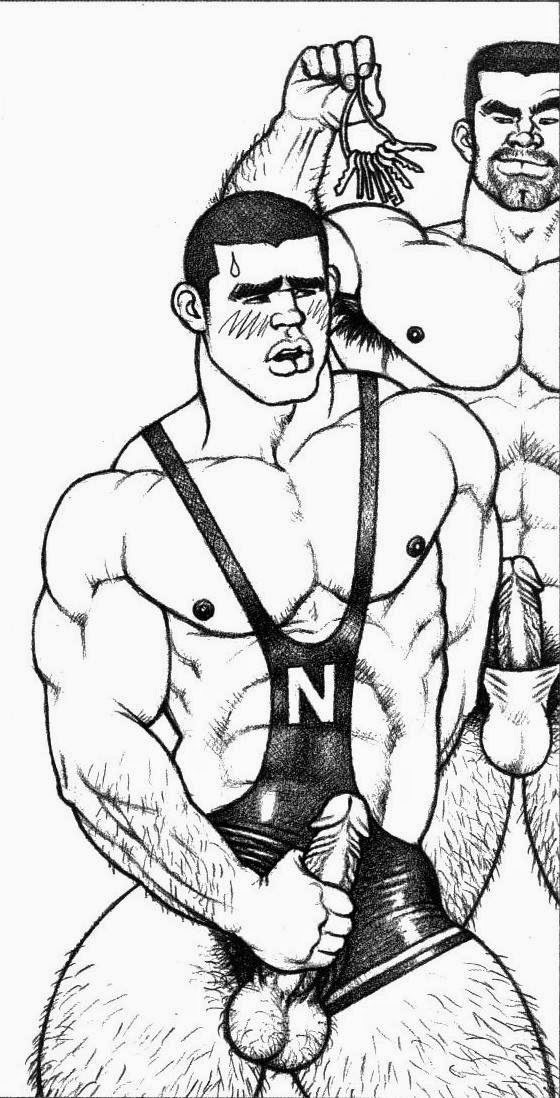 I prefer this image with it's sexy, shiny leotard and elements of embarrassment and control from the minder behind. Oh that we had the explanatory text! Presumably it's not a wife swapping party but if the 'wives' were all like this, well I don't mind if I do! I believe the cropping of the actual pictures is down to the artist not any third party. There was a vogue for this sort of thing in the 1980's magazines but the explicit subject matter suggests a later date. 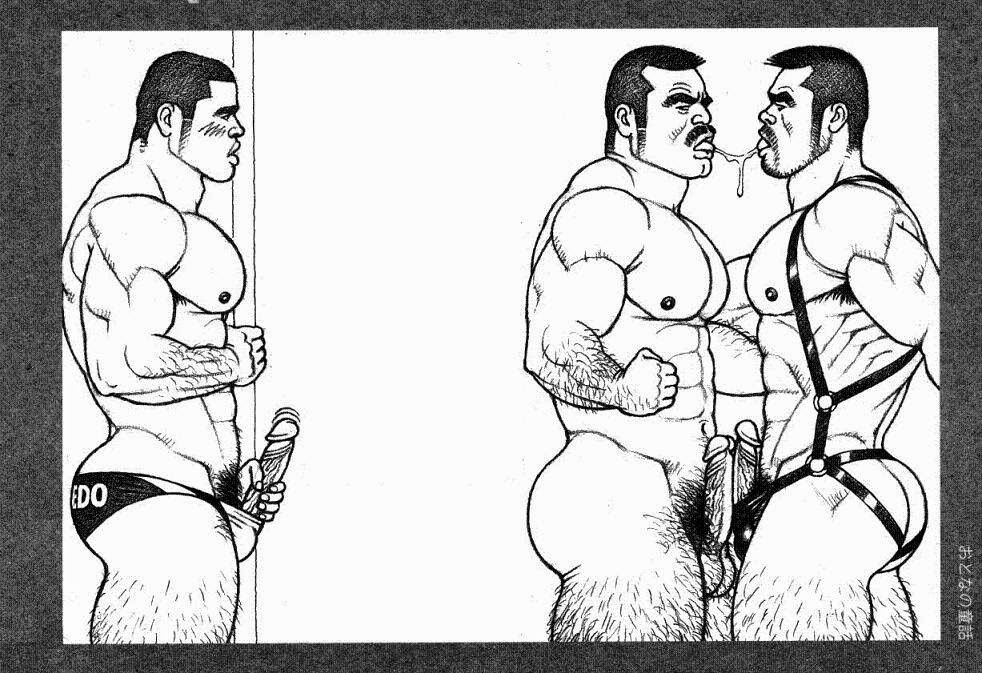 For my money the chunky athlete in speedos watching some leather guys at it steals this scene too. I love the way that Japanese artists revel erotica with sporting references, like the rugby story in the last article.

These are marvellous, stylish images and I wish I could find more work by this artist
(can anyone help out?)

For previous articles in this series click on the A-Z label below
Posted by Mitchell at 18:25