The Adventures of Leo, The Captured Cop 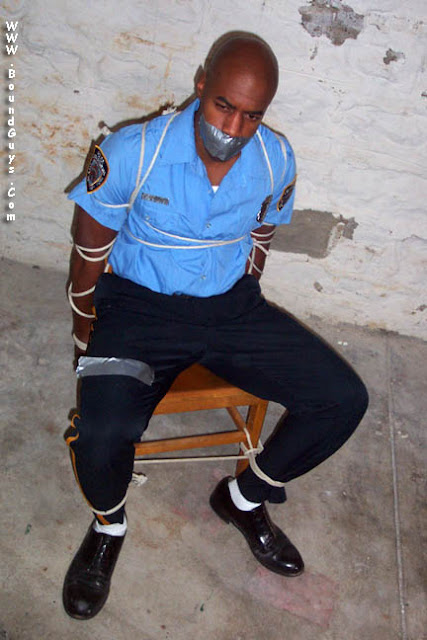 When he came to, the last thing Leo could remember
was being called to a bar to sort out a brawl.
It should have been just a routine, night patrol incident
But when he got there, it was like they were waiting for him.
There was a scuffle but he couldn't remember what happened after that. 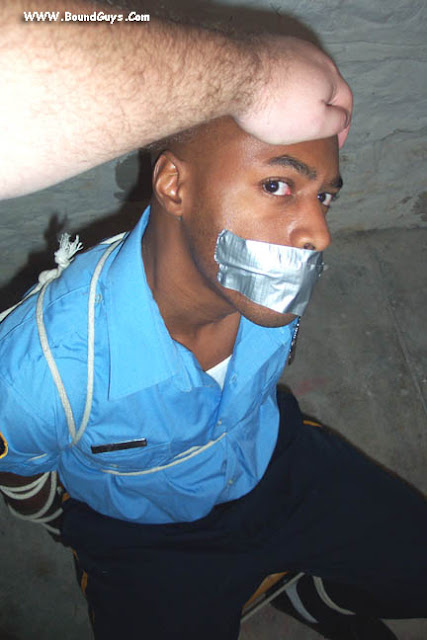 A man entered the cell and began to taunt him.
"Wakey, wakey Leo, this is the start of your new life!"

He grabbed at Leo's uniform, saying
"First, let's see what you've really got!" 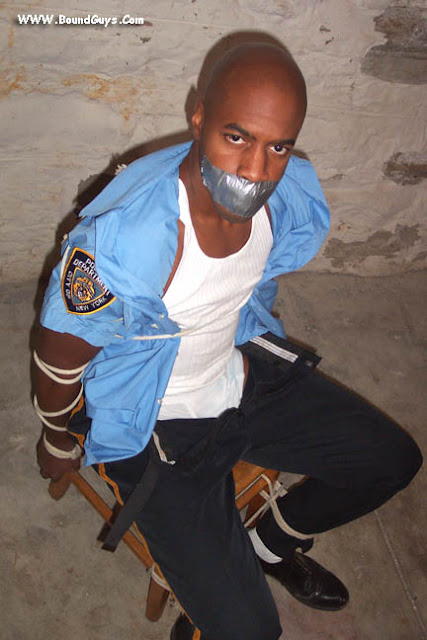 Shirt buttons and fly zip are opened to reveal Leo's white singlet and underpants.
"That's interesting underwear you're wearing, Leo" opines his Captor,
"It tells me you're clean living, modest and not very adventurous, I reckon.
Unfortunately, we don't get much call for that these days,
so that may have to change. Ha, ha, ha, ha, ha!
Let's see some more.........." 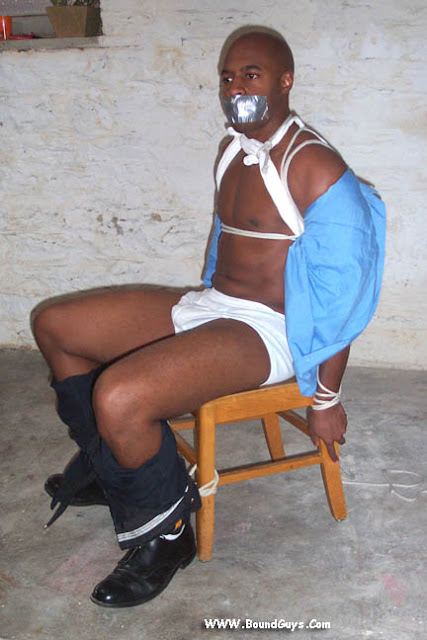 And a  few seconds later......
"Love those thighs Leo! That uniform definitely doesn't do you justice.
You ought to be in a job where you can use that hunky body." 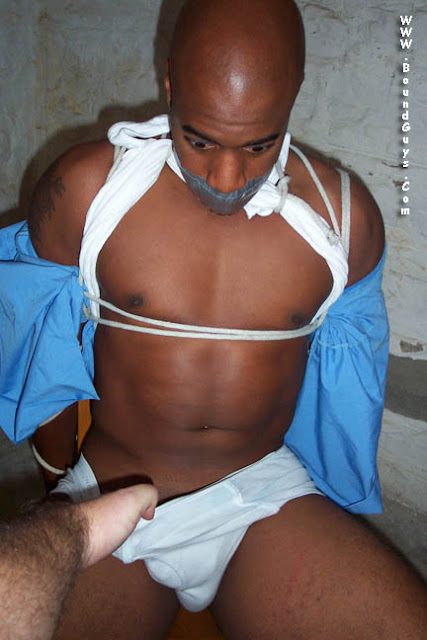 "Now Leo, what else is there to see?" 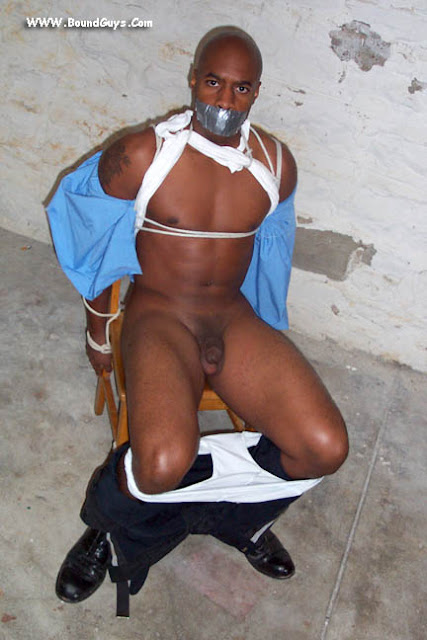 "Well now, shaved pubes eh? Maybe I was wrong about your adventurousness after all.
I can definitely see potential, in fact I know someone who'd love to look you over.
I'll go and call him now....Oh, I nearly forgot....." 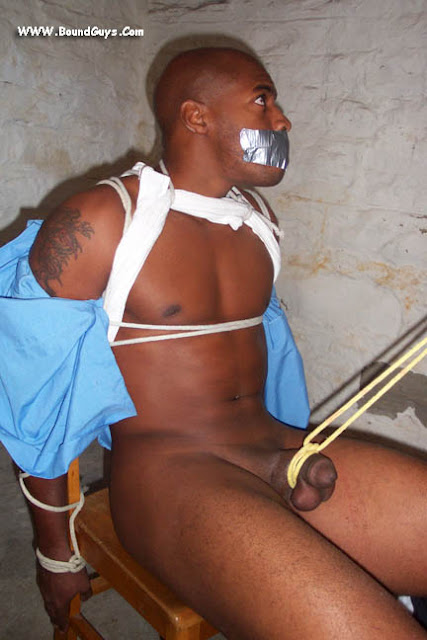 " .....Just so you don't get any ideas of escaping.
Mmmmm Leo, Leo!
I think you were just made to be cock-tethered!" 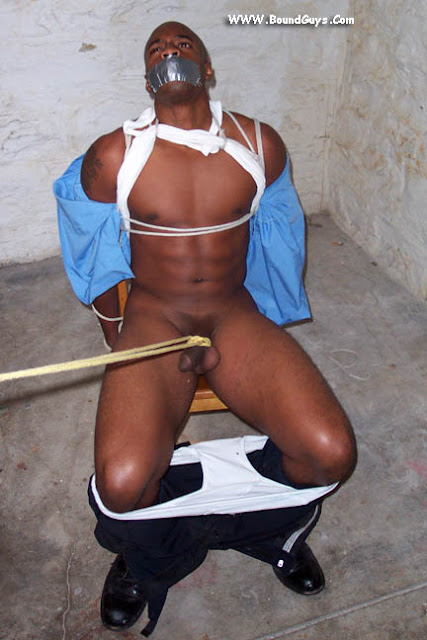 "I won't be long Leo. don't go away!"
The Captor departed leaving Leo alone in the chilly cell,
contemplating his fate.

Go to Part 2
Pictures of Leo courtesy of Bound Guys