A Cute Young Man Gets Spanked

Spanking isn't exactly what Bound Gods is famed for, although every film they produce must feature it at some point. I've picked out this sequence because I find it really attractive to look at and because it's a scenario believably rooted in everyday life (although not for long). 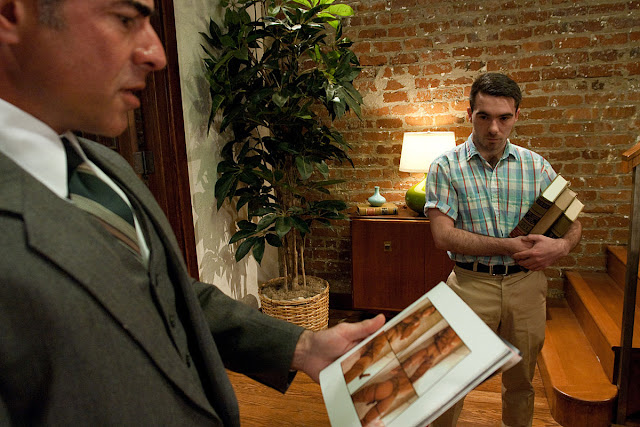 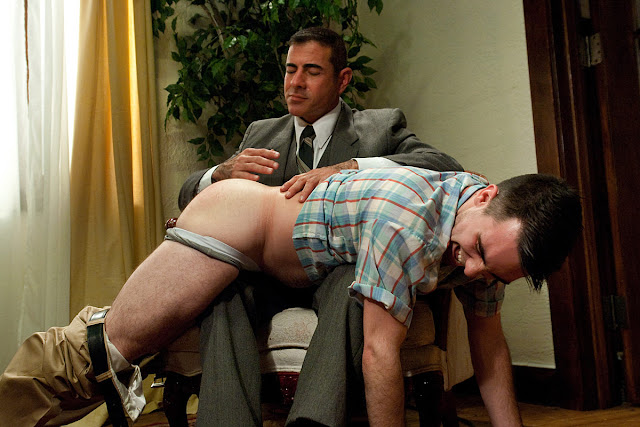 Nick decides to punish his son by spanking him bare assed. Colton's a pretty grown up looking son and he argues with Nick to avoid this childish punishment, but as you can see it's in vain. He's allowed to keep his clothes on and his underpants are lowered only as far as necessary to expose his buttocks, but the rolled down pants succinctly sum up his humiliation and add visual emphasis to his bare backside. It's also a welcome touch of realism to me but you'd have thought Nick would remove his expensive looking jacket for this task. 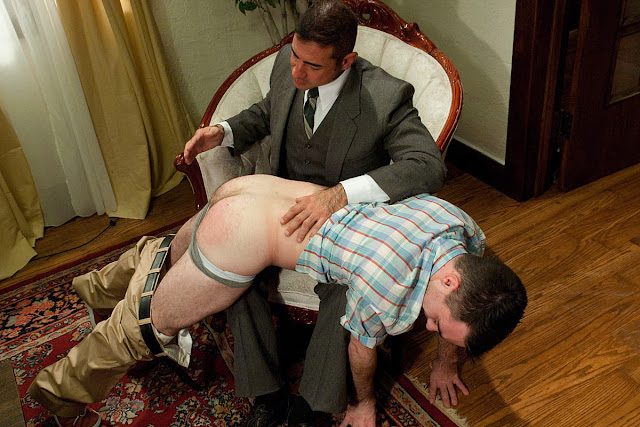 Colton looks so sweet sprawled over his dad's lap in this outfit, I love the youthful red sneakers, but his hairy backside, now starting to turn pink, shows his real maturity. Nick's choice of chair with it's restricting arms suggests he hasn't had to do this before, making Colton's comeuppance all the more unexpected to him, but possibly less painful than it might have been if dad had been able to get a good swing at his ass. 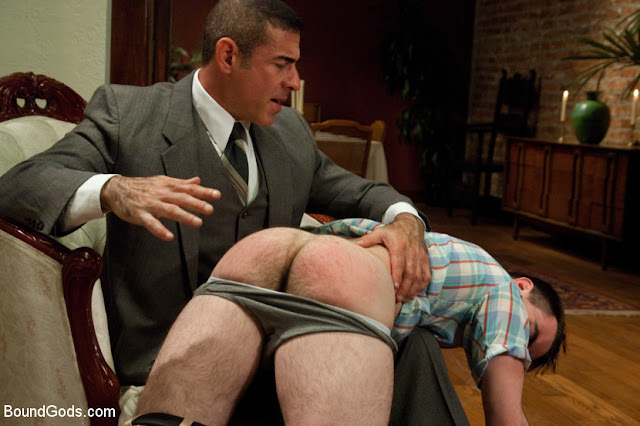 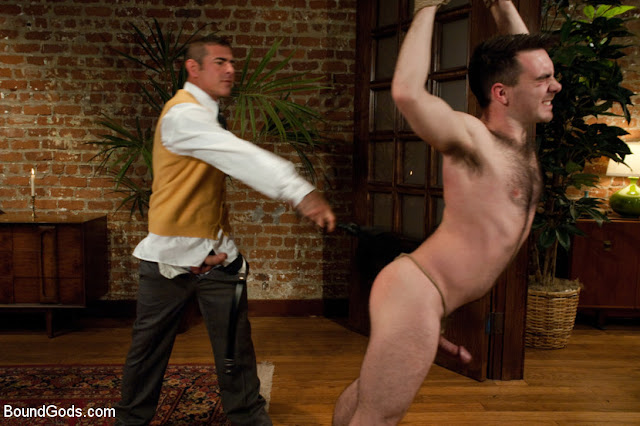 In the full movie Nick goes on to subject his son to an intense bondage scene and sex, supposedly to put him off pursuing this interest. It's all a bit too fanciful for me but good fetish stuff if you disregard the plot. This picture shows a classic, realistic-looking Bound Gods thrashing and Colton looks just as cute dressed in rope as he did in the check shirt.
Ref: Bound Gods 9161 The Reynolds

Read this series from the Start
Posted by Mitchell at 10:20