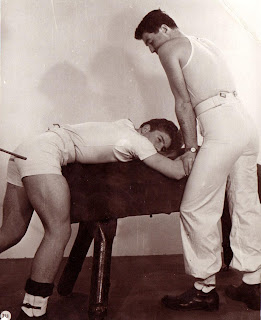 Sailor Held Down For Caning
Today's sailor images from Royale rank amongst their most memorable and well known. They depict a sailor in white shorts being held down over a vaulting horse and caned. The victim has a manly physique including formidable thighs which amply fill his tight shorts. 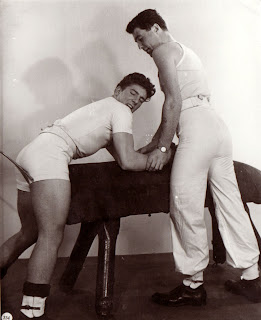