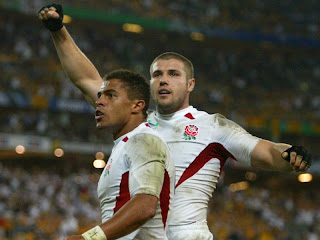 Ben Cohen's cute, boyish looks have made him a long time favourite with guys who would never pick up a rugby ball. In this picture he dwarfs Jason Robinson - who has his own compact charms. 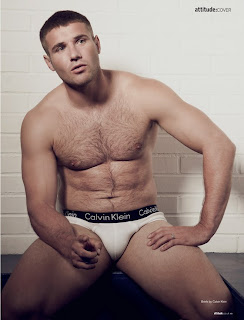 Ben embraces his iconic status happily. This picture is part of a feature for Attitude magazine in which he reveals some other attractions, a chubby muscularity and a natural hairy body. The swirling hair shapes on Ben's chest are almost artistic showing off it's curves and shape.
This nice lump in his pants is as close as you are likely to get to Ben's most interesting tackle. Nude pictures circulating on the net are fakes. 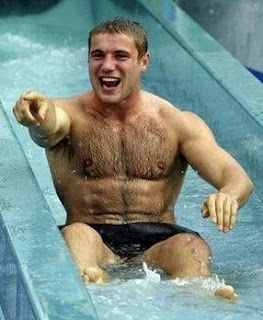 Ben takes his clothes off so often, it's quite hard to find decent pictures of him in his Rugby clothes! This picture shows his fun side and a more flattering shot of his torso. 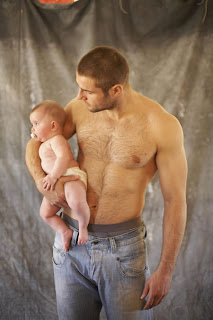 Ben poses with baby for a charity campaign. If there are doubters out there, his choice of clothing says straight, straight, straight. Unfortunately his self assured indifference makes him all the more desirable.
Posted by Mitchell at 07:45