In Praise of Y-Fronts - 16 Vests and Pants


I introduced this series by reminiscing about catalogue models with vests tucked inside their underwear and these pictures show a modern take on this theme. I find this combination sexier than, say, briefs alone. Maybe there's a connection with the superhero dress code! 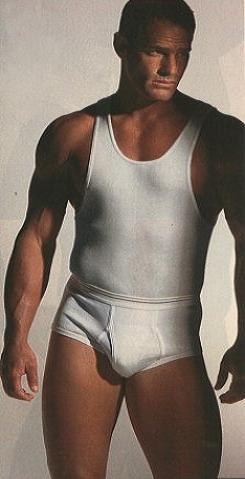 The moody model in picture 1 shows the attraction quite well, I think. The garments are not overtly sexy but fit neatly and the image smoulders with sex. Perhaps it's the unexpected combination of hunky man and conventional apparel. He looks like he's about to undertake a task of some kind rather than being in the middle of getting dressed. His facial expression also suggests a degree of doubt with the situation. This is another picture where the garments look as though they have been worn before and belong to the model. 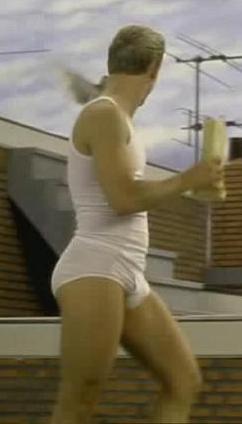 In picture 2 the clingy garments create a sexy outline and the pocket at the front looks great. The pose suggests flight and combined with the state of partial undress conjures up overtones of danger, embarrassment, exposure 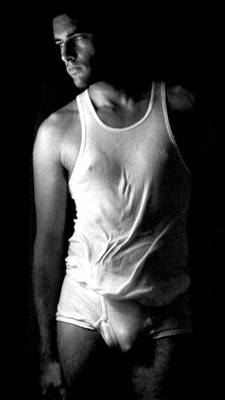 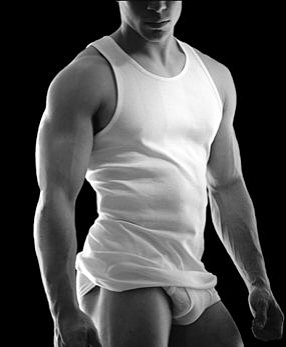 In the final picture the oversize vest is outside the pants and very new looking. This isn't sexy but I love the way the seams of his underpants billow out from below.


Read this series from the start
Posted by Mitchell at 12:15