Our journey through the letter ‘F’ has enabled me to mine a rich vein of artistic talent and today’s final contender is no different. Ed Fury (aka Marc Ming Chan) shows real men not boys. 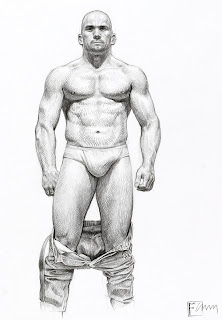 They are of muscular build but with a realistic padding of fat and generous patches of body hair (though their head hair is usually cropped very short). 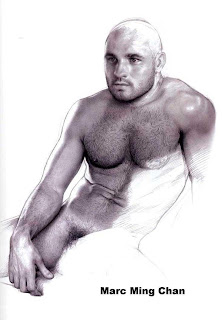 In these portraits he projects a sense of male animal strength which makes them very arresting. Some of his pictures are eye-catching for a different reason. He uses a technique that presents the image as though it were a hyper-realistic black and white photograph. Obviously this is a highly accomplished artist. His simpler cross-hatched style in the man in underpants picture above is equally stylish - although perhaps a little too severe for drooling over.
.
Soldiers feature prominently in his output which is a refreshing change and in the action pictures they are often shown dominating other men, tying them up and humiliating them as in the example below. 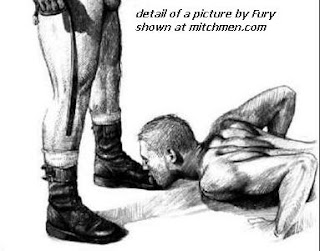 All these pictures are notable for their economy of style, concentrating on uncomplicated but powerful, well balanced images. There is sufficient detail of clothing etc to create a context but they stop short of becoming a full blown ‘story picture’ of a particular scene and place. In other words this is thoughtful art as well as stimulating eroticism. 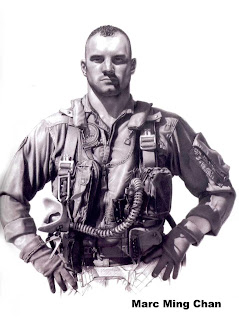