In Praise of Sailors by Mitchell - 7

Before we leave the Sailors formal uniform I’ll just mention white coloured version which we have already seen. This colour emphasises the shape of the body and adds bulk. There are associations with cleanliness and purity as well. We all know that a white outfit on any man is a very bold advertisement! (26)
. 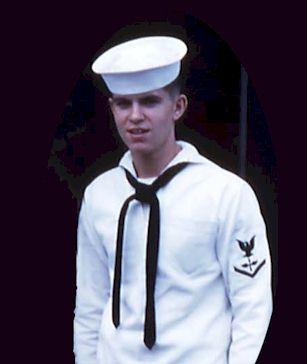 I still remember seeing three USN sailors all dressed in white ambling down a street in my home town some years ago. It made an indelible impression, they seemed so tall, big and handsome!

Even in their fatigues sailors remain equally attractive - the buttoned breast pockets and epaulets emphasising chest and shoulders are universal military imagery of course but the trousers have the same allure as denim jeans with folds radiating out from the crotch area and worn areas emphasising rounded contours. And oh, those caps are so deliciously sexy! (27)
. 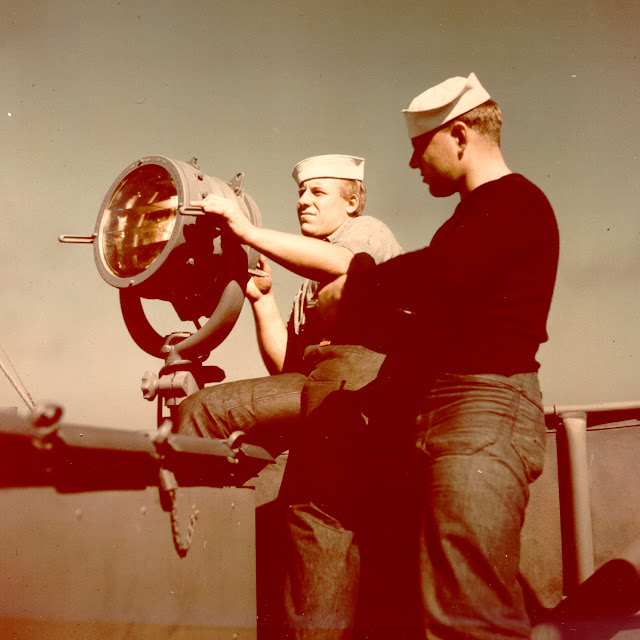 My fascination with sailors can be traced back to my formative years when Hollywood films depicting naval dramas in the Pacific in World War II were regular TV fare. Unlike the British Boys in the chilly Atlantic arena, our American cousins would strip off their shirts to fight……(28) 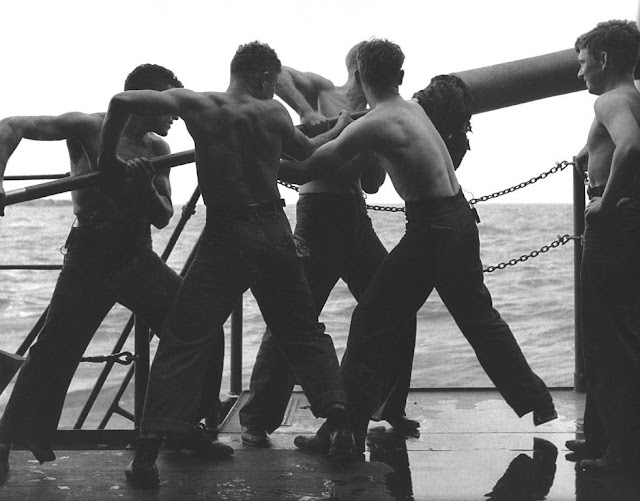 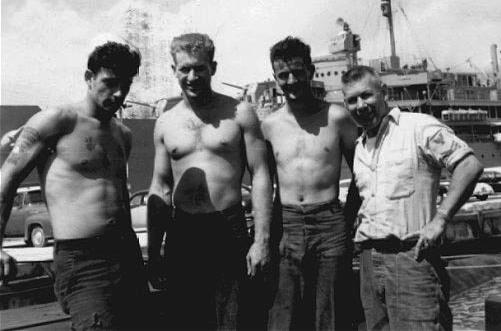 
This picture illustrates nicely the comradeship of sailors
when it was still an exclusive male preserve.

Continued in the next installment