This series is a tentacle saga that's a cut above the average. Starting with a nice physique, Damo develops a genuine sense of tight bondage gradually enveloping Eddie's body and completely restraining him. He also captures the mysterious presence of Venom within Eddie and asserting his hold over him in a way that is both seductive and forceful. 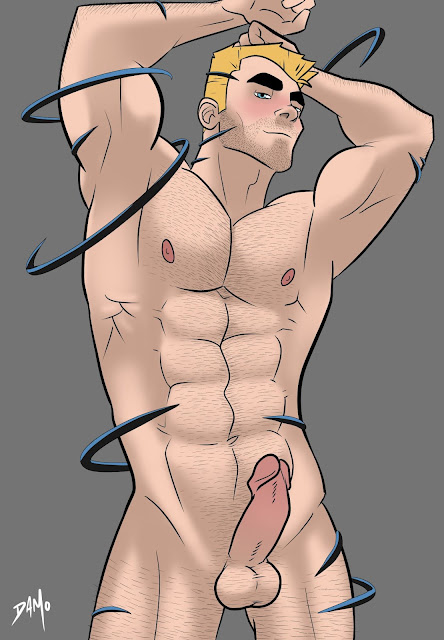 This cutie is yet another take on Eddie Brock by Damo,
this time he manages to make him look both butch and roguish
as befits his villainous role in the Spiderman stories.
Venom's tentacles curl around him poised to take control.
The symbiote lives inside Eddie and this image
creates the impression of an electrifying power within,
although Eddie himself has no super-powers. 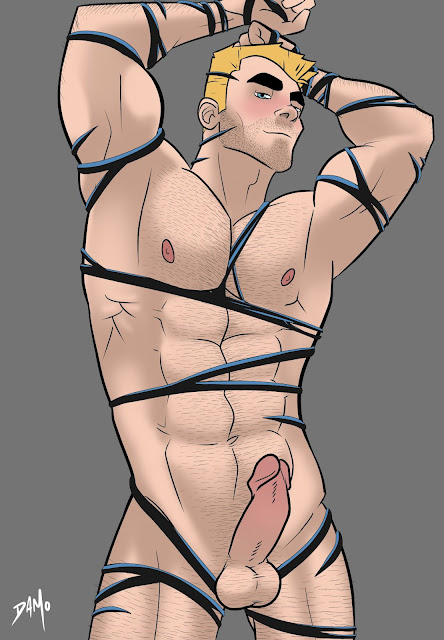 As the web-like bindings tighten round his body
Eddie shows no reaction, but the effect is to
makes him look stronger and still in control. 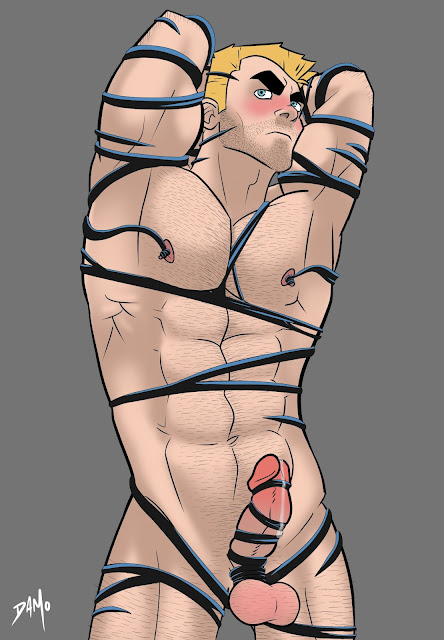 Composure is replaced by annoyance as his arms are pulled behind his head,
It's a classic bodybuilder pose, but there's a real sense of strength restrained.
As his nipples are teased, Eddies cheeks to suffuse with redness
His cock and balls bulge from their tight restraints, he begins to leak. 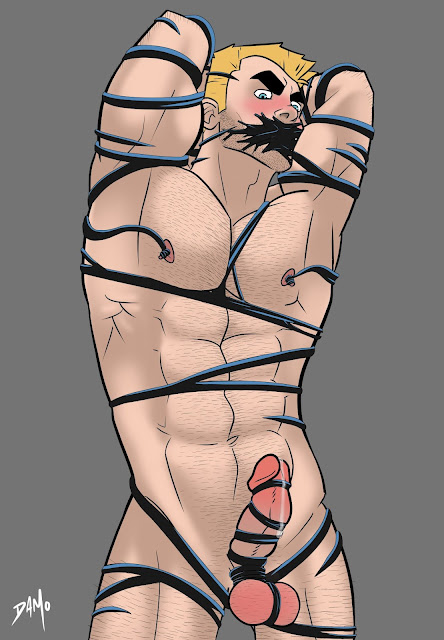 When finally a gag seals his mouth
He looks impotent and angry
Watching his balls being divided. 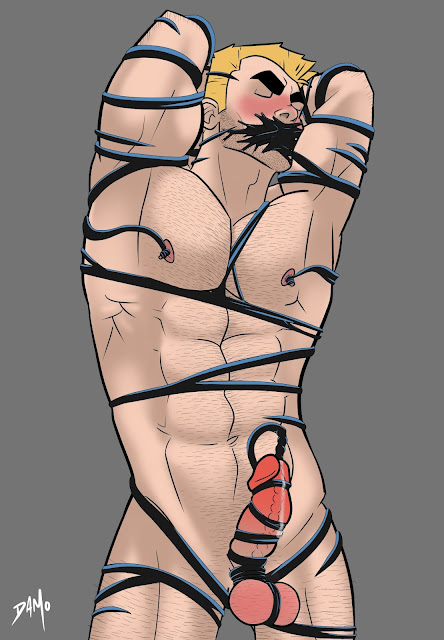 When bobbly tentacle drives inside his cock shaft
Eddies eyes close in ecstasy
The oozing of fluid continues. 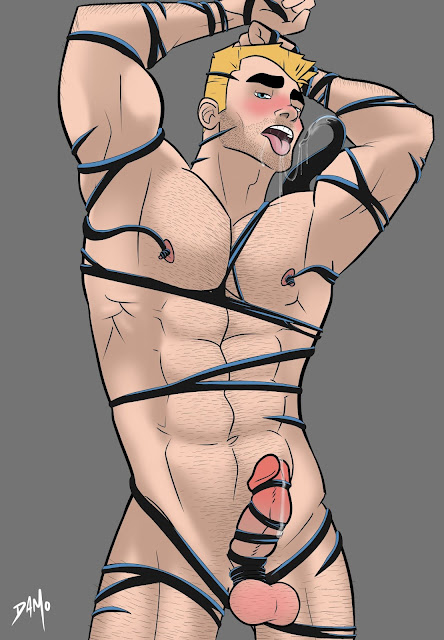 Eddie looks so cute and happy here!
Sexy in his mesh of tentacles
See Part 1 of this mitchmen post for site links for Damo's art
Posted by Mitchell at 21:13