These images come from the RetroRope Blog which is a fairly recent arrival.
It's full of original, good quality, bondage imagery. 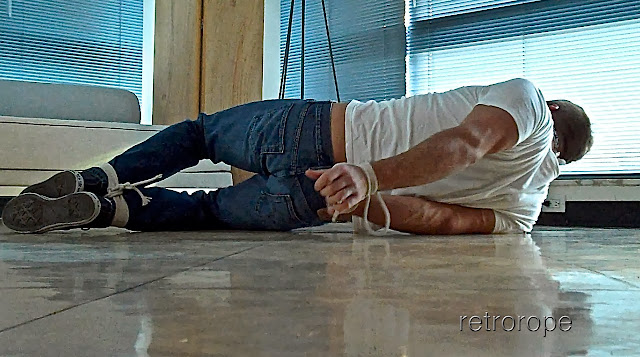 For the most part the guys are fully dressed in simple, masculine clothes, like the classic white tee-shirt and jeans above. This gives air of authenticity, regular guys, a visiting workman perhaps,  come to fix the plumbing, then unexpectedly trapped and made captive. 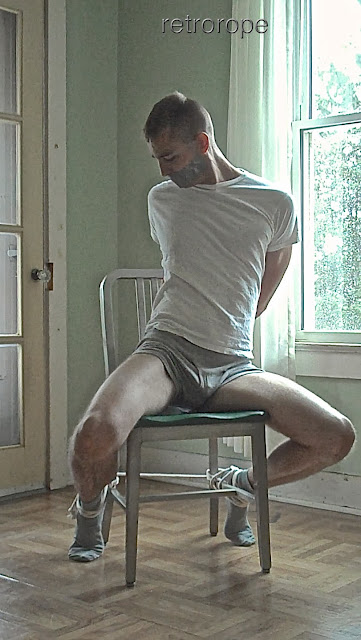 The stuggles of the captives trying to escape their bondage are particularly well depicted and purposeful. This young man twists round to assess his position while his captor is away, no doubt examining the pockets of his trousers to discover more about his unwanted visitor. 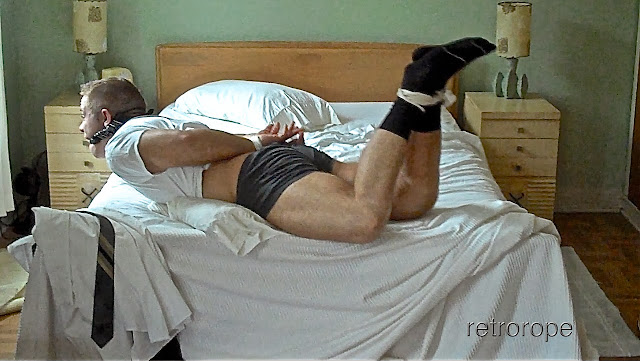 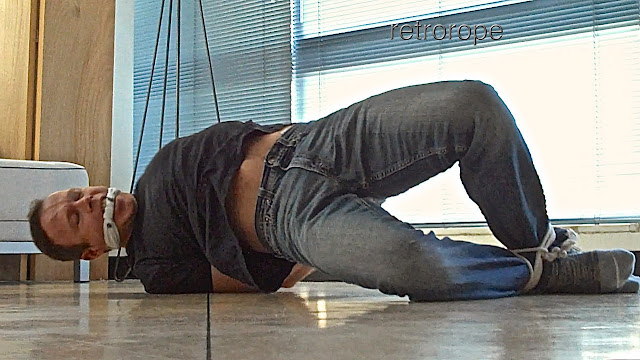 The bondage formula is simple - hands, feet and gag. It allows the men great freedom to struggle and flex their bodies. How little it takes for a strong man to be placed under control. 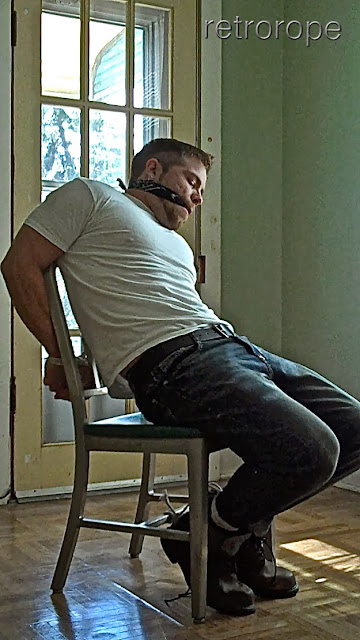 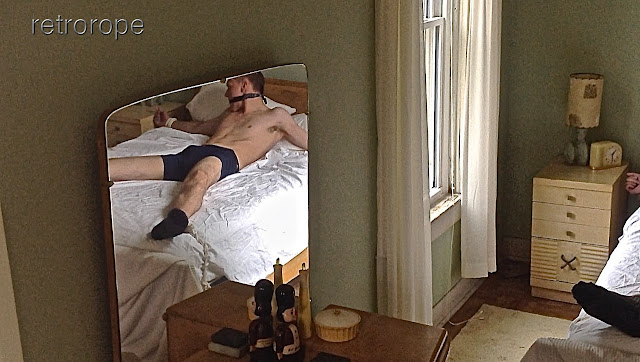 The earthy colours and uncluttered appearance of the apartment setting used by the photographer gives a stylish feel to the pictures and focusses attention firmly on the models and their plight. No garish duvets here! This spread-eagle position does not permit much body movement but the use of a mirror reflection adds psychological interest, making it seem as though we are there, spying on the struggles of the frightened captive who is unaware of us watching him. 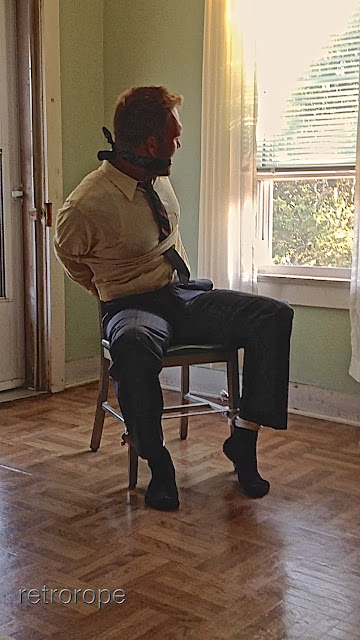 Hoping for a rescuer?
I'm glad the captor made this salesman remove his jacket before tying him up. Jackets look messy scrunched up with rope and shirts are more revealing, spot the nipple! The white vest worn unself-consciously beneath the shirt is another delightful 'real man' touch.

For this man, the possibility of escape has been made more difficult by the removal of his shoes.The level of restraint is more aggressive too. The chest and upper arm binding limits the scope for him to slip out of his wrist ties, Tieing his ankles to the cross bracing of the chair makes lifting his leg that much harder too. His feet can barely reach the floor, showing their shape to good effect for those of us who enjoy such things.

For more examples visit RetroRope Blog
Posted by Mitchell at 04:43