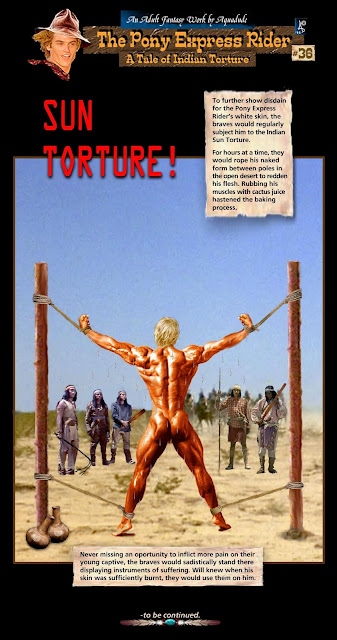 In his stories, the improbably handsome hero is captured and subjected to a succession of violent and humiliating tortures all graphically depicted in long sequences of dozens of images.

This picture is plate 36 from Aquadude's latest story "The Pony Express Rider" and is a typical striking image. It's not perfect technically (Aquadude's best work is astonishingly 'seamless') but it does demonstrate the montage technique which he uses and it's power to conjure up exciting sexy scenarios.

You can see more of Aquadude's work at Aquadude Bunker
see also Aquadude at Wordpress
Posted by Mitchell at 07:36